OPINION: Gavin Newsom’s leadership is just what California needs amid a pandemic 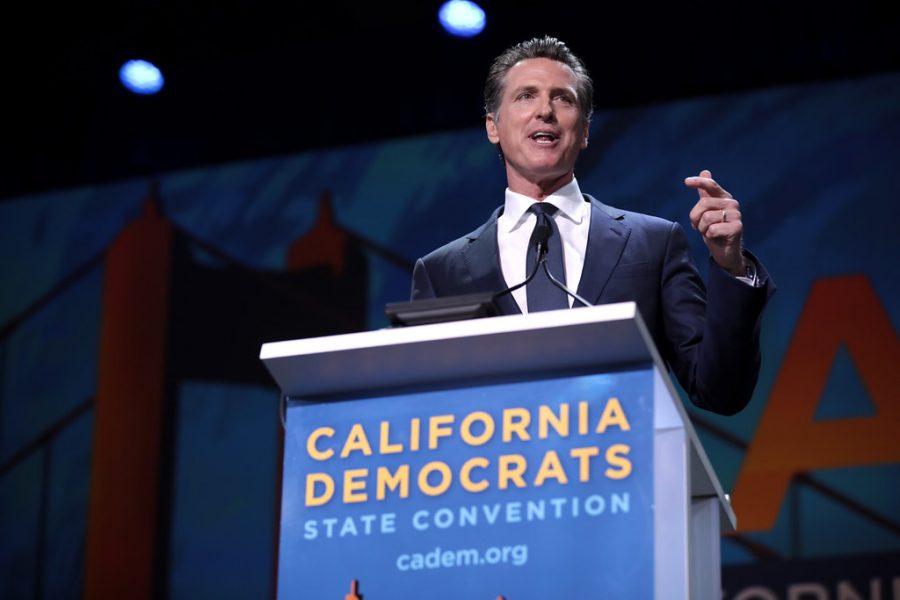 When Gov. Gavin Newsom announced Monday that the state would be rolling back its reopening, the uproar began. Angry Californians took to social media to express their dismay with the governor and the hashtag #RecallGavin2020 was the most trending topic on Twitter under the politics section for a few hours after his announcement.

When I looked on Twitter on Monday I was disgusted with some of the things people were writing. I saw some people use words like tyrant and dictator. I saw another who called him a menace to humanity.

I’m tired of it. Newsom didn’t cause COVID-19 cases to rise. Newsom didn’t tell people to go outside without a mask. So why is he getting the blame for everything? People need to realize that the decisions he is making are in the best interest of California.

Being the governor of the most populated state in the country is already a tough job, but add a global pandemic to the table and it’s an unimaginable position to be in. As far as I’m concerned, Newsom will go down as the hero that delivered us through the COVID-19 pandemic in California.

Meanwhile, the New York Times reported that Florida has hit a seven-day average of 9,957 cases, an increase from the average of 7,870 they reported on July 2. What is Gov. Ron DeSantis doing? Nothing much, except for approving the reopening of Walt Disney World and blaming the media for his coronavirus response.

Georgia Gov. Brian Kemp is suing the mayor of Atlanta for requiring their citizens to wear masks, and Arizona Gov. Doug Ducey said last week that he won’t reimpose that statewide stay-at-home order even as cases continue to rise.

This isn’t the only good decision that Newsom made throughout the pandemic though. Under his leadership, California became the first state to enter an initial lockdown on March 19, when there were 900 confirmed cases and 19 deaths, no doubt saving countless lives. He also procured 260 million masks from BYD North America in order to open more sectors of the economy in a safe manner.

Throughout the pandemic, Newsom has laid everything out for us. He never left us in the dark and he always reminded us that politics and personal feelings would never drive his decision making. He’s executed at a time that undoubtedly will be remembered as the toughest point of his term as governor.

Newsom is far from perfect. He’s made mistakes and has his shortcomings. Looking back there are things he could’ve done better, like offer more aid to small businesses, issue the state’s mask mandate weeks earlier and not reopen so much of the economy so soon. In the end though, he shouldn’t be blamed for other people’s mistakes or their unwillingness to listen.

In the future, many of his critics will back down and admit they’re wrong. If Newsom would’ve done it their way, thousands more would’ve died and there would be countless more cases.

Sorry Karen, your shopping spree isn’t worth someone else’s life.

So California, if you think that Newsom is doing a bad job, just look at places like Arizona, Florida and Georgia. Then you’ll realize that Newsom was the hero we needed.