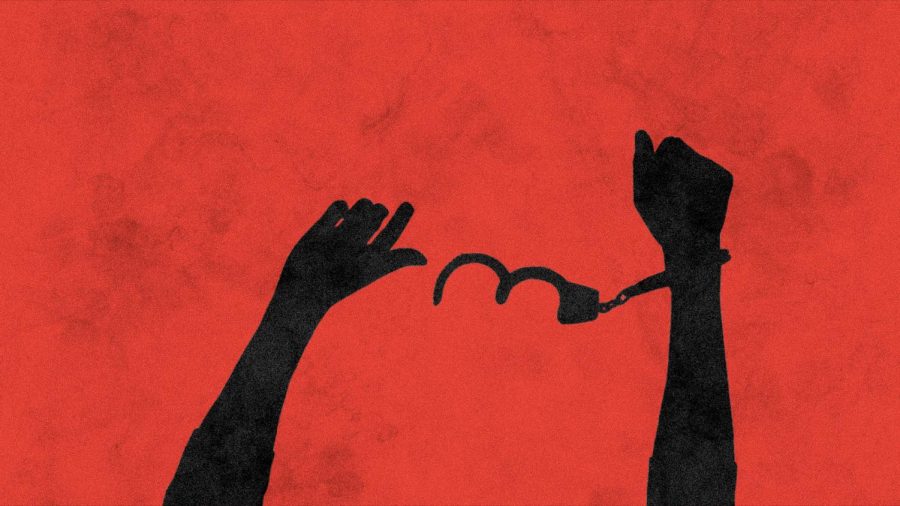 Graphic based on illustration by Mohamed Assan. Overlay by texture library Poliigon.

All around the country people are awarded compensation for injuries they’ve sustained at work, in car accidents or for any wrongdoings. However, Black people have never received a single dime of compensation for the historical injustices against them.

The Declaration of Independence says, “We hold these truths to be self-evident, that all men are created equal, that they are endowed by their Creator with certain unalienable Rights, that among these are Life, Liberty, and the pursuit of Happiness.”

Our nation is built on false proclamations because Black people have never been treated as equal and do not have full liberty. America needs to step up and recognize that they owe Black people more than lame apologies. They owe us substantial financial compensation for how the nation has treated us the past 400 years.

The government claims to be for the people, but how can they go on without trying to right the most glaring issue in American history?

Just gonna leave you with this little nugget:

Reparations aren’t just about apologizing for the wrongdoings against Black people — they are about making amends for the harm that has been caused. An AP-NORC poll conducted in October 2019 concluded that 74% of Black people favored reparations but only 15% of White people concurred.

Luckily, the issue of reparations is front and center amid the protests in response to the death of George Floyd. It’s been clear for a long time that Black people deserve reparations but now the calls are stronger than ever before as people open their eyes to the injustices that surround them.

A bill introduced by Shirley Weber passed by a vote of 56-5 in the California State Assembly on June 11 that would create a task force to study the issue of reparations and who would be eligible. The bill would need to be signed into law by Gov. Gavin Newsom.

This isn’t the first time that a bill like this has been introduced. In 2019, Rep. Sheila Jackson Lee (D) introduced H.R. 40, a bill that would create a commission to study a possible national apology and reparations for slavery as well as racial and economic discrimination towards African Americans.

To me, these bills are counterproductive and pointless. We don’t need task forces to “study.” What is there to study when the evidence is sitting right in front of their eyes? There are over 47 million people that identify as Black or African American in the U.S.

For White people, especially those that are politicians, it’s hard to understand why reparations mean so much to the Black community, but if we look through American history the story tells itself. And for clarification, I’m talking about the true history of America, not the phony stuff they taught me back in elementary school.

Every Black person in the country deserves some amount of money, the question is, how much? And just to be clear, no amount will ever make up for the injustices we’ve endured.

I propose that the government give $400,000 to all Black citizens who were born in the U.S. I figure it would be logical to give us $1000 for every year of injustice and since the injustices span over 400 years, you get $400,000. These direct payments should be doled out over 20 years.

Black Entertainment Television founder Robert Johnson has called for approximately $350,000 for each Black person in the U.S. that would be distributed over the course of the next 10-20 years.

I know some may look at this as too much money, but this is about correcting the injustices levied against Black people.

And for those who say that such payments are impossible, please refer to the Civil Liberties Act of 1988, when President Ronald Reagan issued an apology to all Japanese Americans interned during World War II and issued a payment of $20,000 (approximately $43,000 today) to each of the former internees who were still alive when the act passed.

Although this isn’t the same situation, when it came to coronavirus relief the government was able to whip up a $3 trillion bill in a matter of a few weeks. If they can do that, they can surely create a carefully crafted bill focusing on reparations.

So please, don’t approach me with the “that’s not possible” argument. That isn’t to say that the Japanese Americans didn’t deserve their payments, but we can all agree that their injustice has been minute compared to the Black people living in America when we compare the two situations.

Stop treating us like outcasts, do what’s right and give us our dues.