Returning seniors will need to apply, be accepted to a graduate program 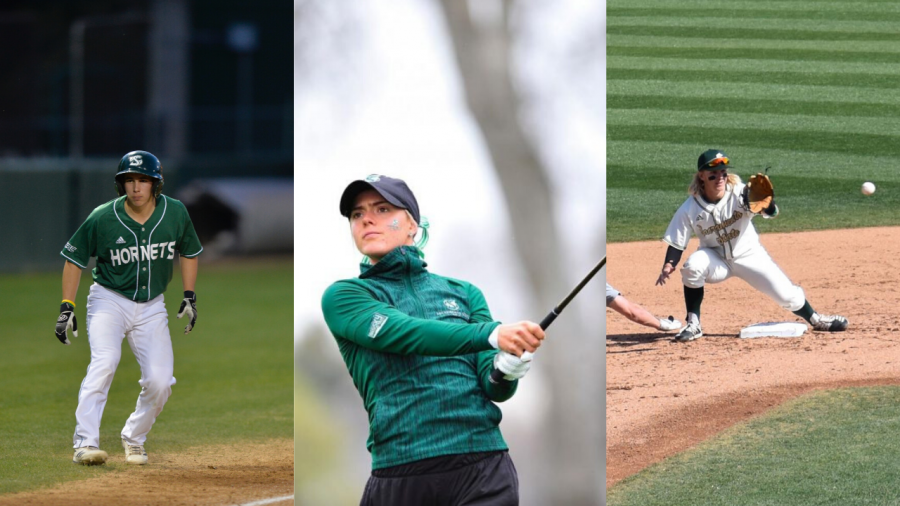 Sac State student-athletes Michael Birch, Sofie Babic and Ryan Walstad. After the cancellation of their seasons, all three senior athletes were left with unknowns about their future. Photos of Birch and Babic courtesy of Hornet Athletics.

The Sacramento State Athletics Department announced in March that all spring sports would be canceled for the remainder of the academic year due to COVID-19, leaving many seniors deprived of competing in their final season as college athletes.

The NCAA Council will allow schools to self-apply a one-year extension of eligibility for student-athletes whose seasons were affected. This would allow all spring sports athletes to extend the five year period of eligibility by an extra year.

Assistant Athletics Director Brian Berger told The State Hornet if seniors at Sac State who are on track to graduate this spring choose to use this extra year of eligibility, they will need to apply and be accepted to a graduate program on campus.

Some senior athletes are choosing not to come back based on job opportunities waiting for them once they graduate.

“We are having those conversations with our student-athletes as we speak,” Athletics Director Mark Orr said. “Many of them are choosing not to return even though they could. It’s like any other senior student at Sacramento State, they have plans beyond their sport and beyond college.”

Now, senior athletes are forced to make the decision to move forward with their collegiate career or move on from Sac State.

Entering this year, Walstad had hopes of going pro after this senior year, but due to the cancellation of the season he was left with many unknowns.

“It was a decision with my coach where if we didn’t get a year back we would try to figure something out,” Walstad said. “Depending on how many rounds the draft was going, to see where I stood for that.”

Walstad made his decision to return to Sac State next year to play in his final year of college sports. He will not have to enroll in the graduate program because he has not finished his undergraduate degree requirements.

Sac State senior golfer Sofie Babic, who has broken multiple records during her golf career, was also torn about her next destination.

“It would be so fun to play another year of college golf,” Babic said. “But I don’t know if I will. I’m graduating and I want to play professional golf.”

Babic eventually made the decision to turn pro and not come back to Sac State for another year.

Michael Birch, a Sac State senior baseball player, knew coming into this season this was going to his last dance playing baseball.

“I came into this year knowing it would be my last season,” Birch said. “I understood baseball would come to an end at some point and I was prepared for when it did.”

Before Birch’s final season, he had accepted a job in Austin, Texas working for a tech company.

“I think it was January or February,”  Birch said. “I accepted an offer for the summer so I’m going to continue with my plans to do that.”

Birch was ready to embrace everything that came in playing during a senior year, but unfortunately he won’t get to experience it.

“As a senior you go into this year knowing it might be the end,” Birch said. “You’re ready for a huge celebration at the end with your family and friends, to celebrate the journey you went through, but unfortunately it got cut short.”