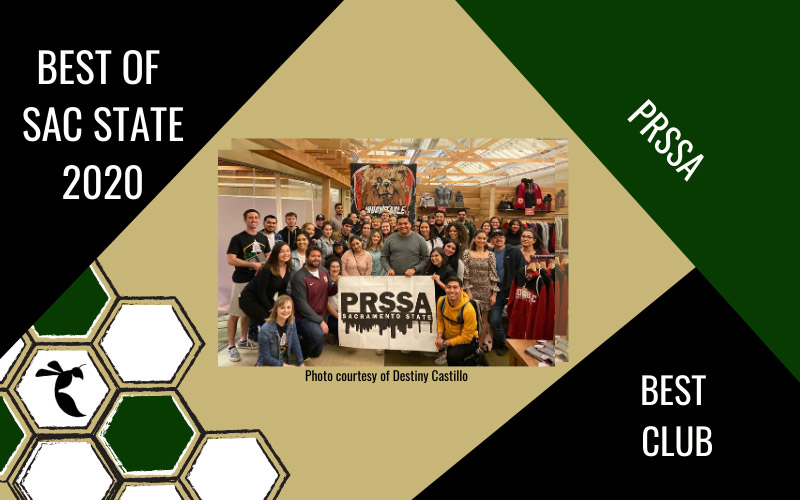 The Public Relations Student Society of America (PRSSA) chapter at Sac State was voted “Best Campus Club” in The State Hornet’s Best of Sac State poll for the 2019-2020 year.

The intended purpose of PRSSA is to create a platform for students who are in the PR, communications and business fields, to network with professionals and manage campus projects.

Members of the club have the ability to meet and establish relationships with prominent and successful figures in their particular career path.

“PRSSA has made a difference for many of the students in the Sac State community,” Salynne Colobong, a communication studies major with a concentration in public relations, said in a text message. “PRSSA is a club that not only can be a resource for communication majors, but a resource that is relatable for all students at Sac State.”

The 2019-2020 PRSSA president, Milan Williams, said that the number of experts and professionals who engage with the organization’s activities has been a very notable draw of the club.

Williams said social events hosted by PRSSA help initiate collaboration and communication among its group members and allow for a friendly club environment. He said his favorite part of the club is getting to know members via “networking nights.”

“We meet at a specific venue like ‘Topgolf’ and really let loose and have fun,” Williams said. “Because at the end of the day, it’s all about growing together and the process becomes much easier when you make some friends along the way.”

PRSSA is solely built and driven by the students, which the club’s future president says has allowed the organization to manifest into a prominent campus entity.

“The members make the club what it is,” Rachel Botti, future president of PRSSA, said via text message. “The club is a fun, but also comfortable environment. It’s like anything else: You get out of it what you put into it.”

PRSSA third-year member Tynisha Jones said the club’s win of “Best Campus Club” is an example of what the organization represents, which is an environment that supports and benefits students.

“(It says) that we’re here to help students,” Jones said via text message. “All the hard work that students put into this club and all the people we bring to speak is like no other club I know.”