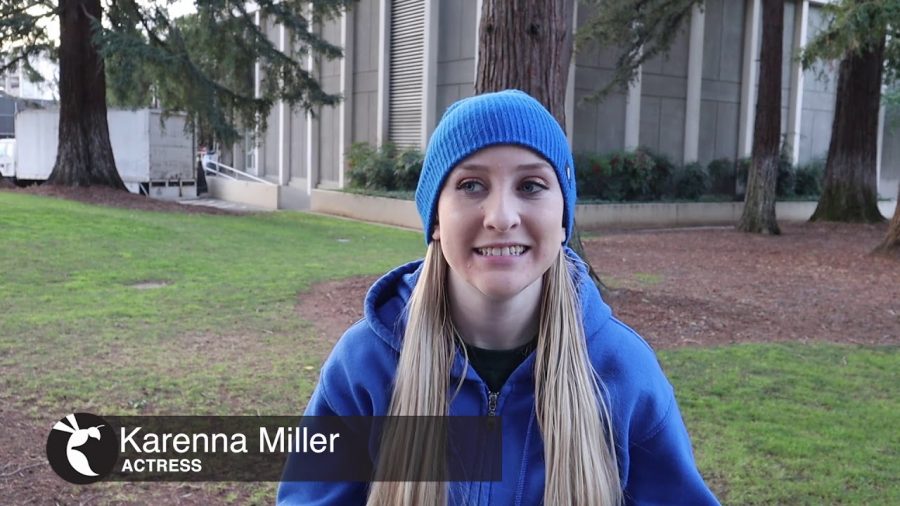 Sacramento State has many talented students with diverse artistic talents. Each with their own unique story, these Sac State artists are making waves, from rappers and poets to DJs and dancers.
1. Prince Washington – Rapper
IG: @PRINCE4BP Twitter: @PRINCE4BP

Prince Washington is a business administration major at Sac State, a defensive back on the football team and a rapper. He started rapping under the stage name “Prince” 5 years ago.

Washington explained that he is a student athlete first but raps to get his mind off things.

“You’re not always going to be focused on one thing,” Washington said. “You got to have other things too, to ease your mind and that’s one thing that I really like to do is rapping.”

The Fresno native said that he got serious about his rap career last year and has been continuously putting up content since after upgrading his equipment and making more frequent visits to the studio. Washington has collaborated with well-known artists such as AllBlack and Mike Sherm.

Washington said that rapping is its own unique challenge.

He said rapping also gives him the ability to show what kind of person he is.

“I’m a naturally creative person and I think outside the box,” Washington said. “I feel like I get a chance to express how creative I am and how smart I am.”

Patrick Donatien Jr., a sociology major at Sac State, has been DJing for 5 years under the stage name DJ Don P.

Donatien said he was “thrown to the wolves” in the beginning of his career doing gigs at after-parties for known artists like Sage The Gemini, Snow Tha Product, Ezale and Young Mezzy.

Donatien said those after-parties were a learning experience and by frequently going out to DJ parties, concerts, clubs and weddings he was able to learn fast. With those experiences under his belt, he is now able to venture into multiple different avenues in the industry such as being involved in talent scouting and the artistic development of other artists through his role as an Artists and Repertoire Representative as well as a rapper, music engineer and producer.

Like many artists, Donatien said he wants people to remember him as a high energy DJ that connects people.

“I love being able to just add my own style on top of tracks or making my own beat from scratch; I just love the grind part of it,” Donatien said. “Just putting in the hours, I think that’s the only way you can learn.”

Deon Barron, a friend of Donatien, said that he admires the his drive and how he enjoys his work.

“What I like most about his talent is just the simple fact that he’s having fun,” Barron said. “He knows how to be flexible. He knows how to keep his options open to different music and he just really knows how to move proud and he is energized by the way the crowd is moving.”
3. Mathewose Hiabu – Dancer
IG:mathewose_hiabu Twitter: N/A

Mathewose Hiabu is a communication studies major at Sac State. He has been dancing for 10 years and considers himself a hip hop and R&B dancer.

Hiabu said he would watch Chris Brown and Michael Jackson music videos on YouTube and liked to mash the moves together. He thought it was cool and he liked how it made him feel.

“I can’t sing, but I can dance like I was singing, that was always fun,” Hiabu said. “It’s a way of expressing myself, how the songs made me feel through my movement. It’s become more of a deeper outlet.”

Hiabu, who’s hometown is Elk Grove, has been a part of a professional competitive dance crew called Black Flag Dance Co. since 2018. They have performed at the Golden 1 Center and traveled to many places to perform including Arizona, Las Vegas, the Bay Area and Los Angeles and have won awards in several competitions along the way.

“In this battle, he really just snapped and the projected energy was so powerful you could feel it on the other side of the room,” Chriologo said. “Ever since that dance battle, he has never reverted.”

Hiabu uses his talent to teach others how to dance. With Black Flag Co., he started a youth crew for children under 18 and teaches them once a week.
4. Karenna Miller – Actress
IG:karennagram Twitter: N/A

Karenna Miller, a disability studies major at Sac State, has been acting for 12 years. Miller has been a part of Apple and Crystal Geyser commercials and played a role as a protester in season three of the Netflix series “13 Reasons Why.”

Miller said she primarily works in San Francisco where the majority of her auditions are located.

From Sacramento, Miller said it’s exhilarating when she gets an acting job.

“You just grab onto it and you can’t let it go and so you’re constantly chasing that feeling,” Miller said. “It’s kind of like an addiction.”

Roberto Pomo, a theater, dance and film professor at Sac State, had Miller as a classroom assistant and a student. Pomo said Miller is a gifted, electric performer with a “good range of depth in her performances.”

Miller said she hopes to use her degree in disability studies and her interest in performing arts to advocate for better disability portrayal in the media.
5. Marcos Estrada – Poet
IG:metaphoric_life Twitter: N/A

Marcos Estrada, a psychology major at Sac State has been writing poetry for 20 years. Estrada learned his writing skills from his uncle. From a young age, he would write a page of poems in a notebook everyday and now has a bookshelf of notebooks full of poetry.

The Richmond, California native said he practiced poetry through writing about topics that begin with different letters of the alphabet; one day he would write poems about things that start with the letter “A,” and continue through the alphabet. He said he read one page of the dictionary everyday so he could learn more words.

“I like poetry because it’s therapeutic for me,” Estrada said. “I suffer from mental illnesses, PTSD; I’m a combat veteran. It’s an outlet for me to kinda channel everything.”

Estrada said he writes about a variety of different topics and emotions and likes to share his passion for poetry with others.

“I started a poetry club at my junior college and I wanted to help other people find their voice through poetry and figure out who they are through poetry,” said Estrada.

“I like how real it is. I can relate to a lot of it because we all have been through ups and downs and that’s what he likes to write about it,” Torres said. “He doesn’t hold back, he doesn’t sugar coat it.”

Carl Anderson, also known as DJ Barl, is a communication studies major at Sac State who has been DJing for four years.

Anderson, a native of San Diego, first began DJing at house parties and realized it was what he wanted to do after seeing another DJ perform.

“You’re up there having that power; to be able to control the crowd is pretty cool,” Anderson said.

Musically, Anderson focuses bringing a diversity to his sound, playing with a variety of genres.

“Being a DJ, you’re able to combine different genres of music and make it into one and then you can take maybe an acapella from one song and put it over the instrumental of another song and then create it and mix them together,” Anderson said. “It gives me a reason why I keep DJing and seeing people have fun makes it fun for me.”

Anderson said he enjoys uplifting others through his music and being able to connect with the crowd he is playing for.

“Seeing people have fun makes it fun for me,” Anderson said.

Anderson said he is aiming to take his DJing to the next level.

“My goal for DJing is to play bigger shows, hopefully a festival one day and learn how to produce,” he said.

Aside from music, Anderson said he’d also like to use his communications degree to explore the world of social media and work for platforms such as Twitter to understand how trends and influence are developed through these networks.
7. Jessica Wolfe – Studio Artist
IG:@jizzita Twitter: N/A

Wolfe is primarily a clay artist. She said she likes to make functional wear, like plates, cups, bowls and tables. She believes that functional pieces can still be beautiful and be incorporated into people’s homes and daily lives.

“It’s a form of meditation for me,” Wolfe said. “I have to focus on what I’m working on and I’m able to clear my mind and have this streamlined consciousness as I’m working on things. I like challenging myself.”

Wolfe said her process when making clay art is to think of ideas that are functional and make the form have a unique visual and textual appeal. Wolfe takes pride in being able to teach others how to create art.

Ginny Thonson, one of Wolfe’s friends, said that Wolfe is not only a talented artist, but also a good person.

“She not only has pushed herself to create bigger pieces and more difficult pieces but she also is always willing to help people who need to be shown something or need help,” Thonson said. “She’s just willing to put everything down and just help someone else.”

As an artist, Wolfe said she hopes that people will continue to support the arts.

“I want other people to say that either they want to learn how to do it themselves or continue to contribute to the arts and learn the history behind art too because the only way that we know our own history is through art,” she said.

Looking ahead, Wolfe said she hopes to sustain herself as a professional artist and a business owner.

“The goal is always to be a professional artist and exhibiting; having your work sold in galleries and doing commissions,” Wolfe said. “From that, I would like to be a business owner, where I’m supporting myself and selling my own work, maybe owning a supply store, teaching other people how to do these things and offering those classes to them and furthering education. I like sharing stuff with people.”