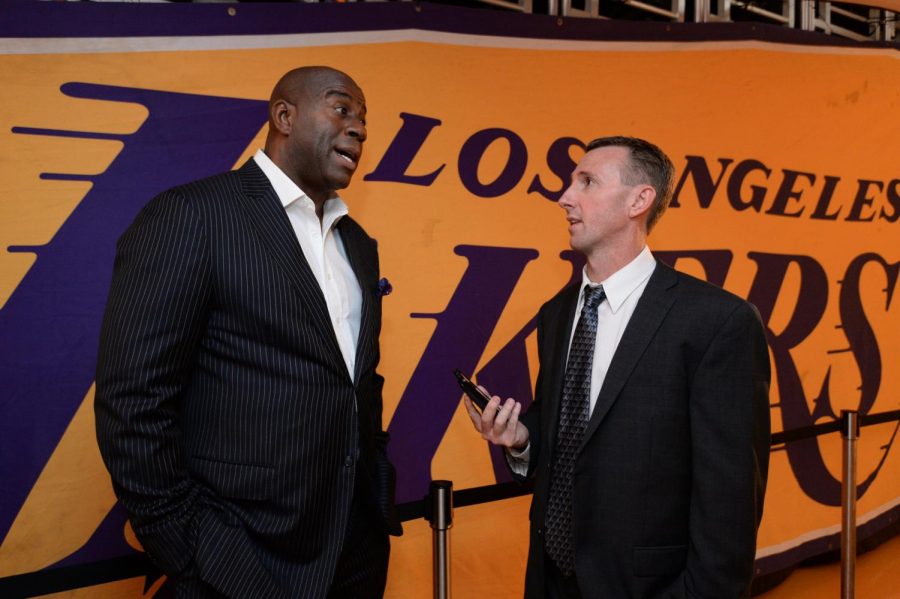 Sac State alumnus Sam Amick interviews Basketball Hall of Famer Earvin "Magic" Johnson before a Clippers and Lakers game on Oct. 19, 2017 at the Staples Center. Amick interviewed Johnson several times while he was the President of Basketball Operations for the Los Angeles Lakers.