Sacramento rapper turns what was once a hobby into career

Pyramid Kid performed at Ace of Spades in Oct. 2019 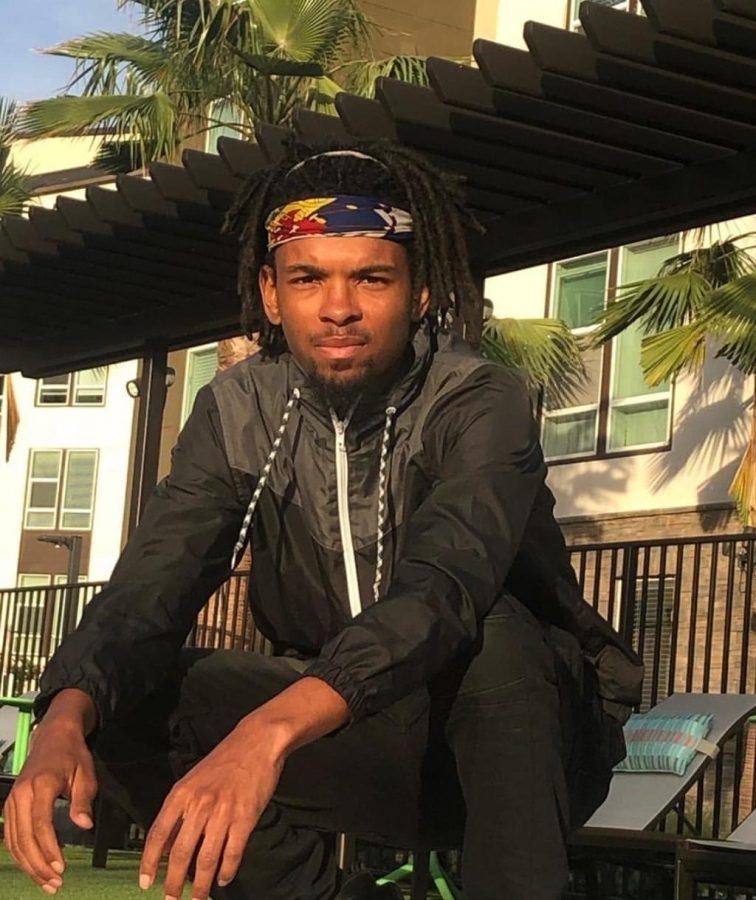 Sacramento rapper Evan Odom who goes by Pyramid Kid. Odom has been making music for two years and was given the opportunity to perform with Nef The Pharoah last fall. Photo courtesy of Evan Odom.

Growing up, Sacramento rapper Evan Odom, who goes by Pyramid Kid, always felt different from his peers. But rather than trying to conform, he decided to be content with standing out.

“My mom and I moved around a lot when I was younger,” Odom said. “I wasn’t ever really popular in school and I didn’t have many friends growing up.”

Now, as an up-and-coming rapper, Odom is relying on his differences to get to the next level.

“When I chose to start taking my music seriously, I realized that I didn’t want to be a cliche West Coast rapper,” Odom said. “I wanted to have a more alternative style.”

Odom’s childhood friend and former roommate Elijah Jones described him as his own person with his own sound.

“He’s ambitious, just give him time and he’ll get wherever he wants to go with his music,” Jones said.

The choice to put effort into music wasn’t immediate. Odom said that when he was attending Center High School in Antelope, California, he would write lyrics for fun but that was just one of his hobbies.

“I was basically just doing anything I could to stay out of trouble in high school; I was writing lyrics, playing sports, making art and stuff like that,” Odom said.  “I tricked myself into thinking sports was my passion because when I was growing up it felt like the only people staying out of trouble were the athletes, so I did that.”

Even though music wasn’t his primary focus at the time, the signs were there that Odom had a strong interest in it.

After graduating high school in 2017, Odom started attending Sacramento City College and moved into an apartment at The Crossings near Sacramento State. He vividly remembers the day he got an opportunity to turn music into something more than a hobby, because it was also the same day that he signed his lease.

“I remember it was Feb. 9, 2018, I had just got out of class and I called a Lyft, I got in and my driver asked if I made music, he said I ‘carried myself like an artist’ and I told him I wasn’t but that I made songs and never really recorded them,” Odom said. “Turns out he was a producer. I talked to him. He gave me his number and after that we just started recording. It felt like everything was coming together.”

Odom said that his best opportunity in his career up to this point was opening up for Bay Area rapper Nef The Pharaoh at Ace of Spades in October of last year.

“Ace of Spades in Sacramento was a great opportunity for me not just to perform but to network with other artists,” Odom said. “Some people may say that you don’t want to perform too much if your name isn’t out there yet, but I would say it’s worth it because it’s like a cheat code that lets you meet people that could help your career.”

Jesse Hayes, Odom’s primary sound engineer, spoke highly of him as both a person and an artist.

“Pyramid Kid catches you off guard because he’s one way in his songs but very humble as a person,” Hayes said. “As an artist, he’s confident and competent. He likes to do things unorthodox. He’s genuinely unique. He knows what’s hot right now but also knows how to make it his own.”

Due to the COVID-19 pandemic, Odom has only had one studio session in the past month.

“The actual recording process hasn’t changed too much for me as an artist because usually it’s just me and my engineer alone in the studio,” Odom said. “The reason I haven’t been in the studio as much is because everything going on is taking a toll on me mentally and especially financially. I don’t have as much steady money coming in so I can’t afford to go as much.”

Instead of focusing on the negative effects of the shelter-at-home orders, Odom said that he is focused on trying to find ways to capitalize on the unique opportunities it may present.

“Right now, everyone is inside and on their phones all the time and it means they have much more time to listen to music,” Odom said. “This can be my chance to grow my audience.”

As of right now, Odom has no albums or mixtapes out but has a few songs available on Spotify, Apple Music, Soundcloud and Tidal.

Odom’s music video for “Pharaoh,” can be found on Thizzler, a website and YouTube channel for Northern California hip-hop music.

As far as new music goes, Odom said he plans to get back to working when he finds a way to afford the studio time.

“It’s never a waste of money if you’re investing in your career,” Odom said. “As an artist, I want to not only inspire people to make music but to do whatever it is they want to do.”