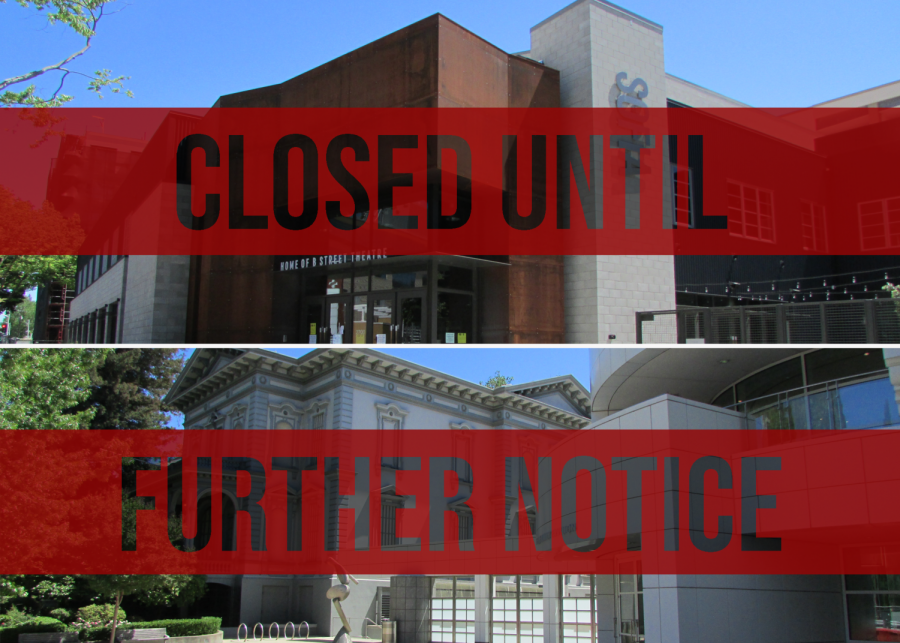 B Street Theater and the Crocker Art Museum were both forced to close their doors to the public due to statewide shelter-at-home orders. Both have pivoted to offering live events on Zoom with B Street holding live improv shows and the Crocker having live film and art discussions.

Two Sacramento arts businesses, B Street Theatre and Crocker Art Museum, made the switch to online events and classes due to statewide orders on March 16 given by CA Gov. Gavin Newsom to close all non-essential businesses.

B Street Theatre started holding free acting classes every Tuesday for anyone age 18 and up, via Zoom, along with many other virtual events.

The theatre held a virtual event in late March called “B Social” happy hour to connect with and update patrons on future virtual events. The theatre has continued these events every Wednesday at 7 p.m.

The Sofia Virtual Party, named after the Sofia Tsakopoulos Center for Performing Arts – home of the B Street Theatre, is a collection of weekly events that take place over Zoom.

Some of the Sofia Virtual Party’s most popular events have been the Maximum Occupancy improv show and the show Dealer’s Choice, which gives local actors 30 minutes to perform whatever they want.

“We had to adapt quickly to the technical challenges and find ways to entertain virtually,” said artistic producer and founding company member, Dave Pierini. “Zoom has the chat feature which allows the audience to tell us they’re enjoying themselves but the energy of 250 people in a room all reacting at the same time is gone.”

Pierini has been working with B Street Theatre as an actor, writer and director for 30 years.

He hosts the events B Street Social Hour and Dealer’s Choice, and performs with the Maximum Occupancy improv troupe. Pierini said that B Street Theatre started the digital events as quickly as possible to stay engaged with their audience and averages about 100 households for each show.

Lyndsay Burch, the associate artistic director for B Street Theatre said that having an in-person audience is an important part of performing so actors are able to hear the crowds reactions but that Zoom is the best option they have given the times.

“It certainly isn’t the ideal way the art form was meant to be presented; however, I believe it’s much better than having no form of expression during this time,” Burch said via email.

“Right now, it’s a financial conversation,” Christian said. “It’s definitely a big building that relies on visitorship from the public and ticketed programs to keep things moving, so we are on a tight budget.”

The museum’s virtual events are free right now, but art classes are paid. The museum is still in the process of transitioning some of their courses online.

With over 260,000 visitors per year and over 600 programs offered yearly, the Crocker Art Museum has entered sprint mode in order to continue fulfilling their role of adding culture to the community, Christian said. The museum plans to convert as many programs as possible to a virtual format in order to keep the public satisfied and their funding flowing.

The Crocker’s Thursday tradition of staying open later in the night has been transitioned to a virtual format with “Thursday Nights In.” The livestream has activities such as film and art discussions, Christian said.

“When you discuss art with another person, you’re becoming more tuned in to your own emotions,” Christian said.

The immediate focus of the Crocker Art Museum during this pandemic has been finding enough content to continue keeping people engaged, in hopes of minimizing the isolation resulting from social distancing.

“We don’t want people to go through this alone, art has an important role in this,” Christian said.