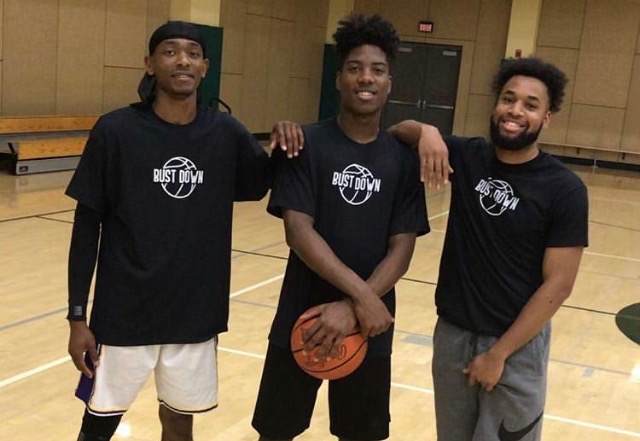 Sac State junior and ethnic studies major Oku Best-Wilson has been playing intramural basketball at The WELL since he was a freshman.

When The WELL announced its indefinite closure on March 16 due to the COVID-19 pandemic, Best-Wilson was left disappointed and without a place to play.

“Basketball is therapeutic for me, it’s like my girlfriend in a sense,” Best-Wilson said. “Playing makes me feel OK.”

Best-Wilson said he recognizes why the gym was forced to close, but still emphasized the importance of physical fitness for himself and others.

Other members of the basketball community at The WELL feel similarly. Junior mechanical engineering major Presley Ehezue described the gym as a “safe haven.”

“People use basketball as an escape from their problems,” Ehezue said. “During times like this it’s extremely important and not having that outlet takes a toll on us.”

Several students acknowledged that playing basketball at The WELL helped them form lasting relationships with their peers.

“Most of my closest college friends I met while playing basketball,” said Ben Smith, a sophomore criminal justice major who referees intramural basketball games at The WELL.

Gabi Bade, a senior women’s studies major on the women’s basketball team, also acknowledged the camaraderie at The WELL and said that it is her go-to place to work on her game and conditioning, especially when the season ends.

“Playing at The WELL has been all about forming lifelong friendships and I’m sad that it’s ending early,” Bade said.

Saturday mornings in particular are her favorite time to play because it is considered by many to be the time when the competition at The WELL is at its absolute best.

“Every Saturday some of the best hoopers in the area, not just Sac State students, come to The WELL and the runs are great,” Best-Wilson said. “Some of the best connections I’ve made here have been because of those Saturday runs.”

Best-Wilson described the pickup games on Saturdays as a rite of passage of sorts for students that play basketball at The WELL often. Smith agreed, saying Saturdays are where you prove yourself, and spoke to the intensity of the pick-up games.

“The way we play you think it’s a real game with people in the crowd watching sometimes,” Smith said.

Bade said that she was drawn to playing at The WELL regularly despite playing for the school because of this intensity, and she does not mind being one of the only women to play on Saturday mornings.

“Growing up I always used to play against boys and it made me better,” Bade said. “Nobody has ever forced me to play at The WELL, it’s just my instinct. I love to compete. I have to win before I leave.”

When asked to recall her favorite memory playing at The WELL, Bade said that she once ended a pickup game that was at game point with a crossover and a flashy pass that had everyone on their feet, and it was an uplifting moment for her.

Since the closure of The WELL, Bade and others have been forced to find other ways to work on their game and maintain their fitness routine. Whether it be running a mile, shooting at empty basketball courts or dribbling drills, students are trying to find ways to work with their circumstances and restore the feeling of being at The WELL.

“Hooping at The WELL you’re competing with your friends, you’re trash-talking each other and you feel free,” Ehezue said. “You feel like you’re not even on planet earth and for two or three hours you can forget about bills, midterms and all of that.”