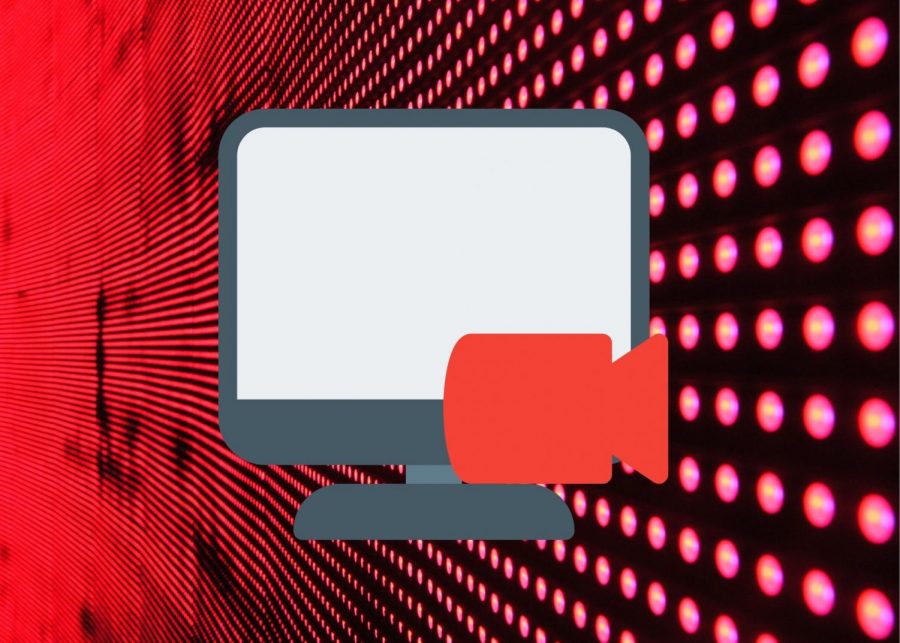 Graphic made in Canva

The tool will record students’ feed from a webcam to be used by instructors to verify that the testing conditions were “as expected,” Perez said.

According to Respondus’s website, the Respondus Monitor tool builds on its lockdown browser iteration, “using a student’s webcam and industry-leading video analytics to prevent cheating during non-proctored exams.” 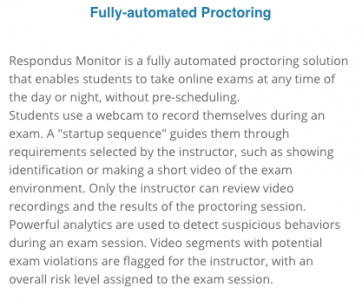 Respondus Monitor also requires students to agree to a privacy statement “with which they may not be comfortable,” Perez said. He said these students will need to inform their instructors if agreeing to the privacy statement is problematic for them.

Students are already expressing concerns about the Respondus Monitor tool.

“Not only does the browser implement extremely restrictive measures almost to the point of functioning as malware, but the webcam is also an extreme invasion of privacy,” said Sac State music education major Grant Johnson via Reddit direct message. “The eye-tracking technology and pre-test checks in particular (which can include showing a complete view of the room you’re testing in as well as possibly even showing your ID) are frankly quite ridiculous.”

Hi. We have notified our IT staff about this. If a student feels watched or harassed, they should contact our Office for Equal Opportunity (Title IX) office: https://t.co/FyQ4BDxuS9. Thank you.

Sac State business administration major Edgar Bonifacio said he doesn’t believe the decision to use Respondus Monitor could have been made if student opinion had been considered in the process.

“Clearly, the student body is not considered when making these decisions,” Bonifacio said via Reddit direct message. ”I also agree that this is a vehemently egregious invasion of privacy. I don’t want to download software that enables my webcam to track my eyes and scan the room I’m in.”

Bonifacio added that he thinks any student who wants to cheat is going to do so with or without Respondus Monitor.

“Instead of ‘keeping honest people honest’ like locks on doors do in real life, they’re allowing teachers to acquire hours of footage of students in their own homes,” Bonifacio said. “I dare them to guarantee that all of that footage will be safely and wholly deleted, and I double dare them to even come up with a way to ensure that it will be.”

Alexa Theodosi, a Sac State psychology major and student parent, said she was uncomfortable with the concept of the browser. Theodosi has children who are stuck at home, which means she has to study and take tests while also watching them.

“I have to wear headphones with white noise to block them out while I try to focus. I still get interrupted, and I have to walk away from my computer at times to help them,” Theodosi said via Reddit direct message. “I already lose time on my exams from this. I don’t need the added stress of being filmed, my kids being filmed, and being potentially marked down or disqualified for appearing to walk away from my computer/wearing headphones/ or being interrupted. It’s already stressful enough.”

The tool does not work with devices other than Windows, Mac and iPads, so students who do not have access to any of these devices will need to tell their instructor so they can prepare an alternate version of the exam, Perez said.

“I think it is unfair solely because I do not have the funds to afford an expensive device to support that,” a student said on a Reddit thread about the tool. “I have a Chromebook. I had to ask my job if I could come into the office (when we’re on lockdown) to use their computers for an exam.”

In response to a request for further information about the tool, the university sent a link to a Sac State Respondus Monitor FAQ page.

The page says that students who are concerned about privacy and feel uncomfortable with the terms of using the browser should reach out to their instructor so they can make “alternate arrangements.”

Additionally, it says that if students do not have access to the required technology, students can request for instructors to make these alternative arrangements.