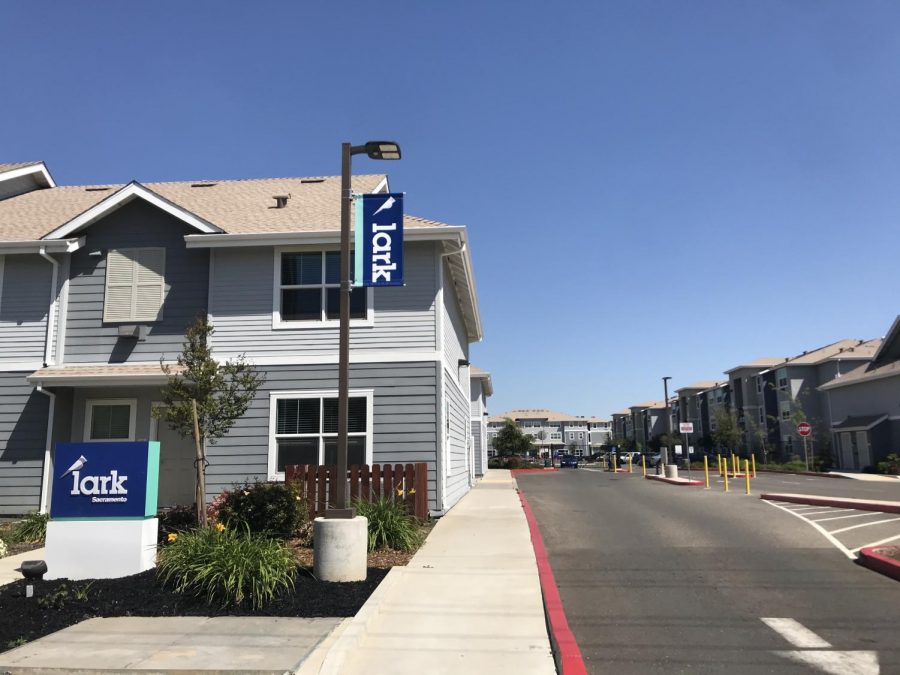 Entrance to the Lark Sacramento, a common apartment complex that many Sac State students reside. Photo was taken on April 16, 2020 by Khala Clarke

A resident of Lark Sacramento, an apartment complex popular among Sacramento State students, has reported testing positive for the virus that causes COVID-19 and is self-isolated in their apartment, according to an email sent to residents Monday.

In the email, general manager Laurene King said the resident has not been in any resident amenity spaces in approximately a month. King also said the office and amenity areas have been sanitized.

Lark Sacramento did not identify the resident.

Lark Sacramento is an apartment complex on Redding Avenue, around five minutes away from school “designed especially with California State University students in mind,” according to Lark Sacramento’s website.

The website states that nearly all of its residents are Sac State students.

King said residents nearby have been notified separately.

As of the time of publication, Lark Sacramento has not responded to a request for comment.

Brian Blomster, Sac State director of news and communications, said Sac State had no information about the report.

This is a developing story and will be updated as information is gathered.

CORRECTION: A previous version of this article said Sac State did not respond to a request for comment. Sac State Director of News and Communications Brian Blomster said Sac State had no information when contacted.