‘For that to happen to her, I don’t get it’: Sac State student, RA unexpectedly dies 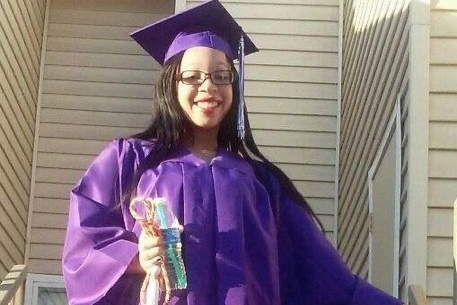 If there’s one memory that won’t fail to make Ramonica Shorter-Glover laugh, it is the memory of her daughter’s robot dance.

Shorter-Glover said the moments when she could get her daughter Asia Rios, Sacramento State psychology major and resident adviser for Sutter Hall, to do the dance were special to her.

“That’s one of the greatest things that I believe Asia can do,” Shorter-Glover said. “That little dance always reminds me of when she was little and it still looks cute.”

Shorter-Glover said that she and her family are still awaiting news from the autopsy to let them know what happened. She said that she felt a lot of frustration around not knowing why her daughter died.

“I’m cool for a minute but sometimes I just sit there and randomly cry,” Shorter-Glover said. “I don’t know why my daughter’s not here or what happened. For that to happen to her, I don’t get it.”

Rios was the first RA who represented the Black Cultural Excellence Community at Sutter Hall, according to an Instagram post from The Martin Luther King Jr. Center at Sac State.

Dear Hornet Family It is with a heavy heart that we announce the passing of Asia Rios. Asia passed on March 18th. Asia was in her fifth and final year at Sac State and was beginning her journey into nursing and Marriage and Family Therapy. She was a fixture in University Housing Services, where she served as a Resident Advisor and Desk Attendant. Asia was the first Resident Advisor for the Black Cultural Excellence Community in Sutter. She loved every day that she got to spend with her residents, colleagues, and friends. Asia was a kind-hearted, hardworking, and dynamic individual who is missed daily. We recognize that Asia had an immense impact on many people, as she did on us. In honor of Asia and in consideration of social distancing in place, we have created an online space for us to come together and honor Asia. Family, friends, colleagues, residents, and anyone else Asia Rios has had an impact on, we welcome you to join us in a Virtual Vigil to honor her time at Sacramento State and to share fond memories you may have had with Asia. Please join Asia’s family for a Zoom Vigil on April 2nd at 2:00pm PST. Please use the following link to access the vigil: https://csus.zoom.us/j/391530972 We would be grateful and thankful if you can make it. #LongLiveAsiaRios

“She wanted to have an impact on people,” said Shorter-Glover. “She was just very kind and giving all of the time. She was just a really good person.”

On April 2, the MLK Jr. Center, University Housing and Student Health and Counseling Services at Sac State held a vigil over Zoom for Rios’ family and friends to celebrate her life.

Her family members rallied around one another to mourn their departed loved one with tender and often humorous stories from her childhood.

During the vigil, her step-grandfather recalled the time she climbed into her own high chair to get food. Her uncle, Steven Glover, said he loved watching her take her first steps as well as watching her grow. When she was 5 years old, she gave the biggest bear hug to her uncle Tom, who said it was the best hug he ever had.

“I really am going to miss her,” said Shorter-Glover. “But I really am thankful she touched a lot of people’s lives.”

Her friends and those who worked with her also spoke of how she impacted the lives of everyone around her. Former Sac State student Jaidacyn Madrigal, who worked with Rios in 2019, praised her as a wonderful RA.

Madrigal said that she remembers Rios always wearing pink and bright colors and considered her to be a bright light in every room.

One of Rios’ friends from high school, A’mariah Lovelace, said she remembered many good times she had with Rios and said she was always laughing around her.

“She was like a big sister to me,” Lovelace said. “I looked up to Asia for everything. She was always there to give me advice, she always was there to tell me when I was in the wrong for something and I deeply appreciated it.”

Shorter-Glover said her daughter always wanted everyone around her to live their best lives. She said the best way to honor her daughter’s memory was to follow that wish.

“Whatever God put you on this earth to do, don’t be afraid of it,” Shorter-Glover said. “Just answer the call that God has given you and live your best life. Make sure you love everybody, be good to everybody, and just find a way to unify and make this world a better place.”