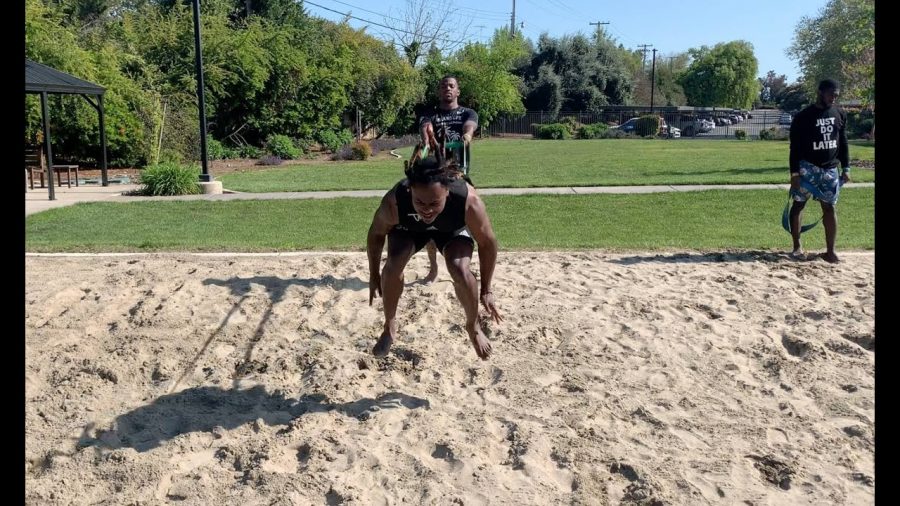 The Sacramento State football team, as well as teams across the country, have been forced to adapt to the closure of nearly all training facilities due to the COVID-19 pandemic by sending out training programs and holding virtual meetings.

The Hornets saw a lot of success last season with an opening 77-19 win over Southern Oregon University and went on to win three consecutive games against Eastern Washington University, Montana State University  and the University of Montana.

After winning the 66th Causeway Classic against the University of California, Davis and a share of the Big Sky Championship, the season ended after the second round of NCAA FCS Playoffs with a 42-28 loss against Austin Peay State University.

Junior safety Abel Ordaz said the team and coaches were ultimately not happy with how the season ended, but they have been going above and beyond to make sure they get to where they want to go this year.

Technology plays a huge role in the connection between players and their coaches. Ordaz said it is harder to train without access to the weight room and the Broad Fieldhouse, but the team is able to make the most of it with help from their strength and conditioning staff.

“We do have to get creative with some things but our strength and conditioning staff has done a great job with sending us workouts virtually,” Ordaz said.

Ordaz said these virtual workouts include explosive training, speed training and workouts with items found around their home.

Prior to the closure of all Sac State facilities, the Hornets were following a strict regimen to prepare for another successful season that consisted of team runs in the morning out on the field followed by lift groups throughout the day.

Sophomore safety Marcus Aponte said the coaches understand their situation and don’t expect them to train with the same intensity as when they were on campus.

“I know when we come back we’re probably going to be in the midst of fall camp, so it’s going to be a tough transition and super fast paced,” Aponte said. “They expect us to be able to keep up with the pace of everything and not fall behind.”

Aponte is spending his time at home in Salida, California to work on speed with a lot of lateral movement and jumping drills.

“Our strength coach sent out some training drills that we would usually do at 6 in the morning,” Aponte said. “You don’t need anything to do that except yourself and a flat surface.”

It is unsure how long the stay-at-home order will be in place so it is essential for players to continue training the best they can to promote their performance, wellness and avoid injuries.

Power development training + COD quality maintenance drills that can be done in your own backyard 💪 pic.twitter.com/lKuohvdxXC

Players also have access to an educational manual which includes information on sleep, nutrition, hydration and recovery.

Director for Football Strength and Conditioning Ryan Deatrick said there will most likely be a very small window between practicing and playing football and is encouraging his players to take it day by day.

The Hornets are trying to maintain a positive attitude that they will still get to play this year and they will be ready when it’s time to get back on the field.

“We cannot make any training or exercise activities mandatory currently according to NCAA rules, so we are using this time to continue to develop relationships with our guys via Facetime and social media,” Deatrick said. “If you have NFL aspirations nobody makes you workout or train in the off season. You have to be a complete self-starter and self-motivated to get better.”

Deatrick said he is proud of how receptive his players have been during this time and the initiative they are taking to stay in shape.

Workout Week – Day 4 brought to you by the best strength & conditioning coach in the Big Sky! Nowhere but up with @RyanDeatrick! #HornetsAtHome #StingersUp pic.twitter.com/VQxJJEpi9Z

Senior cornerback Prince Washington said he has been doing a lot of position training and drills at the park with bands, ladders and other training equipment.

RELATED: ‘I knew my time would come eventually if I kept working’: A football player’s 2,172-mile journey

“I took some steps forward in this off season,” Washington said. “I’m not trying to take steps back and then have to gain it back last minute.”