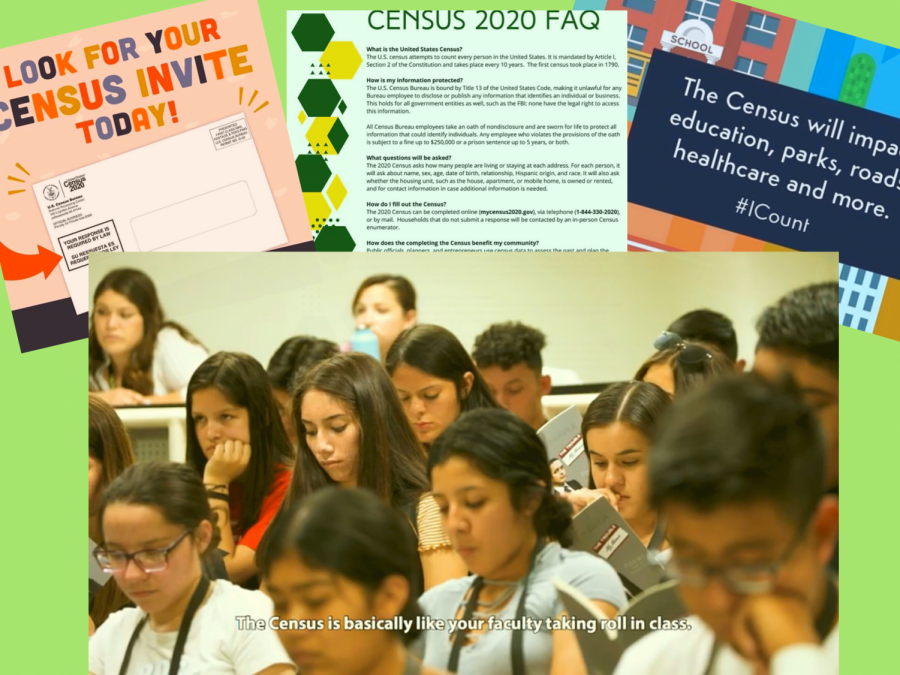 Screenshot via Instagram and YouTube. Sacramento State’s Associated Students Inc. board members seek to encourage students to participate in the census via social media platforms such as Instagram.

Sacramento State Associated Students, Inc.’s push for student participation in the 2020 census has gone exclusively virtual due to California’s shelter-at-home order, according to ASI leadership.

The census is a count of the population conducted every 10 years by the U.S. Census Bureau, a non-partisan federal agency. The census includes the U.S. and its five territories, and it takes note of every citizen that participates in order to address population concerns and needs, according to the 2020 census website.

Noah Marty, vice president of university affairs, said it’s important for students to participate in the census to get adequate representation.

“The census is extremely important for everything from schools, to roads, to hospitals and so many other services that our government provides or supports,” Marty said.

He said the census can impact legislative representation, local economies and funding for basic services for students.

RELATED: FAQ: What is the U.S. Census? Should you participate?

“Oftentimes, students may not see the benefit of filling it out so they don’t make it a priority,” Garcia and Flores said in an email. “We want to ensure that students are well-informed of the impact the census has on their communities so that they feel a sense of connection.”

Due to California Gov. Gavin Newsom’s shelter-at-home order, ASI board members are restricted to engaging with and encouraging student participation via online platforms and social media, while simultaneously including students without internet access.

“One of the initiatives has been an Instagram challenge, #ICount, that allows people to express why the census is important to them,” Garcia and Flores said. “Many of our board members have participated in it. We will be doing most of our promotion through social media as many students tend to interact often on those platforms.”

ASI shared information through social media to other university programs, cultural clubs and organizations, and asked these groups to partake in promoting the census to their participating students.

We may all be working & taking courses remotely, but 2020 Census planning continues! Today at 3 to 4pm the Serna Center will host an online Census workshop for staff, faculty & students with the tools necessary to discuss the importance of the 2020 Census. DM us for the link!

Garcia and Flores said ASI held virtual workshops that provided information about the census, such as how much funding is awarded to communities per person, and where the money goes. They said there were also discussions about fears people may have about the census, especially in undocumented communities.

To participate in the census, you can fill out the questionnaire at my2020census.gov.