FAQ: What you need to know about the ethnic studies bill, AB 1460 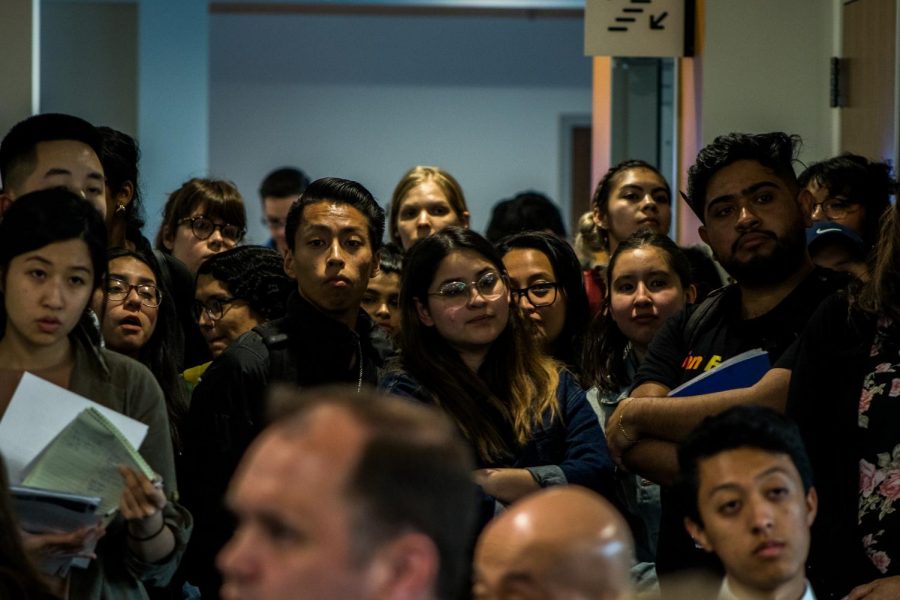 Supporters of AB1460 who were told to leave the University Union's Green & Gold Room and stand outside as Sacramento State's Faculty Senate converse about the bill on March 5. The bill would implement an ethnic studies course requirement for the CSU system

Discussions on AB 1460 have been temporarily halted by the Sacramento State Faculty Senate due to the impact of COVID-19 on campus. The State Hornet put together an FAQ on what students need to know about the bill when deliberations move forward.

ANSWER: AB 1460 is a bill that would require the California State University system to implement ethnic studies courses at every campus by the 2021-22 school year. It would also require students to complete a 3-unit ethnic studies course in order to graduate, a requirement that will be applicable to students graduating in the 2024-25 academic year and beyond.

Q: Who would this affect? How does this change required courses?

A: The bill would affect students graduating in the 2024-2025 academic school year and any year after that.

The policy prohibits CSUs from increasing their required number of units to graduate. If passed, the ethnic studies course would replace Sac State’s current race and ethnicity requirement, according to Maria Vargas, a Sac State assistant professor in the ethnic studies department.

Courses like multicultural puppetry and karate are classes that currently would complete Sac State’s the race and ethnicity course requirement, but with the implementation of AB 1460, courses like economics of racism and La Raza studies would shift the focus to a discussion of race, class and gender, which are emphasized in the ethnic studies discipline.

A: Assemblywoman Shirley Weber introduced the bill in February of 2019.

Tissaney Boyd, a legislative assistant for Weber, said Weber’s experience as an African studies professor helped her understand the struggle for ethnic studies to be seen and acknowledged at the collegiate level. She said the bill was originally proposed through the ethnic studies faculty of CSU campuses.

Q: Who supports the bill and why?

A: The California Faculty Association, ethnic studies departments from both CSUs and UCs and several political groups, including the Los Angeles County Democratic Party and the Black Student Union at Sacramento State University, all support the bill.

Andrea Moore, an ethnic studies professor at Sac State, said she supports the bill because she sees the way marginalized communities are being treated during the conversations relating to COVID-19 and how they are left out of the decision making by “big government” even though their decisions are directly affecting these communities.

“These are some of the very same communities whose histories are not being taught in university settings, hence the reason why ethnic studies as a discipline is more valuable than ever,” Moore said.

Q: Who opposes it and why?

A: The Academic Senate of the California State University, the CSU and 23 CSU campuses, including Sac State, oppose the bill.

Sac State’s Faculty Senate did not respond for comment regarding their opposition of the bill.

The opposition comes from a misunderstanding that the ethnic studies bill will add units that students are required to take in order to graduate according to Boyd, Weber’s legislative assistant.

However, section 2 subsection (d) of the bill text states, “The university shall not increase the number of units required to graduate from the university with a baccalaureate degree by the enforcement of this requirement.”

Q: Where is AB 1460 currently in the legislative process?A: As of February 2020, the bill is on the Senate floor and has been ordered to its third reading, which is still being processed.