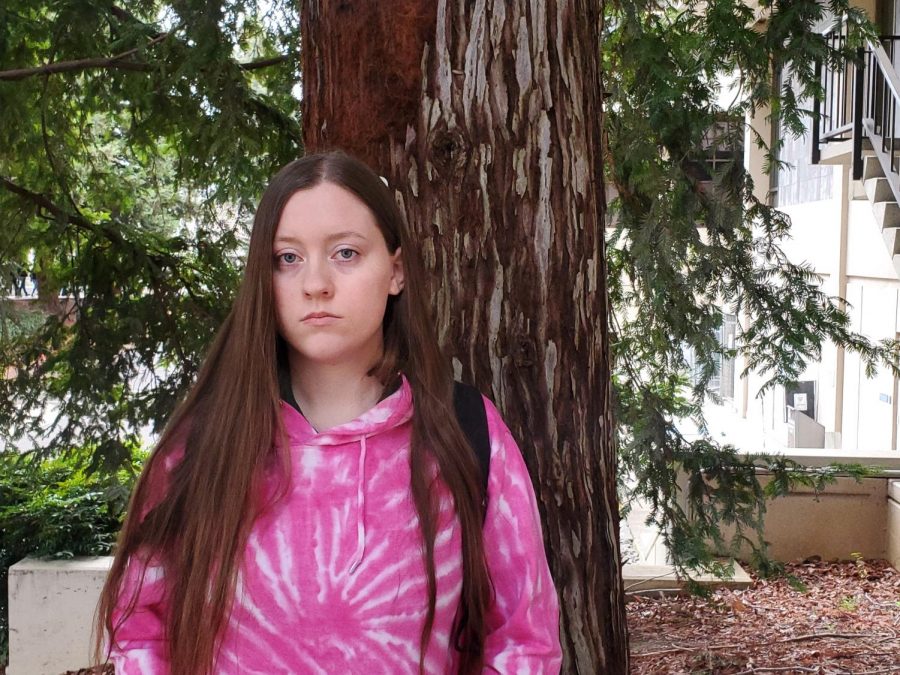 Emily Kyle, a 21-year-old criminal justice major, filed a police report with the Sac State Police Department in 2018 alleging her ex-boyfriend had sexually assaulted her in the dorms. Kyle had a three-year relationship with her former partner.

Content warning: This story contains an account of an abusive relationship involving sexual assault and threats of violence.

Emily Kyle never thought she would be the victim of an abusive relationship.

Kyle, a 21-year-old Sacramento State criminal justice major, said that she stayed in the relationship out of fear for three years, dating her ex from 2015 until she eventually ended the relationship in 2018 after she said he raped her.

Kyle filed a report with the Sac State Police Department in October 2018, which  said that he had raped her in the dorms.

According to Kyle, she reported the incident to prevent the same behavior and hurt he inflicted on her to happen to someone else. The report was filed through the Sac State Police Department and later appeared in the Sac State Clery Report.

Under Title IX and the Clery Act , schools must respond promptly and effectively to sexual harassment, including sexual violence that creates a hostile environment.

That involves promoting “transparency and ongoing communication about campus crimes and other threats to health and safety and empowers members to take a more active role in their own safety and security,” according to the Clery Act.

What originally started as verbal abuse in 2015, Kyle said, grew into physical abuse the next year. Kyle said he threatened to kill her if she left him.

Kyle said she tried to mend the relationship by educating herself and her ex-boyfriend on what it means to have a healthy, consensual relationship.

“He made me feel crazy,” Kyle said. “After our relationship ended, I started reading healthy relationship books and I started attending counseling at Sac State and WEAVE. Our freshman year I had him watch consent videos through Sac State but it didn’t help anything. Near the end of our relationship, I sent him a link about what consent is and he said he’d never rape me again.”

Kyle started attending services at WEAVE — a Sacramento non-profit that supports survivors of sexual assault, domestic violence and sex trafficking — after experiencing nightmares flashbacks, unable to sleep in her own bed.

“From my perspective, traditionally, victims who report assault in a relationship, our department takes that very seriously,” said Chief of Sac State Police Mark Iwasa. “We think that it’s a good thing that one of our students was courageous enough to do so.”

Kyle considered a restraining order but worried it would negatively escalate the situation with her former partner as she was already not allowed to contact him during the investigation.

“I was told by the detective that I was working with that getting a restraining order might make things worse because of the no-contact thing,” Kyle said. “I did a pretext call with the detective and immediately after that, I checked into emergency care.”

A pretext call involves the victim calling the suspect with a law enforcement officer nearby in order to get incriminating information from the suspect, who is not aware that the call is being monitored.

“I asked him, ‘when I said no so many times, every single time that you did this to me, why didn’t you just stop?’” Kyle said. “He said ‘I guess, I just didn’t take you seriously.’”

Kyle said the last time she saw him was when she went back home in May 2018.

“I’m trying to stay away from home a lot — Sacramento is where I need to be,” Kyle said. “I’ve received counseling at The WELL since I was a freshman because that’s when all the crazy started happening.”

Kyle’s roommates were also affected by the toxic relationship. One of her roommates requested anonymity, due to discomfort with the situation.

“It just goes to show how someone can mentally and physically abuse you to the point where it seems normal,” Kyle’s roommate said.  “I’m glad she is speaking up and hopefully this will help other girls speak up as well.”

In an email received Dec. 16 of last year from Sac State Police Detective Jason Johnston, she was informed that the district attorney had decided to drop her case.

“I am sorry to inform you that I heard back from the DA’s office and they are declining to file any charges in your case,” Johnston said in the email. “This does not mean that no crime has occurred; but rather, it means the DA’s office does not believe it could be proven in a court of law.”

Kyle said that she wants to be an advocate of sexual assault victims and wants to continue speaking up for others who may be in similar situations.

The WELL offers counseling to sexual assault victims, as does WEAVE, a service provided to women who have experienced physical and emotional abuse. The sexual assault hotline is also available and is a safe confidential service.