Band to release an EP Friday 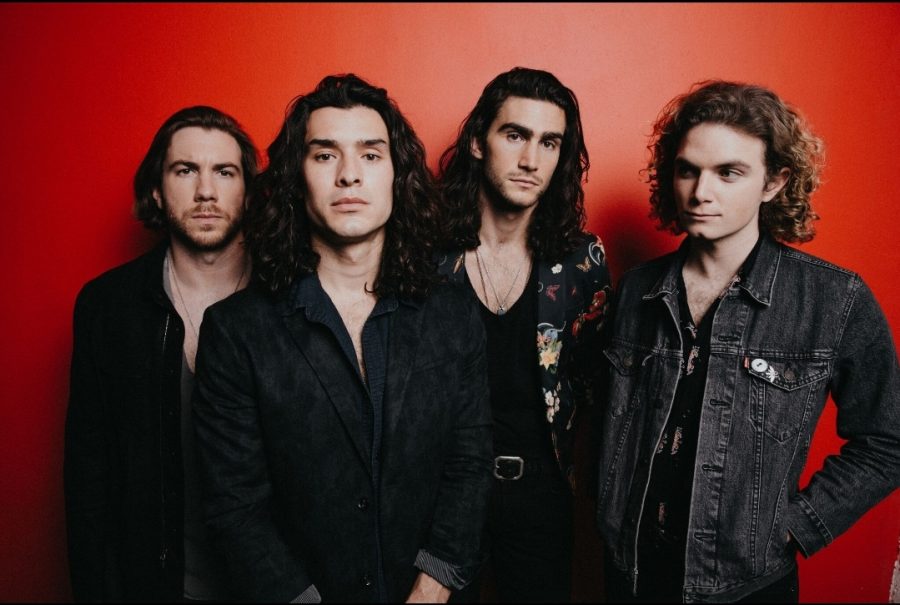 Southern California-based band The Jacks will be performing at Holy Diver on Saturday for the second stop on their two-month tour.

Holy Diver is known to feature rock and alternative groups. The Jacks will be performing at the venue alongside Cemetery Suns,The Color Wild and The New Crowns.

The Jacks describe their sound as rock ‘n’ roll influenced by the British Invasion, according to their Facebook page.

“Ultimately what we want our fans to feel and know is that we’re still a rock band, but we’re pushing the envelope of what’s modern in 2020,” said lead guitarist Tom Hunter. “We want to maintain our aesthetic, but respect the rock ‘n’ roll feel cutting edge records.”

Hunter  began playing music in kindergarten with friend and now bass guitarist of The Jacks, Scott Stone. The two of them started playing covers of the bands that later influenced their sounds.

“I’ve been playing guitar my whole life and I wanted it to be a pipedream, as a kid, to become a rockstar and all that,” Hunter said. “My biggest influence is Led Zeppelin, but each member has their own influence. For everyone else it ranges from The Beatles, The Who, The Growlers, The Black Keys and Oasis.”

The band officially committed to their music in the summer of 2016 when Hunter, Stone and lead vocalist Jonny Stanback recruited their drummer Josh Roosin.

The Jacks really made their name known when their single “Walk Away” was featured on Spotify ads, which helped gain them a lot of traction. The song currently has 178,813 streams on Spotify alone.

“I’m really excited to get new music out to the fans,” Hunter said. “As far as touring goes, I love to travel so I’m really excited about reconnecting with fans and being able to meet the new ones (at) each place we go.”

Doors open at 7 p.m. and tickets are $10 on eventbrite. The show is taking place after the release of the band’s EP “Remember You,” set to come out Friday.