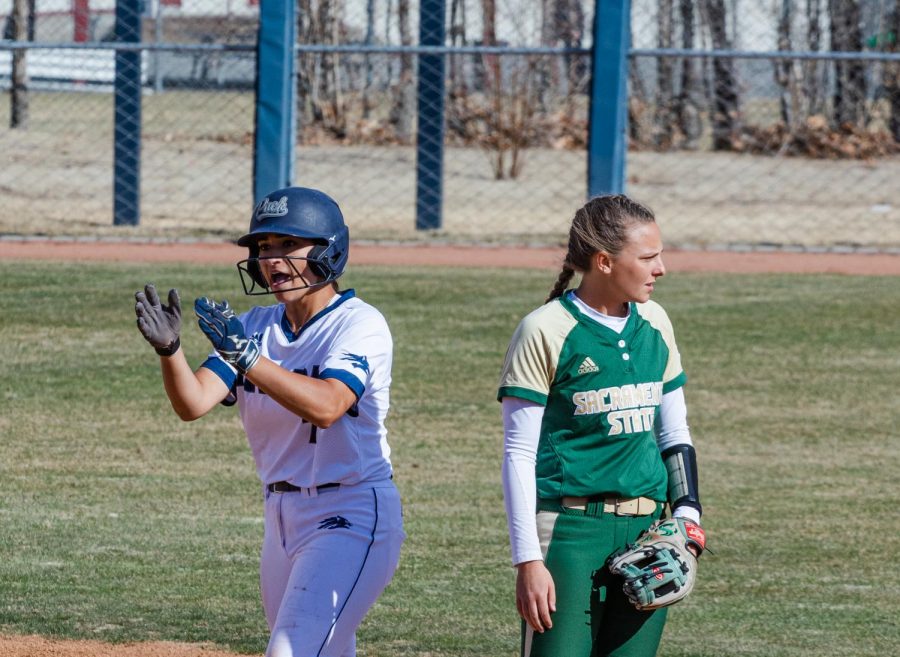 The Sacramento State softball team finished 1-3 in the Wolf Pack Classic over the weekend, bringing them to 14-11 on the season.

The Hornets (14-11) dropped their first game Friday 9-0 in a dominating performance by the University of Nevada, Reno (10-14).  In that game, the Hornets combined for only two hits compared to 12 hits by the Wolfpack.

Senior pitcher Jensen Main was the losing pitcher after pitching two innings and giving up four runs on five hits. The loss brought Main to 5-4 on the season.

Main was one of three pitchers used by the Hornets. Sophomore Alyssa Nunez gave up three runs and senior Danielle Sperry gave up two runs after both pitched one inning each.

On Saturday, the Hornets lost their second game to University of the Pacific (15-9) 3-0.  For the second straight game, the Hornets were held scoreless on two hits compared to eight hits by the Tigers.

The lack of offence was a major issue for the Hornets. Junior first baseman Mo Spieth highlighted the lack of capitalizing on opportunities at the plate.

“We weren’t as productive at that as we wish we would have been,” Spieth said.

Freshman pitcher Marissa Bertuccio pitched every inning and gave up three runs on eight hits against the Tigers. This loss brings Bertuccio to 5-1 on the season.

On Sunday, the Hornets won their first game of the Wolf Pack Classic. In the first game of a double-header, Sac State saw a revenge win against Pacific 3-2.

The Hornets won in walk-off fashion, thanks to a Tigers’ fielding error by third baseman Ralene Estrada, which was able to send Hornets’ sophomore right fielder Brianna Bowers home from third base in the bottom of the seventh inning.

Sophomore pitcher Carley Morfey was the winning pitcher after pitching all seven innings.

The Hornets briefly held a 2-1 lead heading to the bottom of the fifth inning.

Bertuccio lost her second start in the Wolf Pack Classic after giving up four runs on eight hits in five innings pitched. Bertuccio is now 5-2 on the season.

Main gave up the final two runs on one hit and two walks in the sixth inning.

“We didn’t play our best brand of softball, we struggled in all phases of the game,” coach Lori Perez said.  “We’ve been playing really well and sometimes you just hit rough patches and we definitely get one of those this weekend.”

Sophomore middle infielder Kailie Hargis said the team plans to work on a team-focused outlook to carry them into their upcoming games.

“We’ve been talking about a team-first mentality and making sure we’re supporting our teammates and being good teammates to each other,” Hargis said.

Sac State will play next in the Easton Invitational in Fullerton, California starting on March 13. The first game against California State University, Long Beach is set for 4:30 p.m. at Anderson Family Field on Friday.