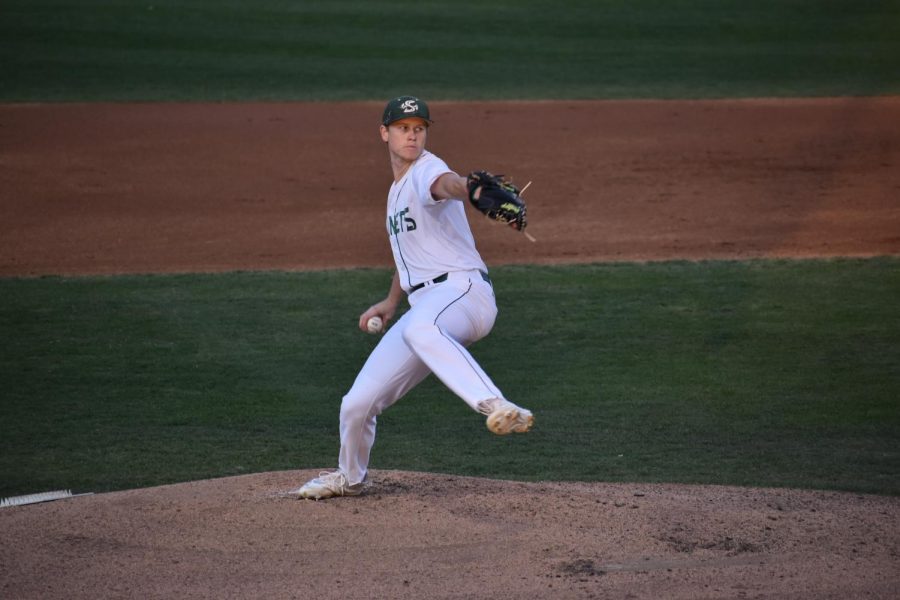 Sac State senior pitcher Parker Brahms throws a pitch against the University of Wisconsin, Milwaukee at John Smith Field on Friday, Feb. 21. Sac State announced Wednesday that all spring sports would be canceled through the end of academic year.

The Sacramento State Athletics Department announced Wednesday that all spring sports are canceled for the remainder of the academic year.

“This is undoubtedly the proper decision for the health and well-being of all involved with the Big Sky, even though it certainly is disappointing for many of our student-athletes and coaches,” Commissioner Tom Wistrcill said in a statement. “We eagerly look forward to our teams returning to practice and competition when it’s deemed safe to resume those activities.”

UPDATE: All Sacramento State spring sports have been canceled through the end of the academic year. https://t.co/ZyC3NuLP9t

The Big West announced earlier on March 13 that the remainder of spring competition and championship events for the 2020 season would be cancelled, ending the season for the beach volleyball team.

The cancellations follow the NCAA’s decision to cancel the remainder of winter and spring sports championships, including the upcoming March Madness tournaments and baseball and softball College World Series. Sac State was set to host the first two rounds of the NCAA tournament at Golden 1 Center on Friday and Sunday.

The NCAA did announce that talks had begun regarding eligibility relief for student-athletes.

Sac State suspended all sports until further notice last Thursday, with a chance that each conference could reevaluate and reinstate play later this spring.