New ASI president chose not to take increase in stipend 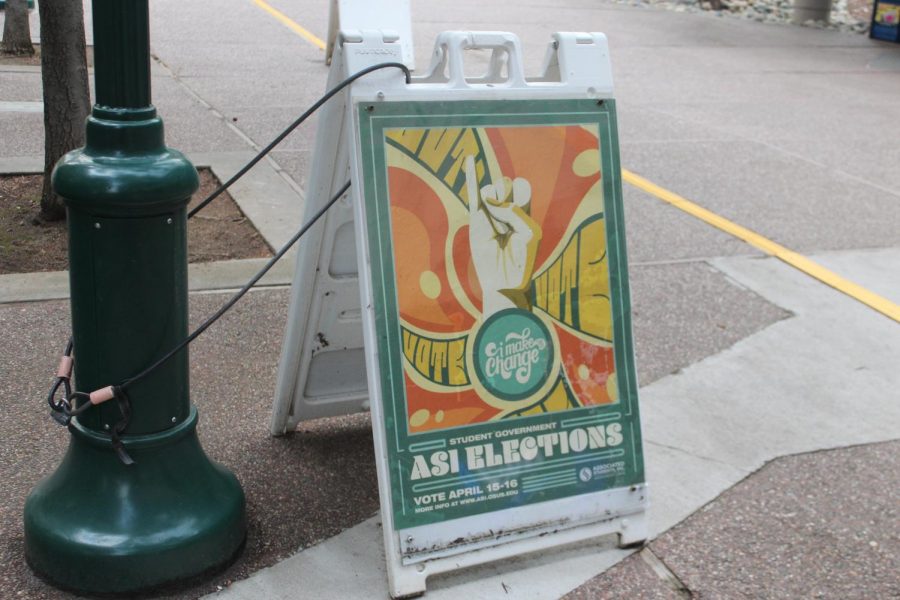 Ad for Sac State's Associated Students Inc. elections coming up on April 15 and 16 outside of the University Union.

Sacramento State Associated Students, Inc.’s former president and executive vice president, Christian Miguel Landaverde and Jennifer Gross, will keep the scholarships they were given at the start of the semester following their resignations, said Reuben Greenwald, director of student engagement and outreach.

The scholarships that are provided to ASI Board members are funded through the ASI student fee. Landaverde and Gross have the ability to maintain the scholarships they have received because scholarships are not revocable, Greenwald said in an email.

Denisse Garcia, ASI’s former vice president of finance who is now serving as president for the rest of the semester, said the transition has not affected the amount she has received in the scholarship provided to ASI board members.

Garcia confirmed that the board members of ASI had already received their scholarship.

“All board of directors received their stipends, we receive them once per quarter and the previous one was sometime around early March,” Garcia said.

Greenwald said if a student starts in a new position with increased responsibilities, they would receive a difference in their scholarship amount from their old position to their new position. The amount of the scholarship increases according to the new position taken.

“For example, the VPF (Vice President of Finance) position received 60% of cost of attendance and now will be fulfilling the President’s role so they would receive an additional scholarship in the amount of 10% of the cost of attendance for the spring semester,” Greenwald said.

Garcia said she chose to forego the increase in stipend.

Landaverde and Gross were able to receive their scholarships as Greenwald cited that “scholarships are not revocable.”

The disbursements of the scholarships are transferred differently.

“The scholarship shall be allocated in equal amounts; 50% each semester and the semester amount will be split into two disbursements,” Greenwald said.

“The Board Scholarship shall be disbursed 50% of the semester scholarship amount approximately one week prior to the onset of each semester; then within one week after census for the balance,” Greenwald said.

Students made comments questioning the former ASI president and vice president’s abilities to fulfill their former roles, which Garcia and Greenwald chose to not comment on.

“In my opinion, they were carrying out their responsibilities to their abilities and of course they stepped down for personal reasons. Those personal reasons I will not disclose,” Garcia said.