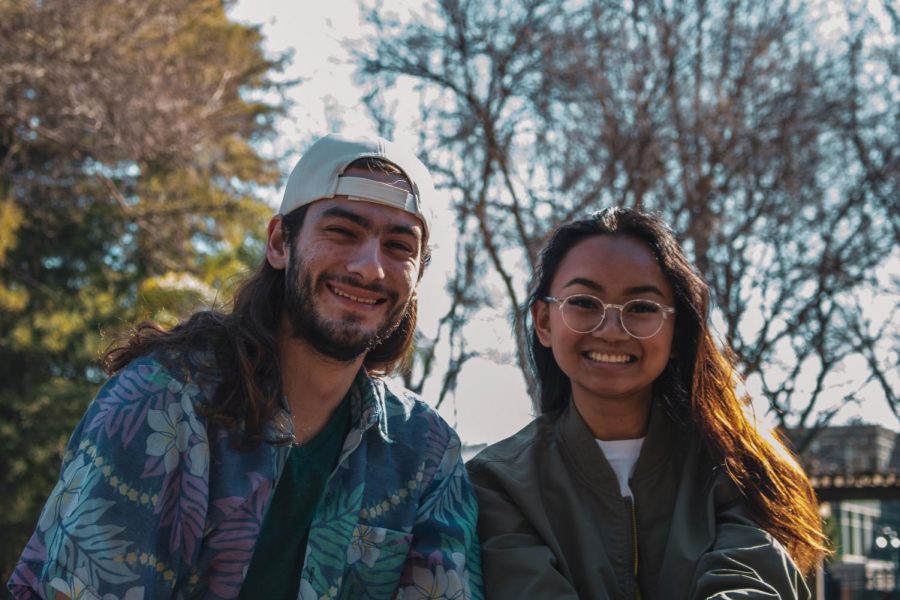 Sacramento State sophomore Billy Hernandez has made music under the eye-catching name CubeOfCheese since 2016.

“I have a psychological connection with a piece of cheese, the dairy product,” Hernandez said. “He’s really the creative genius in this music duo. He comes up with all the ideas and I really just execute them.”

In 2016, Hernandez recorded and released his first song,“End of the Tunnel.” The song ended up in his high school’s “Every 15 Minutes” video, raising awareness about drinking and driving, which has accrued over 6 million views on YouTube.

After his first song, Hernandez took commissions to make background music for other videos including one showcasing the features of Folsom Lake College’s Innovation Center.

“That was the first time I really made money from music and that was a really cool experience,” Hernandez said.

Hernandez released a new song Feb. 14 called “Was Icarus,” featuring singer and first-year computer science major Lauren Mateo. The song, inspired by the story of the Greek mythological figure Icarus, took about a month to finish.

To work on the song, Hernandez and Mateo talked over the phone for almost three hours at a time discussing instrumentals and lyrics they shared in a Google Doc.

“With this specific song, I really felt like less was more, as far as the instrumental,” Hernandez said. “Every time I took something away, it felt like it made it better. I think in large part that’s because Lauren has such a nice voice. That was meant to be the focus of the song.”

The two artists met in the same biology class last semester when Hernandez overheard Mateo talking about getting her band back together. Hernandez talked with Mateo about her music the rest of the semester without revealing he made music himself, until the last day of class when he asked her to work on a song with him.

Over winter break, Hernandez listened to Mateo’s song covers on YouTube to understand her voice and style of music. He wrote a bassline to one of her covers that ended up being in “Was Icarus.”

Mateo began seriously making music when she released her first recorded song, a cover of “Losing” by HER, on SoundCloud in high school.

She then formed a band her senior year after holding auditions at her high school. After struggling to decide on a name to sign up for the Sac State talent show, the band wrote in Placeholder to be temporary, but the name stuck.

“I want to perform live music,” Mateo said. “I don’t want to just play a YouTube karaoke song in the background and me singing over it.”

Placeholder recently held its first gig at The Fig Tree cafe, and will play at Shine Cafe on March 13.

Hernandez is working on a music video for “Was Icarus” with the help of his father, Carlos V. Hernandez, a professional filmmaker who produced films like “Blood, Guts, Bullets and Octane” and “Fugitive Hunter.” The video will feature Hernandez and Mateo and is expected to be released in March.