OPINION: Films to watch while stuck at home

Sometimes it's good to let your mind rest 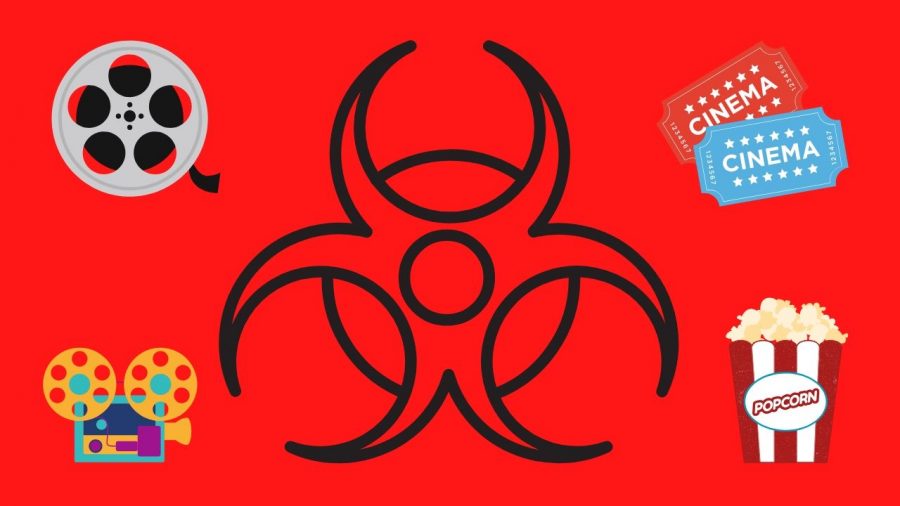 With many students stuck in "quarantine," opinion writer Bradley Hinkson offers his top choices for movies to watch while stuck at home.

So, it looks like most of us are going to be stuck home for awhile.

Sacramento State has decided to move all classes online for the rest of the semester in an attempt to slow the spread of the coronavirus. So for many of us, this will mean more time stuck at home with nothing much to do.

Now the easy choice would be to choose relevant films to a pandemic like “Contagion” or a zombie film. But let’s not make ourselves feel more miserable. Instead, I compiled a list of upbeat films to distract us from the panic outside.

We’re all panicking right now. I know I am. I’ve dealt with horrible anxiety since I was little and take medication for it. But let’s all try our best to make sure this anxiety doesn’t spread more. Stay home, wash your hands and please don’t be xenophobic. Just put on one of these films and relax.
“Paddington”/ “Paddington 2”
These are without a doubt some of the most charming and likeable films to come out in years.

Filled with heart, the “Paddington” films are the perfect antidote to anytime when life is really getting you down. Thanks in part to its lead bear, who’s optimism in life is sure to boost your spirits, it’s hard not to watch these films without a big ol’ smile on your face.

While the first film is extremely pleasant, it’s the second film that is even more so. Featuring a strong emotional core with Paddington and his Aunt Lucy and a near perfect performance from Hugh Grant as the villian Phoenix Buchanan, “Paddington 2” is the perfect film to boost anyone’s spirit.

Both films have a strong central theme of pro immigration and anti xenophobia, which we need now since this pandemic has brought about a lot of xenophobia towards many Asian cultures.

As Paddington’s Aunt Lucy says, “if we’re kind and polite the world will be right.”

Both “Paddington” films are available to rent on Amazon.

“Bumblebee”
I am a sucker for cute robots. So of course a film that centers around one is gonna be a big win for me.

“Bumblebee” decides to take a more small-scale approach to such a big franchise like “Transformers.” It delivers something reminiscent of an ’80s Spielberg-era adventure film.

Focusing on Bumblebee stuck on Earth as he befriends Charlie, played wonderfully by Hailee Steinfeld, the film finds a charm out of a similar storyline we’ve seen time and time again in films reminst of “E.T.” Bumblebee’s antics as he tries to stay hidden on Earth are just too adorable and charming that it’d be hard not to fall in love with him.

When so many big franchise blockbusters try to be as big as possible, it’s nice to see something more small scale and focused on charm like “Bumblebee.”

You can currently stream “Bumblebee” on Amazon Prime or Hulu.

“Popstar: Never Stop Never Stopping”
This is without a doubt one of the best comedies in years and yet no one saw it.

This mockumentary focuses on the fictional Conner4Real (Andy Samberg) and his struggle of breaking out into a solo career. The film pokes fun at celebrity culture and the music industry but has a surprisingly sweet story of friendship at the center of it.

“Popstar” is constantly throwing jokes and nearly all of them land. It holds a beautiful runtime of 87 minutes. The film moves at a great pace with a multitude of jokes.

(A scene involving an attack by a swarm of bees will always be funny.)

Because the film is done by The Lonely Island, it’s filled with hilarious songs as well. “Finest Girl” is without a doubt my favorite but if any of the song perfectly captures at satirizing the music industry it’s “Equal Rights” which does a great job at poking fun at the fake progressiveness of the industry.

Sometimes we all need a comedy to put us in a better mood and hopefully “Popstar” can do that for you.

“13 Going on 30”
Don’t lie to yourself, you like a good romantic comedy. You don’t have to be ashamed to admit it. “13 Going on 30” has always been one of those sweet little films.

What makes “13 Going on 30” so sweet and enjoyable is that it maintains a cheerful tone throughout the whole runtime. It’s very upbeat with an ’80s soundtrack and great lead performance from Jennifer Garner. You can’t tell me that the “Thriller” scene isn’t charming.

Sometimes as much as we want to say we’re above films like these, we definitely aren’t. We all have a soft spot for something. Me? I’ve got a soft spot for Garner pretending to be a 13-year-old in the body of a 30-year-old as she tries to fall in love with cute photographer Mark Ruffalo.

This is the ideal comfort film.

It’s a stressful time right now. But to keep all our anxiety at bay, let’s just put on a film and relax.