Sac State senior athletes’ careers may not be over 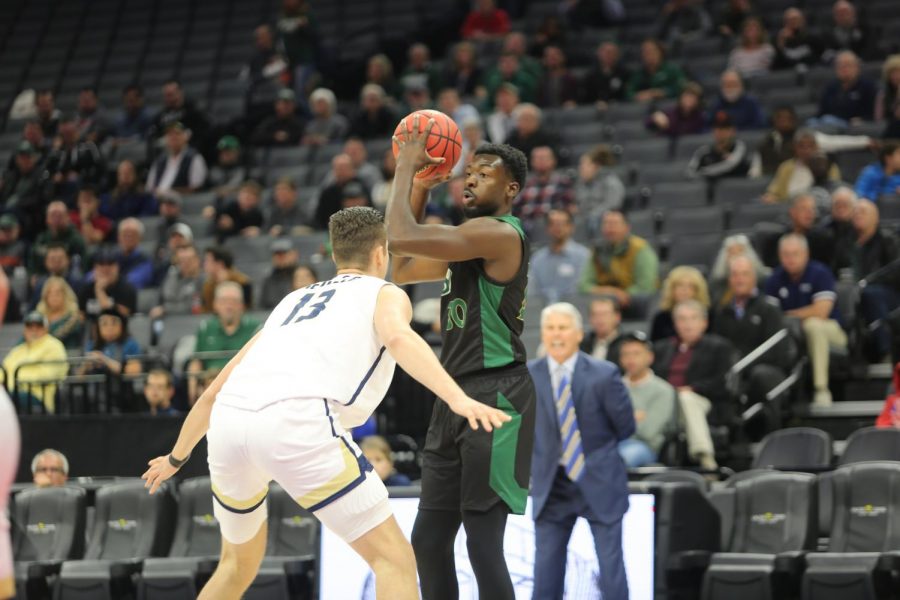 Sac State senior center Joshua Patton looks to make a pass against UC Davis senior center Matt Neufeld on Wednesday, Nov. 20, 2019 at Golden 1 Center. The NCAA formally announced Friday that it will begin discussions regarding eligibility relief for student-athletes due to seasons being suspended amid the coronavirus outbreak.

The NCAA announced Friday that it will begin discussions regarding eligibility relief for student-athletes due to spring seasons being suspended amid the COVID-19 outbreak.

This decision comes less than 24 hours after the institution canceled all winter and spring sports championships.

Sacramento State announced Thursday night that it would be suspending all sports teams’ seasons, following in the footsteps of the Big Sky Conference, NCAA and conferences around the nation.

“This is a great first step by the NCAA to allow student-athletes to receive an extra year of eligibility,” said Sac State Assistant Athletic Director Brian Berger via text message. “It is the right thing to do but there are a lot of details that still need to be worked out regarding NCAA rules in the coming weeks.”

It is unclear whether the NCAA will increase the number of scholarships for thousands of teams going forward. More available scholarships would accommodate seniors with an unexpected extra year of eligibility who were supposed to graduate in 2020 along with the incoming freshmen who were set to replace them.

Not only did the coronavirus outbreak suspend all Sac State spring sports indefinitely, but it also affected the gymnastics and men’s basketball teams.

Seniors Chibueze Jacobs, Joshua Patton, Osi Nwachukwu and Izayah Mauriohooho Le’afa along with their teammates were scheduled to play in the quarterfinals of the Big Sky Basketball Tournament in Boise, Idaho against top-ranked Eastern Washington University on Thursday morning. The entire tournament was canceled mere hours before tip-off.

In the near future, the NCAA will need to address not only eligibility relief for seniors in spring sports, but also how they intend to conclude the basketball season which was in the most important time of the season — March Madness.

This is a developing story that will continue to be updated as more information becomes available.