All theatre productions cancelled for the semester 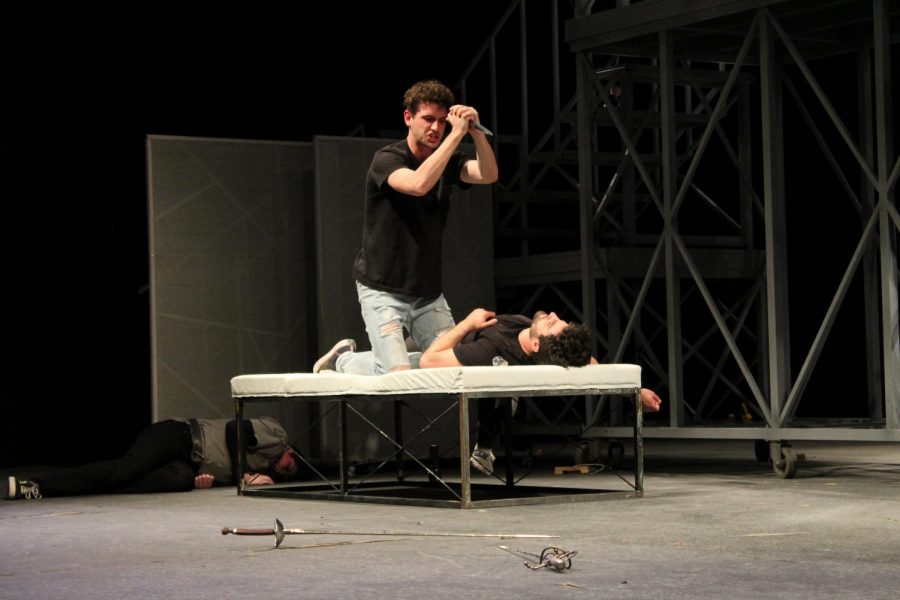 Chris Kamas (Romeo) and Harrison Moore (Juliet) perform the closing scene of Romeo and Juliet at a rehearsal on March 9, 2020. The show has been canceled due to concerns about the spread of the coronavirus.

Sacramento State’s production of “Romeo and Juliet” was intended to break gender boundaries in a unique rendition of the popular play by William Shakespeare, but it was cancelled in an effort to halt the spread of the new coronavirus.

All of the scheduled theatre productions have been cancelled for the remainder of the spring 2020 semester due to COVID-19, the disease responsible for the recent outbreak.

The performance, scheduled to run Wednesday through March 29, aimed to reexamine the 400-year-old play in a modern and inclusive context.

Casey McClellan, a theatre professor at Sacramento State and director of the play, spent a year researching and planning out his idea that implemented “gender-open casting,” which involves ignoring previous gender-based notions of characters and instead casting on skill.

“I encourage Sac State students to be their authentic selves, to defy a societal structure that refuses to accept them for who they are, and to let anyone out there who identifies as other, or queer, or unique that they are not alone,” McClellan said via email.

One of the most noticeable character changes in the show was the role of Juliet, played by actor Harrison Moore.

“After a week, Juliet stopped being a female in my mind, and became a person,” Moore said. “It’s not uncommon to feel confused and unaccepted, and I felt the same way.”

Moore was set to share the spotlight with Chris Kamas who was cast as Romeo.

“It’s a marvelous story,” said Christopher Kamas. “I think what we’re doing with it is phenomenal. It’s a privilege.”

Unfortunately, for this show, the cast and crew will have been the only ones who got to see it.