Felicity “Terezah” Scott always knew who she wanted to be 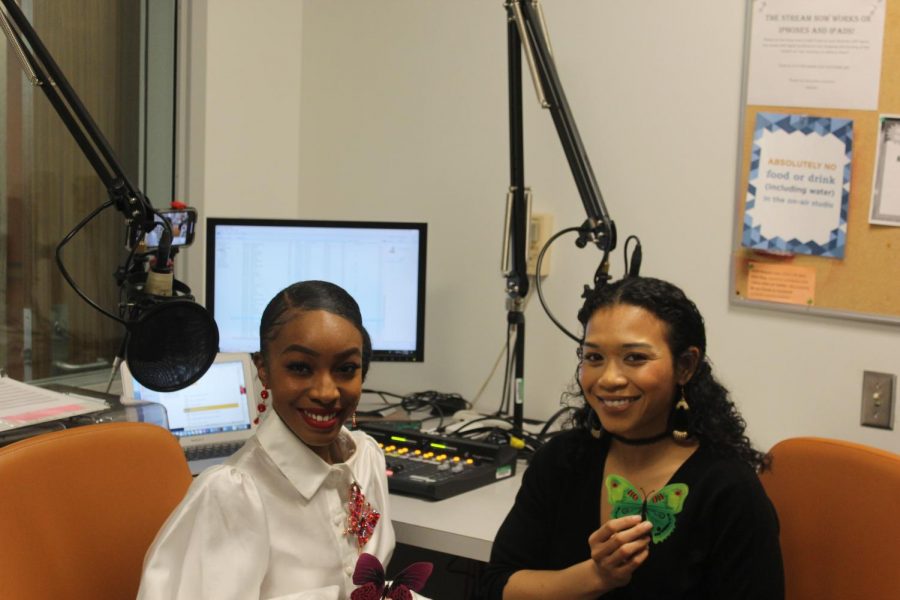 Felicity Scott hosts her radio show "Behind the Butterfly" with guest Celestial Thomas on March 13, 2020. Scott is the vice president of the Student Fashion Association and said she has always known she wanted to be involved in fashion.

For most people, the dilemma that is presented in finding their passion is usually a great one. For some, it’s the exact opposite.

Born and raised in Antioch CA, Sacramento State junior Felicity Scott had an idea of what she truly wanted to do at a young age. The idea of expressing her artistic side through fashion always captivated her imagination.

“Growing up, I always knew who I wanted to be,” Scott said. “I remember even telling my cousins when I was really young that I didn’t want to go to school because I wanted to be a model.”

Scott said she not only realized her passion at a young age, but embraced it as well. She said she first began expressing herself through the way she dressed.

“In high school, I started doing this style, that I called the mix-match style,” Scott said. “I dressed with different bright patterns and different colors of eyebrows.”

The impact that Scott’s wardrobe had on the people around her served as great motivation for her to keep pursuing what she was already passionate about.

“Other people wanted me to color their eyebrows and get them out of their comfort zone, I was trying to push people to be themselves and feel no judgement,” Scott said.

Transitioning into college, Scott’s love for fashion and design never wavered. She didn’t just become a casual participant of fashion design — she is now the vice president of a popular art and design organization on campus, the Student Fashion Association.

“I have a deep sense for fashion,” Scott said. “By being a part of the Student Fashion Association, I’ve really been able to bridge the gap between me and other models and designers.”

Micah Saludares, the current president of the Student Fashion Association, credits Scott for her work above and beyond expectations and even believes that she will one day hold his position.

“I commend Scott for her work even outside of fashion, it adds to her collective view of art and will most definitely help propel her in whatever industry she ventures to,” Saludares said. “Felicity is an aspiring model and soon to be president of the Student Fashion Association.”

Aside from fashion, on Fridays at 10 a.m. Scott hosted her own radio show on KSSU called “Behind the Butterfly,” where she interviews guests who want to tell their personal stories. It is currently canceled due to the University Union’s closure amid fears of the new coronavirus.

“The show is really about looking into people through the lens of a butterfly,” Scott said. “We want to see how people got from where they were to where they are now and really just listen to their stories to inspire others.”

“Felicity is a great host and has such a welcoming personality,” Henry said in a text message. “She displays such a positive experience in what she’s involved in that it makes those outside looking in feel that they can do it too.”

Scott is majoring in graphic design with minors in computer science and marketing.