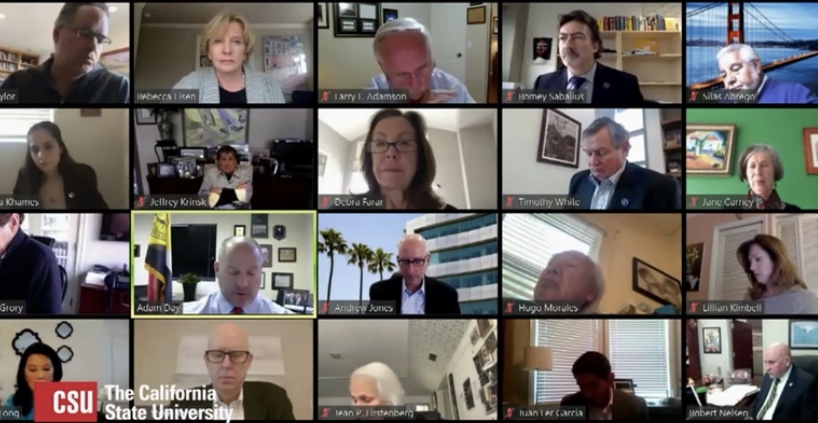 The CSU Board of Trustees held an open meeting through a livestream Tuesday discussing the acquisition of property for an off-campus academic resource center to be established in Placer County. The board voted unanimously to establish the Sacramento State Placer Center.

The center will be completed in partnership with the CSU; Placer Ranch, Inc.; Placer County; Sac State; and Sierra College, according to a press release from Sac State Public Information Officer Anita Fitzhugh.

The center will include a crime lab for Placer County and a transfer student center for Sierra College. Other buildings will follow based on fundraising and public or private partnership opportunities, Fitzhugh said.

Eli Broad, owner of real estate development company Placer Ranch, Inc., donated 300 acres of land to the center in an effort to increase jobs in the county, Fitzhugh said. 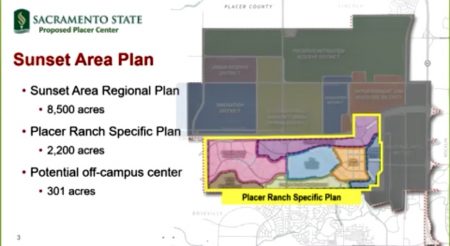 Elvyra San Juan, CSU assistant vice chancellor and an executive of the CSU’s Capital Planning, Design and Construction Committee (CPDC), said that the CPDC plans to mitigate environmental impact of the center.

The Placer County Board of Supervisors approved the Sunset Area Plan, a development project throughout the county that includes the Sac State Placer Center. A lawsuit was filed by the Center for Biological Diversity in January, challenging the plan on the grounds of the loss of farmland, increase in greenhouse gas emissions and poor access to public transit.

San Juan said the board has “received comments” on these concerns.

The comments were partly addressed during the livestream, where community members concerned with the center’s potential to affect affordable housing questioned the decision to build the center in Placer County.

“So there were letters sent to the trustees on Friday and a second set sent out (Monday),” San Juan said. ”I think 49 letters total. With regard to affordable housing in the general plan.” 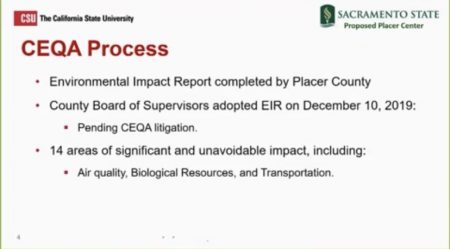 San Juan said the environmental mitigation plan has not been adopted yet.

“The establishment of an off-campus center of Placer Ranch is a strategic opportunity to achieve the university’s mission in the region,” Sac State President Robert Nelsen said. “It is also a meaningful response to the documented unmet need for higher education in an underserved region of California.”

Nelsen noted that the center will be essential for job growth in the area.

“Future workforce development is of critical importance to the region as Sac State is the most viable public institution in the area that can meet the demand in a timely fashion,” Nelsen said.

“The overarching focus was on interdisciplinary approaches to learning as well as partnerships with Sierra College to promote a seamless transition to CSU Sacramento,” Nelsen said. “Initial analysis indicates a first phase of development that can accommodate a student population of 500 to 2,500.”

The CSU Board of Trustees could decide to expand the Placer Center to serve more students in the future. The board said they planned to start groundbreaking for the center in a few years, but do not have a set date yet.