‘I was at a loss for words’: 47 Sac State senior athletes to miss their final season

All spring sports canceled due to coronavirus 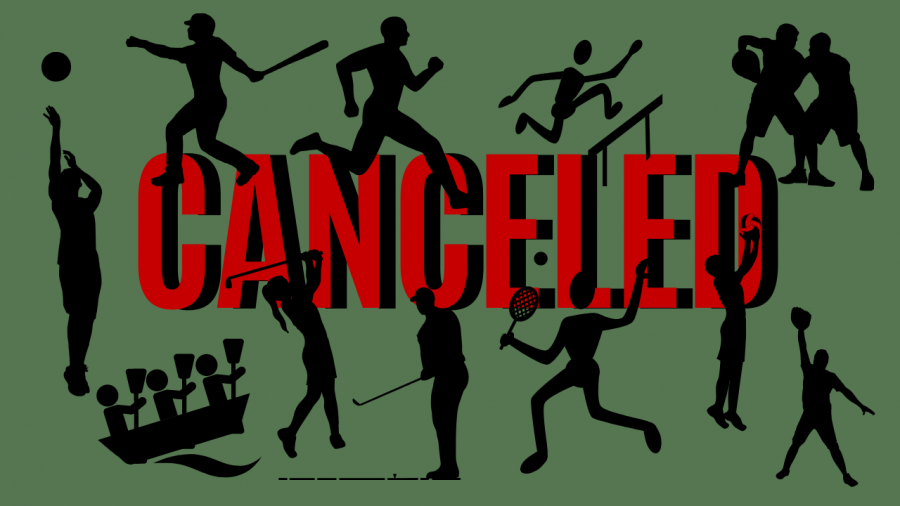 The Sac State Athletics Department announced Wednesday that all sports would be canceled for the remainder of the academic year. Sac State seniors will now miss out on their final year of eligibility.

In addition, four senior basketball players on the men’s team were unable to complete in the 2020 Basketball Championships after the cancellation of the tournament, bringing the total of affected senior athletes to 51.

Sac State’s decision to cancel the remainder of the spring seasons followed the NCAA’s announcement that all remaining winter and spring championships would be canceled due to the spreading of COVID-19, the disease caused by the recent coronavirus outbreak.

UPDATE: All Sacramento State spring sports have been canceled through the end of the academic year. https://t.co/ZyC3NuLP9t

The only winter sports team to finish its season was the women’s basketball team that lost in the first round of the Big Sky Tournament in Boise, Idaho.

The first team to feel the effect of the suspension was the men’s basketball team that had won their first-round matchup in the Big Sky Tournament against Weber State. Sac State was set to play Eastern Washington in the quarterfinals, but Big Sky officials canceled the tournament mere hours before competition was set to begin.

“My first thought was that we had all sort of expected the tournament to be canceled after the NBA and the Power Five conferences postponed (or) canceled the rest of their seasons,” Patton said. “But it still hurt really bad; we felt so confident in our game that we were getting ready to play in.”

Senior beach volleyball player Paige Swinney was taken by surprise when she got the news that her collegiate career would be over, just hours before their match up with Stephen F. Austin State University.

“I was at a loss for words,” Swinney said. “I didn’t think the pandemic would make this much of an impact on us. There were so many thoughts going through my mind, and I was incredibly overwhelmed.”

The cancellation of the season has had student athletes adjust their planned post-college career. Redshirt senior track team distance runner Tristen Thomson was planning to attend grad school after this year.

“Honestly, it took me a moment to process everything,” Thomson said. “I definitely felt crushed because I didn’t get a full indoor and outdoor season last year, so now I’m debating on coming back for a fifth year and delaying grad school.”

Other athletes, like softball player Jessica Scott, were still holding out hope before Sac Sate officially canceled the rest of their senior season.

“I really don’t want to think that I have played my last game yet until that has been 100% determined, or the game has been completed,” Scott said. “I’m trying to find light in this darker time.”

Patton stressed the effect that the cancellations have had across all sports on campus.

“I believe that seniors that want an extra year should be able to get one, especially those that play a spring sport,” Patton said. “I talked to my cousin Morgan Jones who is a senior and throws for our track team, and she was crushed when she found out her career was over before she even had her first meet as a senior. It also affects baseball, softball, beach volleyball and more sports and athletes that have been working hard all offseason.”

Seniors are lobbying for the NCAA to grant them an extra year of eligibility due to the cancellation of their seasons.

“I’m sure everyone feels like their senior season has been taken from them without being able to do anything about it,” Swinney said. “Our senior year is so special to us, and it showcases all the hard work we’ve put into improving as athletes. We would love to end our college careers how we were trained — competing and doing everything in our power to beat teams.”

According to the NCAA Twitter account, discussions have begun about the possibility of eligibility relief, allowing senior student-athletes who played a spring sport the opportunity to come back and play next year.