Opinion: 7 binge-worthy shows to watch while isolating at home 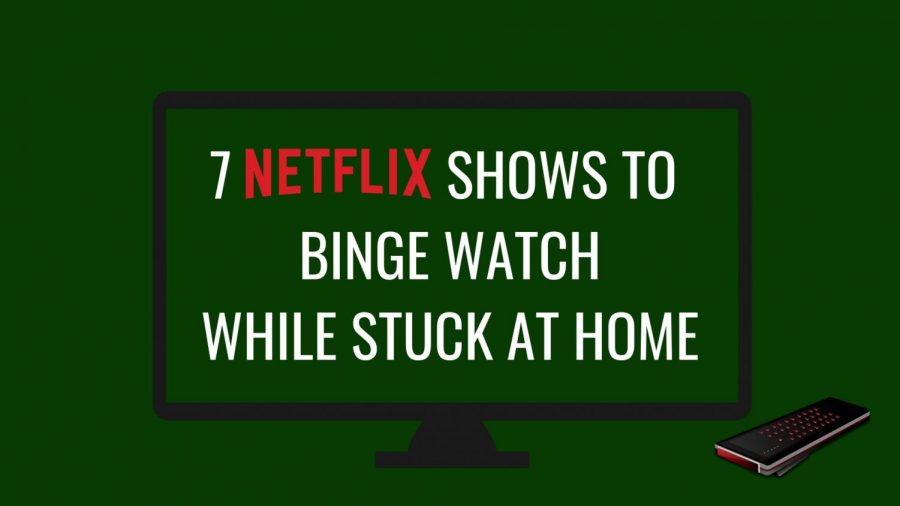 With Sacramento State moving classes online and Sacramento health officials issuing a “stay-at-home” directive, a lot of time will be spent at home in the next few weeks.

All major league sports have suspended their seasons and most production companies have halted filming of all shows currently in production. Heck, even Ellen is not airing new episodes.

There are only so many movies out there that you can watch. The only thing there really is to do television-wise is to binge watch shows on Netflix.

I have compiled a list of some of the best shows to watch while social distancing and isolating yourself at home. No, this will not include shows like “Friends” and “The Office” (even though you should re-watch the “The Office” while you’re at it).

This one is for the shows that deserve a little more love.

If you ask me, this is Netflix’s best original show. Go ahead and fight me on that if you think otherwise, but you are probably wrong.

“Atypical” is about a teenager named Sam, who is on the Autism spectrum, and his family figuring out life. It tackles multiple social topics in one show, including friendship and how Autism is different for everyone. His mother Elsa is kind of the worst, but the greatness of his sister Casey makes up for it.

You will cry, laugh, be angry, be happy. All of the feels.

There are currently three seasons and episodes run around 30 minutes each.

Before you ask: Yes, it is actually educational — but fun.

When I watched “Sex Education” I physically could not bring myself to stop watching the first season, it was THAT good. I also started talking with a British accent, which should be incentive enough to watch it.

It is awkward, but that’s what makes it enjoyable.

The best part is, the series answers questions about sex that I think people are too afraid to ask. While watching there might be things you learn or can relate to that you did not expect.

There are currently two seasons and episodes run around 50 minutes.

Okay… hear me out.

This hot mess of a show is also one of the greatest things to happen to television.

Chances are you watched “Glee” in elementary school or you know some things about it. But even if you have seen it, there are so many things you probably forgot: so many guest stars, so many random songs they sang.

Remember when they sang “What Does the Fox Say” by Ylvis? Because I sure do.

If you need an easy laugh and great music to listen to while watching, it’s time for you to binge watch “Glee.”

Fun Fact: Drake recently edged out the Glee Cast for the most entries on the Billboard Hot 100 Chart.

There are six seasons and episodes run around 45 minutes.

A cartoon parody of “Survivor.” Need I say more? If you did not watch this growing up, now is your chance.

I don’t know what else to say other than this was one of the best shows of our collective childhoods (yes, I am making that bold statement) and it is very fun to rewatch.

The first season is the original, and the others are spin-off shows that sometimes have the same characters. It is madness and greatness.

There are five seasons and episodes are around 30 minutes.

This is another Netflix original that has a great message and deserves more attention. And the legendary Rita Moreno is in it.

“One Day at a Time” is a very empowering show that has a lot of representation; it’s a plus that it’s very funny. It is a sitcom (we love a good sitcom) about a Cuban-American family that has a single mother who is a veteran, the traditional grandmother, a very outspoken feminist daughter and a son who is the only man of the house. And you can’t forget their landlord who provides a lot of the comedic relief.

There are three seasons and episodes are around 30 minutes.

Like “George Lopez,” I swear “That ‘70s Show” is always on randomly in the middle of the night. It is the perfect show to watch in the background while doing other things. It does not require much attention but it provides enough of a distraction to make you forget about things.

In the show a group of friends regularly gets high in the super cool basement of one of their houses and it is set in the ‘70s. Baby Mila Kunis and Ashton Kutcher are great and the characters are pretty iconic if you ask me.

It deserves the same type of hype “Friends” gets so please watch it.

There are eight seasons and episodes are around 30 minutes.

If you are looking for a show that is more of a commitment, this one’s for you.

“Shameless” is very popular for a reason. The characters hook you in and the storylines are intriguing. You get to watch the characters grow up on the show and it is almost like you become part of their dysfunctional family.

This is one of those shows where you really have to pay attention to everything happening, which will not be hard once you become attached to the characters.

It is Showtime’s longest running scripted show and is still airing, so when you finish you have another season to look forward to.

There are currently 10 seasons and episodes are around 45 minutes.