‘Sorry to Bother You’ director speaks on social change 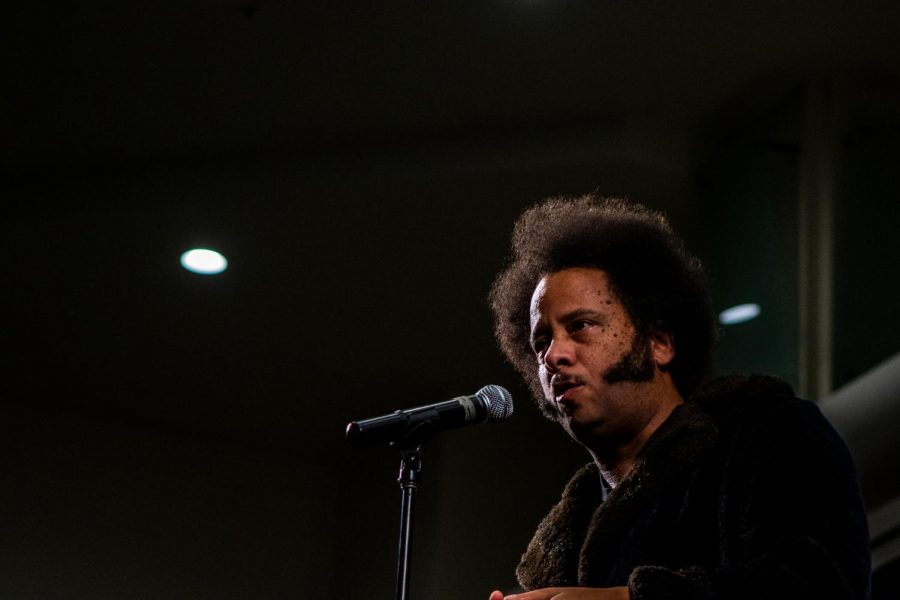 Boots Riley talks socioeconomic struggles, discrimination and the impact from his first feature film "Sorry to Bother You" at the University Union at Sacramento State, Feb. 13, 2020.

Boots Riley, writer and director of the fantasy/sci-fi movie “Sorry to Bother You,” spoke to Sacramento State students at a lecture in the University Union Ballroom hosted by the UNIQUE Programs Feb. 13.

To open the lecture, Riley recited lyrics from the song “Underdogs” by his political hip-hop group, The Coup. The lyrics, “This is for my folkers who got bills overdue” and “Me and you, toe to toe, I got love for the underdog,” highlight the struggle of poverty in communities of color.

Riley emphasized the symbiotic relationship between racism and capitalism.

Riley explained his first film “Sorry to Bother You” touched on the idea that people want to emulate whiteness because they believe it is the opposite of poverty and people of color. In the film, a coworker tells the main character, a young black man, to use his “white voice” to appeal to customers over the phone.

“I just think it’s an extremely important movie right now,” English major Dylan Wells said regarding Riley’s film. “A lot of it’s points about capitalism and how capitalism combines with racism in America, and it ends on a note of direct action.”

Riley said that true change comes from organizing labor in jobs and schools. He added that walking out of class or withholding labor propels a radical movement toward change.

“We’re taking a Mediation and Restorative Justice class, so it’s a good opportunity for us to be more aware about what’s going on right now,” graduate student Bernie Abrea said about why they came to the event.

In regards to Black History Month, Riley said, “We learn the history, but we don’t think about what we need to do to change the present.”

“The history of Black folks is a people in struggle,” Riley said.