OPINION: The most underappreciated performances left out of the Oscars

A gambling addicted jeweler, a doppelganger and a punk rock addict lead a list of performances ignored by this year’s Oscars. 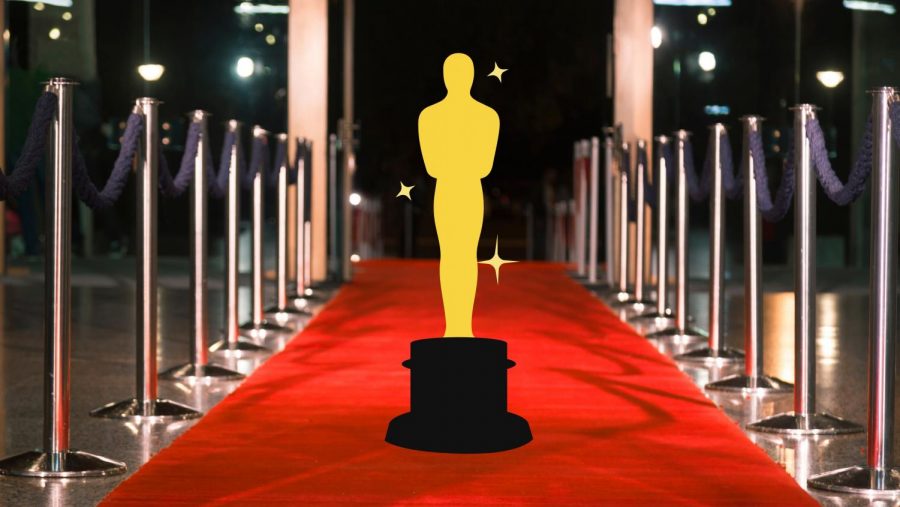 This year marks the 92nd Academy Awards and many actors are in competition to win the coveted golden statue. This year there are some who unfortunately don't have the chance to win, and a lack of diversity among the nominees. Graphic by Kelly Kiernan.

As with every other year, the nominations for the Oscars leave a lot to be desired. Many films and performances that deserved more recognition didn’t make the final cut.

One of the most disappointing aspects was the actors who didn’t get nominated. Last year was filled with many strong performances and the Oscar nominations barely scratched the surface. While you may see those nominations and want to check out their performances, I’d strongly advise you also see these ones left out.

Ever since the premiere of “Uncut Gems” at the Toronto International Film Festival, people have been shouting the phrase “Oscar for Sandman” and why wouldn’t they.

While Adam Sandler is known for his more comedic roles, it is easy to forget about his strong acting talents. His performance as Howard Ratner, a jeweler with a gambling addiction whose life is crumbling around him, is a career best for him.

He’s the only actor who could fully deliver the manic behavior of Howard in a way that is both compelling and darkly humorous. You almost want to hate Howard for every single wrong choice he makes but, Sandler so perfectly puts all his energy into the role that we all want to follow him, even as he ruins his entire life.

I feel like some people forget how hard it is for actors to pull off comedy, so switching over to something completely different can really benefit their talents.

Lupita Nyong’o in “Us”

Horror films have always been a blindspot for The Academy. So naturally, actors in horror are largely ignored despite the fact that the genre has delivered so many strong performances. Some recent ones being Toni Collette in “Hereditary” and Essie Davis in “The Babadook.”

In “Us,” Lupita Nyong’o gives a performance that should go down as one of the best horror performances of all time. She handles the role of Adelaide and her tethered half, Red, with the right balance. She has to tackle these two completely opposite characters and is masterful at it.

But what makes her performance even better is how much more complex it becomes on a rewatch once you know how events unfold. The way you perceive Adelaide’s emotions on a rewatch is much different from the first and that is thanks in part to Nyong’o. It’s an incredibly impressive and dynamic performance that could be difficult for many actors to pull off.

Elisabeth Moss in “Her Smell”

Similar to Nyong’o’s performance, Elisabeth Moss has to tackle two different sides of one character.

In “Her Smell,” Moss plays Becky Something who is the lead singer of an all-girl punk rock band with a self-destructive personality that hurts her and the people around her.

In the first half of the film, Moss plays Becky as this over-the-top personality. She chews the scenery but never in a way that feels like an actor trying too hard; it’s an unhinged performance but one that still has control over it. You never get the sense that she has no idea how to play this part.

But it’s in the second half where Moss flips her performance to something more subdued and quiet, but completely emotional, as Becky’s destructive personality comes crashing down on her. Moss is much more tender in these moments, especially in the moments with Becky’s daughter.

Her performance is the most overlooked of last year, due to a lack of a larger theatrical release for the film. It’s a performance I could not stop thinking about after I saw the film.

If there was any other actor who was having people clamoring for awards attention like Sandler was, it would definitely be Jennifer Lopez.

She completely makes the role of Ramona her own and sells every second of it. It’s an absolute joy to watch her play this role where she has to be glamorous and full of greed at the same time. It’s a morally complex role and Lopez is perfect.

Her chemistry with co-star Constance Wu has a wonderful dynamic and hits a strong emotional core that lets Lopez show off her full range. Like Sandler, people underestimated her. Yet she gave one of the most memorable performances of the year.

The biggest insult to the whole thing is Scarlett Johansson getting two nominations and Lopez getting nothing.

This is just the tip of the iceberg of the performances overlooked at this year’s Oscars. There’s also Awkwafina for “The Farewell,” Shia LaBeouf in “Honey Boy,” and Song Kang-ho in “Parasite.”

Like a lot of people, I am annoyed with how these nominations turned out. There’s a lack of people of color, only two out of the 20 acting nominees are. Many complex and interesting performances didn’t get any love. I think we should always bring up the lack of recognition and diversity that some awards shows neglect. It may not immediately progress the voters to change how they make their nominations but it may cause the public to broaden their horizons in the films they watch.

Take a shot and try to watch something like “Her Smell” or “Honey Boy.” You don’t have to listen to what award shows tell you.