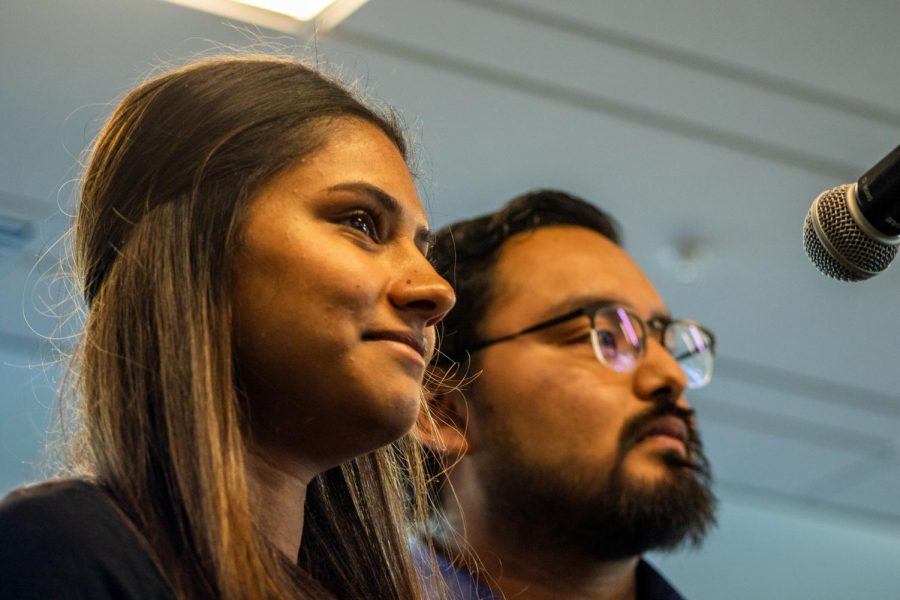 Criminal Justice major Neelam Bandhu advocates for the passing of AB 1460, a bill which will require CSU students to complete an ethnic studies as part of their GE on Thursday, Feb. 27.

Assembly Bill 1460 would require all California State Universities to implement an undergraduate requirement of a 3-unit course in ethnic studies.

The bill would apply to students graduating in the 2024-2025 school year.

AB1460 was introduced by Assemblywoman Shirley Weber February 2019, after professors and faculty from CSUs proposed the idea of an increase in ethnic studies courses.

Weber faces strong opposition from the CSU system, the academic senate and a majority of CSU presidents from across the state. These groups fear AB 1460 will require students to take more units and make it harder for them to graduate on time.

Tissaney Boyd, a legislative assistant working closely with Weber on the bill, said AB 1460 does not increase units required to graduate but helps acknowledge diversity among CSU campuses and the need for all students to have accessibility to classes.

At a Sac State Faculty Senate meeting held in the Green and Gold room Thursday afternoon, students and faculty from both the senate and non-senate expressed questions and concerns regarding the implementation of a CSU ethnic studies graduation requirement.

Lindsay Diesta, an ethnic studies major said she was at the meeting to lend her support for the new bill.

Diesta said that it was offensive that activity courses are listed under ethnic studies.

“It’s kind of a slap in the face to compare ethnic studies as an activity. It does not equate; it’s a superficial class,” Diesta said.

The meeting was not intended to be a discussion on supporting or opposing AB 1460, but an open forum discussion among students and ethnic studies staff.

College of Education Associate Professor, Amber Gonzalez motioned to write a draft in direct support of AB 1460 for the department.

A motion to amend came from Rachel Stark, health sciences librarian, who said the draft should be written with consultation of the ethnic studies department.

Both motions passed in a ruling by the Faculty Senate.

A resolution made by the Academic Senate of the California State University mimics AB 1460 by requiring campuses to establish an ethnic studies requirement. Ethnic Studies staff and students expressed their opposition to the Faculty Senate about the resolution because college campuses can choose to push back the issue and not take immediate action, whereas AB 1460 would be an immediate action.

The Faculty Senate meeting ended with a majority vote to not send an answer to the CSU Chancellor’s office regarding the AS-3403-19/AA resolution that passed Jan. 25.

Another meeting will take place to discuss the finalized draft supporting AB 1460 to the Faculty Senate.

The original posting of this story incorrectly stated the CSU Chancellors Office had passed a resolution that mimicked AB 1460. The Academic Senate of the CSU has passed such a resolution. This story has been updated to reflect the correct information.