Focused on ending gender-based violence, ‘A Memory, A Monologue, A Rant and A Prayer’ returns to Sac State 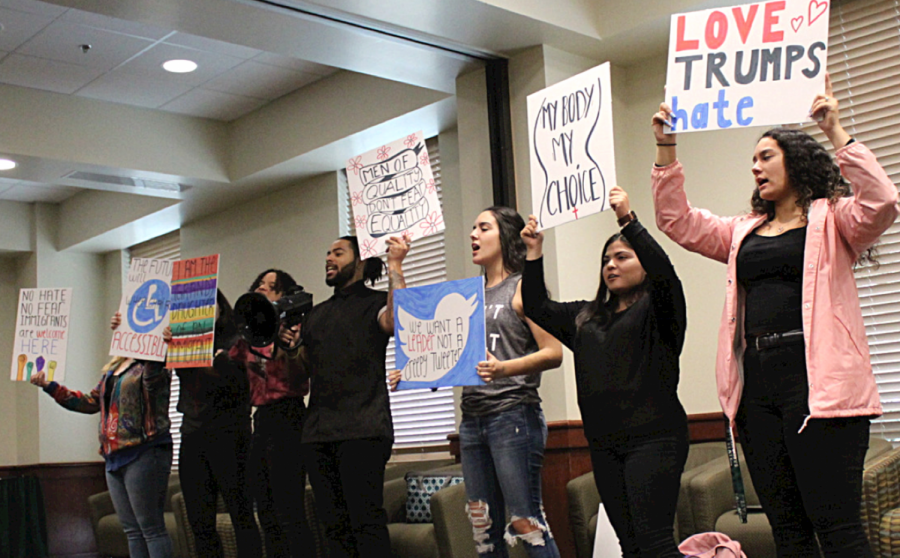 “A Memory, A Monologue, A Rant and A Prayer” will return to Sacramento State for the second year in a row Thursday.

Coordinated by Sac State’s UNIQUE Programs and The Women’s Resource Center, this performance takes place in February to celebrate V-Day, which stands for valentine, victory and vagina according to vday.org.

“A Memory, A Monologue, A Rant and A Prayer” uses the theme “Rise, Resist and Unite” to inform the audience about how to speak out about violence against women.

“The theme can be used by having different people getting together and fighting for the issues we have on campus,”said co-director and Sac State alumna Priyanka Chahal. “Going to the event, and just being there for each other by being active bystanders.”

Chahal said that it is important to show students the different identities and issues on campus because they can learn from the stories being presented.

The production was edited by Eve Ensler, a playwright and activist for women’s rights, best known for her play “The Vagina Monologues.”

The performance at Sac State is directed by Jenna Estensen, Priyanka Chahal, and Chris Pogue. Estensen said that Sac State students can benefit from the play by listening to the stories told.

“These pieces are deeply personal and show the raw truth of what people go through everyday,”said Estenson, student and co-director of the play.

“At the same time, many of these atrocities go undocumented and unnoticed and these womxn deserve more,”Estenson said. “This production gives a voice to these womxn and to their stories.”

“My [scene] is about a child being sexually assaulted by someone in a position of power,” said Nicole Ruday-Deutsch, an actor and behavioral science gender equity studies graduate student.

Ruday-Deutsch said that throughout her almost five decades of life experience, she has lived similar experiences to those of the character in her main monologue.

“(There were) plenty of times in my life where I’ve felt overpowered and marginalized or I felt like my voice was taken away from me,”Ruday-Deutsch said.

In one scene, posters are held above the heads of the actors with phrases such as,“Men of quality don’t fear equality” and, “My body, my choice.”

The show focuses on portraying women dealing with recurring themes of violence, identity and resistance.

Ticket proceeds will go to My Sister’s House, a non-profit organization in Sacramento that serves Asian, Pacific Islander and other underserved women and children impacted by domestic violence, sexual assault, and human trafficking.