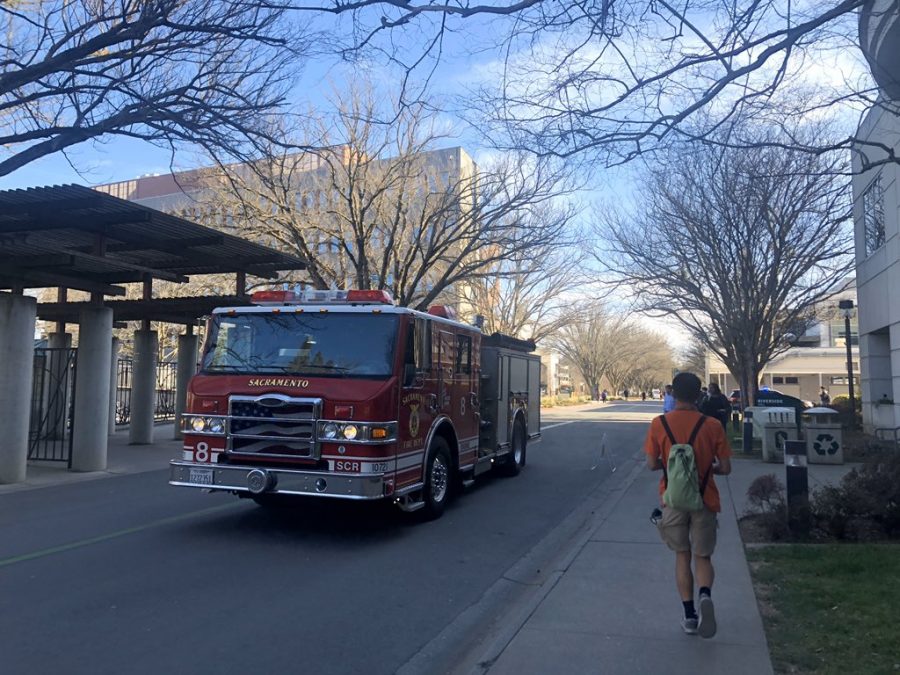 A branch fell and struck a Sac State student on the head on Monday, Feb. 17. The unidentified student was taken to the hospital with non-life threatening injuries, said Sacramento Fire Captain Keith Wade.

Paramedics were dispatched at 2:58 p.m. and arrived around 3:10 p.m. to take the student to the hospital, said Sacramento Fire Captain Keith Wade.

Wade said her injuries are not considered to be life-threatening.

Mikayla Easterling, a bioforensics major, said she was walking with her professor to the professor’s office hours when they felt some small branches hit their backs. They turned around a few seconds later and saw a  student behind touching her head, which had blood on it.

Paramedics arrived on scene and took the person. pic.twitter.com/AVEGFO3AaJ

A woman with the injured student told her to keep pressure on the wound, Easterling said.

Police would not release the name of the student.

A similar incident occurred in August 2018, when a student was hit by a branch in front of the campus library.

The Sac State Risk Management Department will be reviewing the work done on that particular tree in the past, said Gary Rosenblum, the associate vice president of risk management.

Anyone that sees a tree safety hazard, such as a dangling branch, should call the Sac State Environmental Health and Safety hotline at (916) 278-2020.