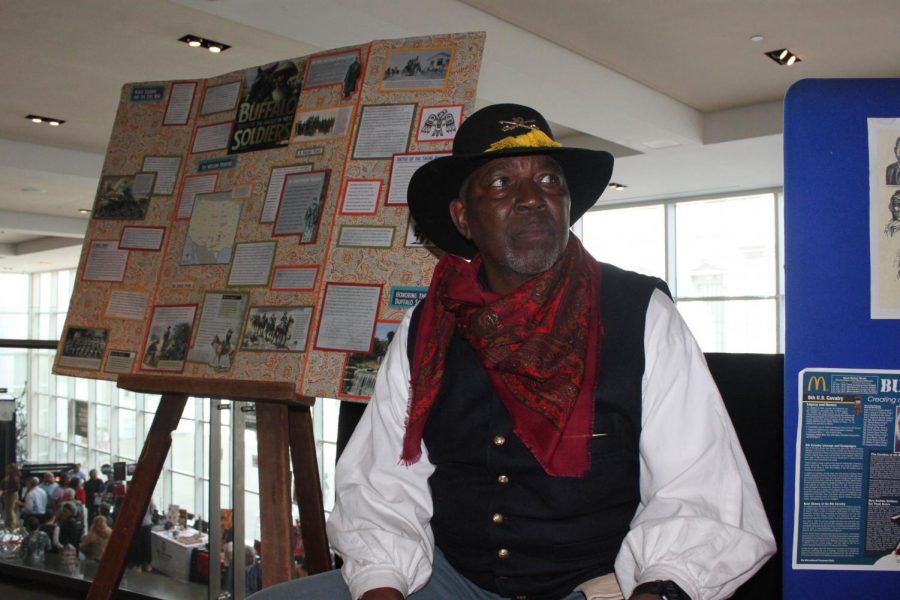 Akinsanya Kambon, a former Black Panther member and Sacramento native attended the festival where he showcased his ceramic sculptures.

Kambon also provided art lessons to those in attendance.

Bill Terrell explains the importance of the Buffalo Soldiers and their contribution to the United States @TheStateHornet pic.twitter.com/AGK8MRTiRk

Local vendors were in attendance selling merchandise and authentic Black cuisine was sold at the Crocker Art Museum’s Cafe.

Additionally, there were a variety of live shows at the festival. At the auditorium, there was a live Sankofa music show, which emphasized activism through art, as well as a steel-drum performance from Shawn Thwaites and a Black Power music jam by Hayez.

In the ballroom, Shawn Thwaites is playing the steel drums @TheStateHornet pic.twitter.com/v2qRVL3iSb

Children were also able to join in the festival’s activities. There was a magic show performed by “The Magic Forest,” storytelling for kids of old African-American tales told by Kirk Walker and family portraits taken by Debra Ledsinger.