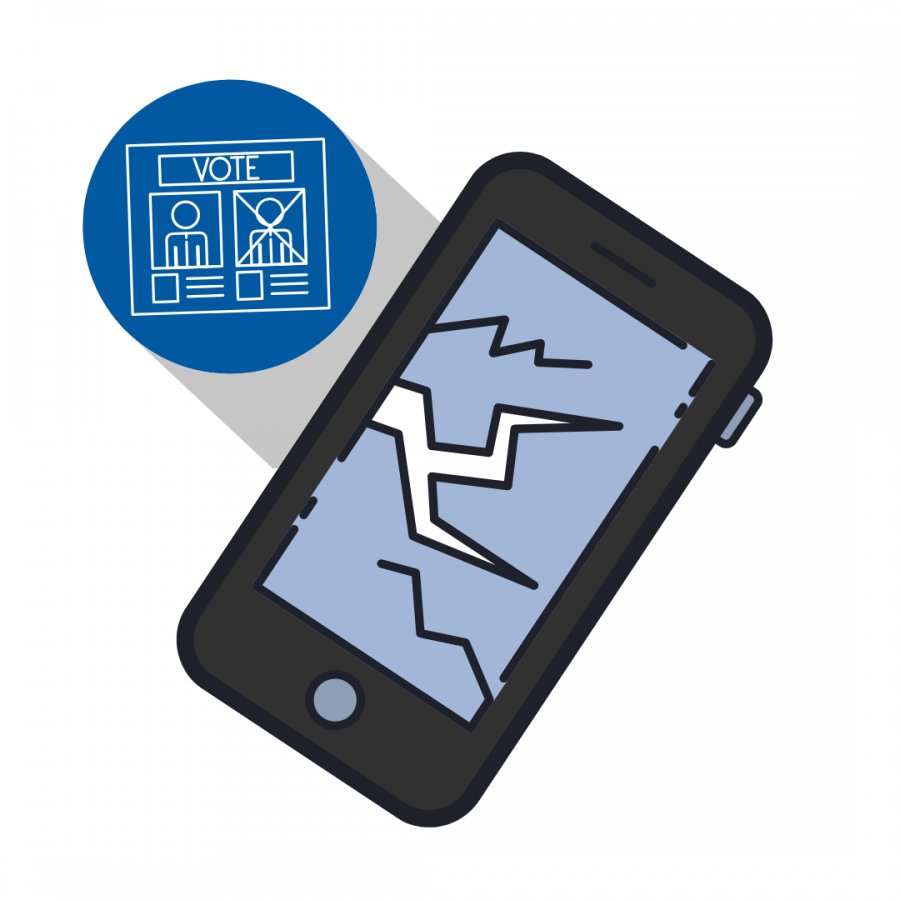 This year, the Democratic Party attempted to implement a new voting technology for the Iowa Caucuses in the form of an app. The app was supposed to show the votes as the precinct chairs reported them.

This caucus is notable because out of the last nine Democratic caucuses, Iowa has voted for the eventual Democratic presidential candidate seven times. Iowa is the first caucus of the primary season and candidates who do well in Iowa are likely to continue a strong campaign.

That is why it was of utmost importance to correctly utilize this newly implemented technology. Above all else, this app should have been vetted, tested and the delegates should have been thoroughly trained. After all, this is a huge part of our democratic process.

Americans across the nation were tuned in Monday night to see who will be the potential party candidate in the upcoming presidential election. As the evening faded, and the morning followed, the state of Iowa had come to no decision on a Democratic candidate.

The culprit was quickly identified as bad code, lack of training and as one Los Angeles Times journalist pointed out, ”technochauvinism.”

Meredith Broussard, a data journalism professor at New York University, coined the term technochauvinism as society’s need to turn to technology as the complete solution to human issues.

Many journalists and tweeters alike have pointed out this is not the first time technochauvinism has appeared in bureaucracy. The healthcare.gov website scandal is another great example of how technology has failed to be utilized in our government.

Hey guys, was let go from my job today 😟. If anyone has any leads, please let me know. I’ve attached my resume. References upon request! pic.twitter.com/B0NuWvP6Cl

— Tyler Dinucci (@TylerDinucci) February 4, 2020
This reckless deployment of software caused a cycle of misinformation that it was created to avoid.

As members of the media woke up Tuesday morning, they began circulating articles on social media almost immediately.

There is already a severe lack of trust when it comes to using new technology in the democratic process. Many in the media were quick to exploit these fears with misguided speculation of the $42,500 spent by Buttigieg’s campaign on Shadow Inc, and perhaps, poor cybersecurity practices.

A spokesman for the campaign quickly cleared the allegations, telling Politifact that the money was intended for the app’s texting platform to contact voters.

As for the faulty code, Iowa Democratic Party Chair Troy Price announced it had no impact on how the data was collected, but only how it was being reported.

With the allegations of Russian influence in the 2016 election, and Facebook-Cambridge Analytica data scandal, there is no shortage of sleazy cyber practices in the political process in recent history.

Technology isn’t always the answer, and that’s clear in Iowa. Silicon Valley should not be pumping out cheap apps, especially ones that record primary votes. Any experienced software engineer involved should have, on a moral level, denied Iowa’s request to make this app in such a short amount of time.

This failure is extremely emblematic of tech culture in 2020, where a functioning app is less important than being under budget and meeting the deadline.

This is not the type of hubris we should be bringing into the commonwealth.

As Broussard further details in her book, Artificial Unintelligence, “our collective enthusiasm for applying computer technology to every aspect of life has resulted in a tremendous amount of poorly designed systems.”

In the Iowa caucuses, the first round of issues arose when many of the elected precinct chairs were unable to download the app. They lacked extensive training on the software, created by a firm called Shadow Inc., which reportedly only had two months to develop the product.

It’s clear that the Democratic party was looking to appear more technologically advanced to appeal to young voters, but failed miserably.

What’s on the line is a bigger threat than having less than eight characters in your password — it’s the fact that the Democrats might be handing Trump a second term.

The Democrat Caucus is an unmitigated disaster. Nothing works, just like they ran the Country. Remember the 5 Billion Dollar Obamacare Website, that should have cost 2% of that. The only person that can claim a very big victory in Iowa last night is “Trump”.

After counting votes through the paper trail, Buttigieg and Sanders are in an extremely close race. As of Wednesday morning, Democratic officials reported that Buttigieg had won by the razor-thin margin of 1.6% with only 71% of the precincts reporting, with Elizabeth Warren placed 6.8% behind Sanders.

As of Thursday morning, we are seeing headlines about 96% of the precincts reporting with Buttigieg taking the lead by only 0.1%.

These technical issues have had the media in shambles this week, and this is not the end of the recounts. Tom Perez, the D.N.C chairman, has tweeted out that “enough is enough” and has called for a complete recanvassing.

Enough is enough. In light of the problems that have emerged in the implementation of the delegate selection plan and in order to assure public confidence in the results, I am calling on the Iowa Democratic Party to immediately begin a recanvass.

It is likely there will be further speculation about Buttigieg’s win in Iowa and his payment to Shadow Inc., but what we do know is that Shadow Inc.’s  services will not be used in the other upcoming caucuses.

Hopefully, we see a more practical use of technology in the caucuses in the upcoming decade.