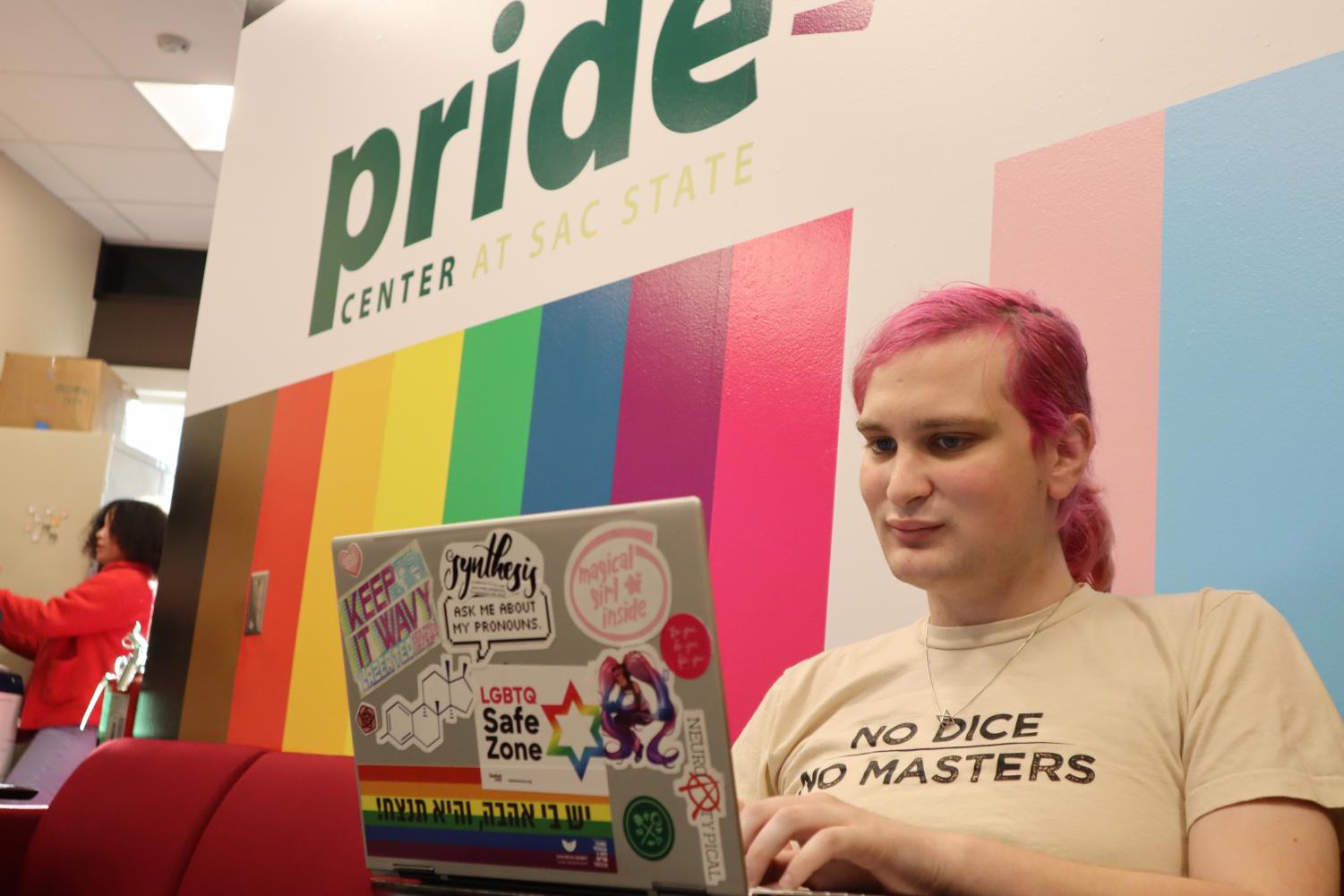 Rosie Quinzel, a computer science major, poses in the Pride Center at the University Union at Sac State on Tuesday, Feb. 11. Quinzel is transgender and said she agrees students should be allowed to use their preferred names on diplomas. (Kayleen Carter)

When you have to see something or be referred to as something that you don’t feel reflects who you are, it just creates a lot more mental stress and mental instability than people recognize.”