Sports bar is popular among students 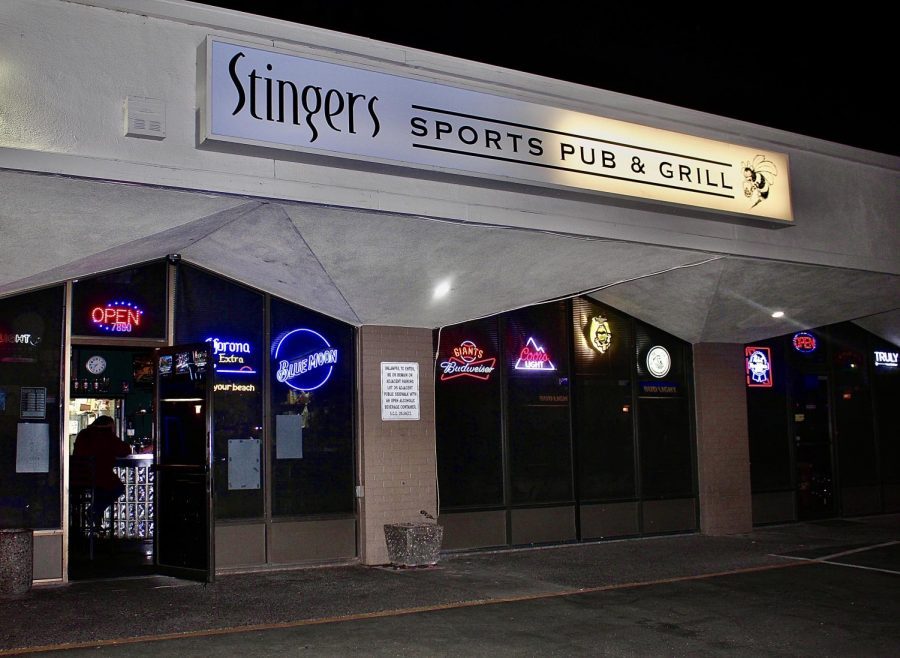 One person sustained an injury after shots were fired at Stingers Sports Pub Sunday night. The sports bar is popular among Sac State students and is less than a mile away from campus. Photo by Kendra Rivera-Molina.

A shooting occurred at the Stingers Sports Pub parking lot late Sunday night near Sacramento State, according to the Sacramento Police Department.

The sports bar is popular among Sac State students and is less than a mile away from campus.

Sacramento Police Officer Karl Chan said the victim, a male, was shot twice, possibly in the parking lot. The victim is expected to survive his injuries after being transported to a local hospital, Chan said.

Possible shooting at the Stingers Sports Pub with evidence of a crime scene @TheStateHornet pic.twitter.com/121RUxpkT5

Broken glass and bloody napkins laid on the floor of the bar entrance as police began to close off the scene.

Police have yet to release information on the suspect and hadn’t made any arrests at the time of publication.

In September of 2018, a similar shooting occurred at the sports pub and Sacramento man Milton Alcantara, 26, was arrested on charges of possession of a firearm by a felon, discharging a firearm, assault with a deadly weapon and discharge of firearms at an inhabited building.