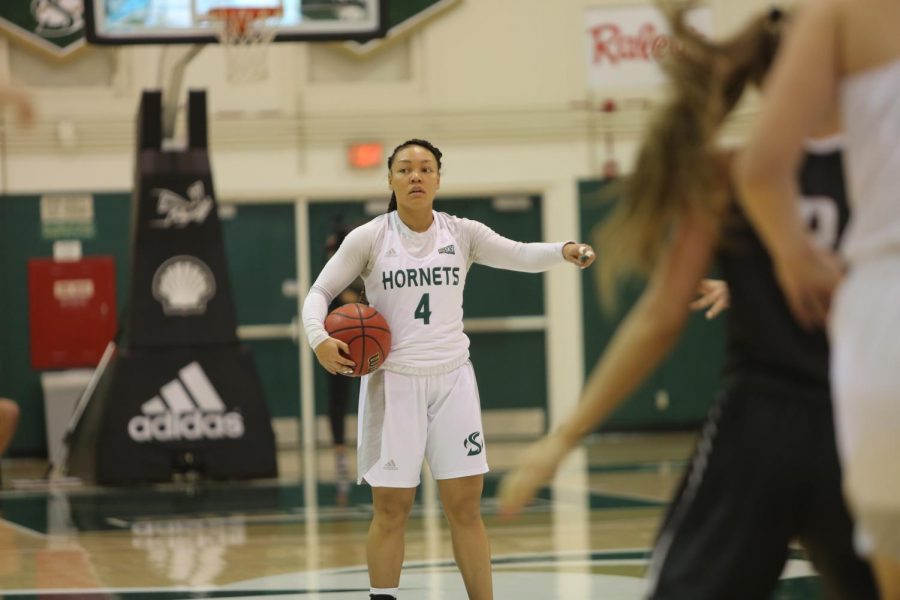 The Hornets (2-10, 0-3 Big Sky) came into the game looking to win their first road game of the season. The Bengals (6-6, 2-1) were focused on holding down homecourt, hosting their first conference game of the 2019-20 season.

Idaho State came out strong, getting out to an 11-4 lead four minutes into the contest. Every time Sac State attempted to mount a comeback, it was matched. The Bengals led 23-16 after the first quarter.

In the second quarter, the deficit for Sac State increased. After a 3-pointer from Sac State sophomore forward Tiana Johnson to make the score 30-22, the Bengals went on a 10-0 run to take a commanding 18-point lead.

An off-balanced 3-pointer at the buzzer from Idaho State junior guard Dora Goles helped the Bengals maintain their 18-point lead going into halftime at 51-33.

Both teams struggled shooting in the third period, as Idaho State outscored Sac State 12-10 to take a 20-point lead at 63-43 into the final quarter.

The Hornets outscored the Bengals in the fourth quarter for the first time all game, but it was too late for a comeback attempt. Sac State outscored Idaho State 19-17 in the fourth yet lost 80-62.

Shooting struggles for Sac State continued in this game. The Hornets shot 30% from the field, 22% from the 3-point line and 54% from the free-throw line. This led to less passing as Sac State only had four assists on 21 made baskets.

Sac State was led in scoring for the second consecutive game by Camariah King. The senior guard scored 19 points on 6-of-14 from the field and three rebounds.

Goles had a game-high 17 points for Idaho State on 5-of-9 from three with five assists and three rebounds. She was followed by sophomore guard Callie Bourne who had 11 points, six rebounds and three assists.

The Hornets have yet to defeat a Division I opponent this season with their only wins coming against NAIA schools, Cal State Maritime and Pacific Union College.