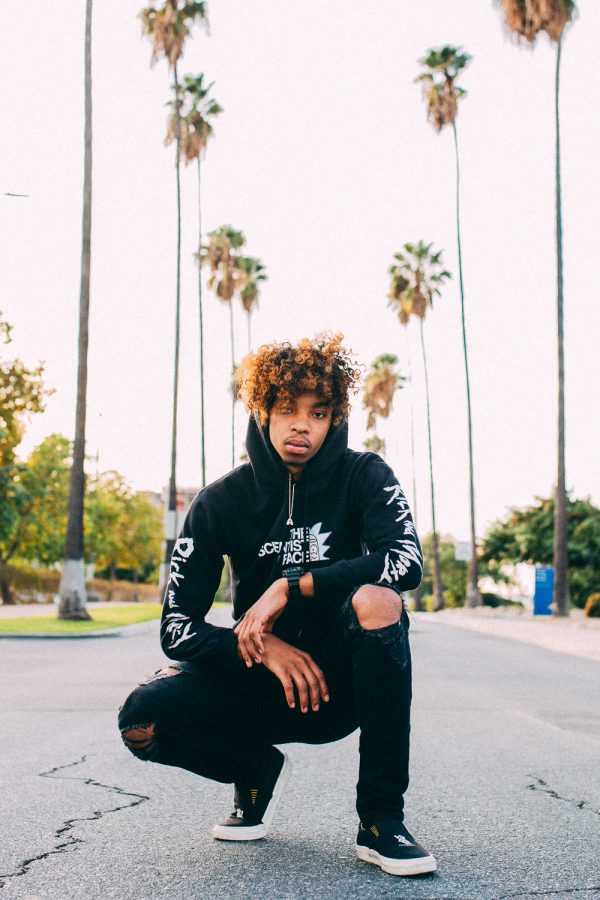 In May 2019, Adrienne Jackson, who goes by the stage name A9E, was finishing up his last semester and track season at Sacramento State all while pursuing his rap career.

After graduating in the spring, Jackson, along with other selected unsigned artists, was given the opportunity to travel with Sprite for the BET Experience last June.

“I got the opportunity through Sprite which was a blessing in itself, and through my supporters,” Jackson said. “If it wasn’t for them vigorously tagging me under their posts, it wouldn’t have happened. I love my fan base like no other. With that opportunity, it really solidified my name as an artist.”

Sprite’s featured platform Sprite Way is a community focused platform, with the goal of helping fans feel heard. In March of last year, Sprite reached out to its followers on social media asking them what artists they would like to see have some exposure, according to Carmelle Kendall, an advertiser with Sprite.

Thanks to fans’ responses, Sprite chose 20 unsigned talented artists to create a community generated playlist. Jackson was chosen as one of them.

Sprite also helps artists gain exposure by adding them to Sprite’s Spotify playlist, as well as posting them on Sprite’s social media platforms and sending them to events like the BET Experience, where they can network with celebrities, watch performances and even receive the opportunity to perform themselves.

Make Sure you guys Tap in with @sprite ‘s IG story to stay updated and Follow our journey throughout BET Experience! ⛓🌎

Jackson, who is from Moreno Valley, California, was raised in a family of musicians. He said music was always something that was going to happen for him. From freestyling when he was younger to now streaming on Apple Music, Spotify and Soundcloud, he knew he was always going to rap at some point in his life.

At a point in Jackson’s life he refrained from rapping. He said when he first began rapping, it wasn’t his first priority.

“For some reason the idea of being an artist wasn’t satisfying nor wanted,” Jackson said. “I’m the type of person where I feel energy out. If my energy isn’t in the music then I won’t be in the music.”

“But after a while, the idea and opportunities kept opening themselves to me,” Jackson said. “Things would happen a certain way and it was very hard to ignore the signs. So I just took it and ran with it.”

Cervantae Williams-Joyce, a close friend of Jackson’s, said his music is uniquely personal and has a broad appeal.

“AJ is not just making music. Everything he’s talking about either happened or he’s speaking it into existence,” Williams-Joyce said. “Plus he makes music for everyone.”

Jackson said he prides himself on creating authentic music. He said  when it comes to the rap industry, he is truly himself and no one can change that.

“My flow and music sounds different because it’s me,” Jackson said. “There isn’t another A9E on this earth. I’m the only one. You can’t put me in a box with other artists because I’m different; my sound is different.”

“This is my real life. Every song I drop, you’re going to hear my story,” Jackson said. “My autobiography.”

“AJ is so talented as an artist because he’s extraordinary at lyrics and allowing the beats to flow with his creative mind,” McDaniel said. “He’s the true definition of hubris; he carries great confidence with excessive in a positive way. AJ certainly has emerged as one of the young and up and coming idiosyncratic talents of his time.”

Jackson has big plans for his music career in 2020 and said he and his team are excited for new, upcoming content including music videos, photo shots and versatile songs.