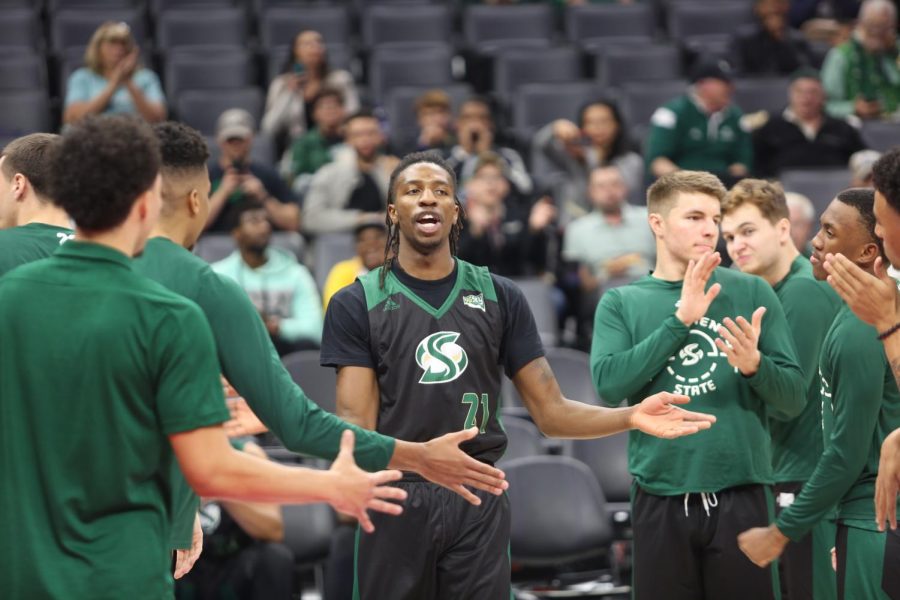 The Sacramento State men’s basketball team fell behind early Saturday afternoon on the road at Southern Utah University and failed to recover, losing 74-49.

The Hornets (10-6, 3-4 Big Sky Conference) have struggled away from the Nest this season with a 2-6 road record. The Thunderbirds (11-6, 4-2) came into the contest looking to rebound following a home loss to Northern Arizona University.

During the first ten minutes of action, defense prevailed. The Hornets and Thunderbirds were knotted at 10 until Sac State senior center Joshua Patton made a free throw to give his team the one-point advantage with 10:06 remaining in the first half.

After conceding the lead, Southern Utah would make their run. Over the course of 5:13, the Thunderbirds went on a 17-1 run to take a commanding lead at 27-12. Sac State took a timeout with 3:11 left in the first half to refocus. The Hornets were able to limit the damage and went into halftime trailing 33-18.

In the second half, the Thunderbirds increased their lead to 20 at 45-25 with under 13 minutes left in the game. Sac State attempted one last comeback attempt with a late 6-0 run, cutting the deficit to 58-46 and leading to a Southern Utah timeout.

Southern Utah was led to the win by senior forward Cameron Oluyitan who had a game-high 19 points, five rebounds and three assists. Junior guard Dre Marin added 17 points, four rebounds and four assists. Off the bench, junior guard John Knight III was perfect, scoring 13 points on 4-of-4 from the field and 5-of-5 from the free-throw stripe for the Thunderbirds.

Sac State will now return home for one game and attempt to remain unbeaten at the Nest against Portland State on Thursday night at 7:05 p.m.