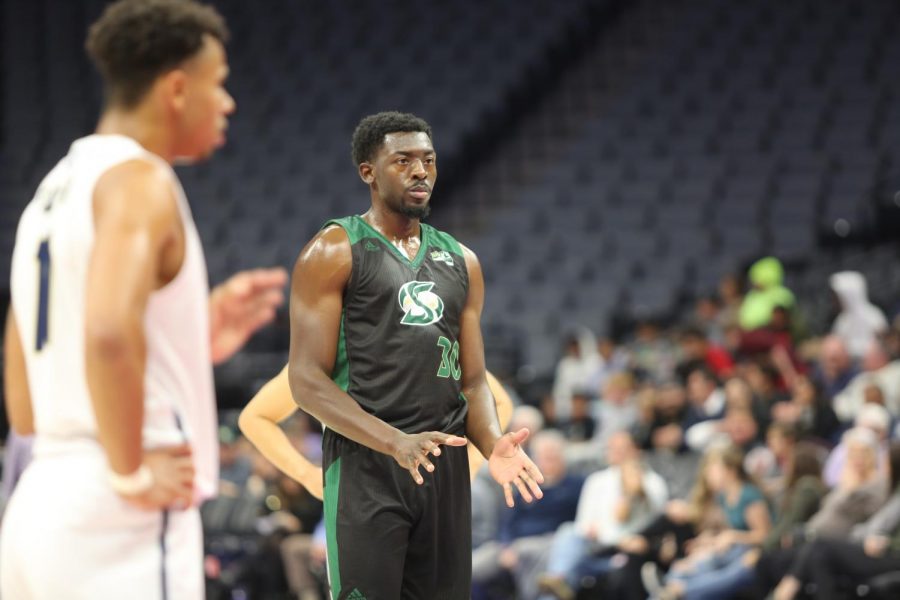 “We believe in our team, we didn’t hit the panic button at all,” said head coach Brian Katz. “We were disappointed in the Montana State game, they outplayed us. The Montana game we could of won and it was more representative of who we are.”

The Hornets started the game with the type of energy you’d expect from a team seeking its first Big Sky win.

Sac State connected on seven of its first 13 shot attempts and forced three early turnovers to jump out to an early 15-9 lead.

“We came out and played hard, we played like we did in the pre-season,” Patton said. “In the first couple of league games we slipped off a little bit but being back at home allowed us to get back to how we love to play.”

Sophomore guard Brandon Davis made five of his first six shot attempts and finished with 11 points and four rebounds in the first half.

The Hornets shot 18-30 from the field and took a commanding 39-19 lead into halftime.

“We have to play Sac State basketball,” Katz said. “We have to be consistent and let our offense compliment our defense.”

Sac State continued its dominance in the second half.

Idaho State trimmed the lead to 16 in the first five minutes of the second half, but the Bengals would not get any closer.

The Hornets responded with a 5-0 run to regain a 20-point advantage after a made three from sophomore guard James Bridges.

Sac State outrebounded Idaho State 36-26, assisted on 19 of 29 made shots and turned the ball over a season-low seven times.

“They are a very good rebounding team so we felt really good about that,” Katz said. “And we only had seven turnovers so we weren’t giving them the ball so that’s great.”

Patton, who scored 17 points in the first half, finished the game with 19 points and six rebounds.

The senior became just the second Hornet center in program history to record 1,000 points in their career.

“I’m so proud of him, he’s a guy that was not recruited out of high school by anybody other than us,” Katz said. “Skinny kid, nobody wanted him and he never dreamed of playing Division I basketball.”

“What I like about J.P. (Patton) is he’s very humble and he’s very appreciative of the opportunity he got here. To see what he’s turned into as a fifth year senior is so rewarding,” Katz said.

Patton, a 2015 graduate from Sierra High School in Manteca, led his team to its first ever Sac-Joaquin Division III Section title his senior year before coming to Sac State.

“It’s a great accomplishment for me,” Patton said. “I’ve really improved over the years and my coaches and teammates have put in a lot of time with me over the years.”

The Hornets return to action Thursday against Northern Arizona University at 7:05 p.m. inside The Nest.