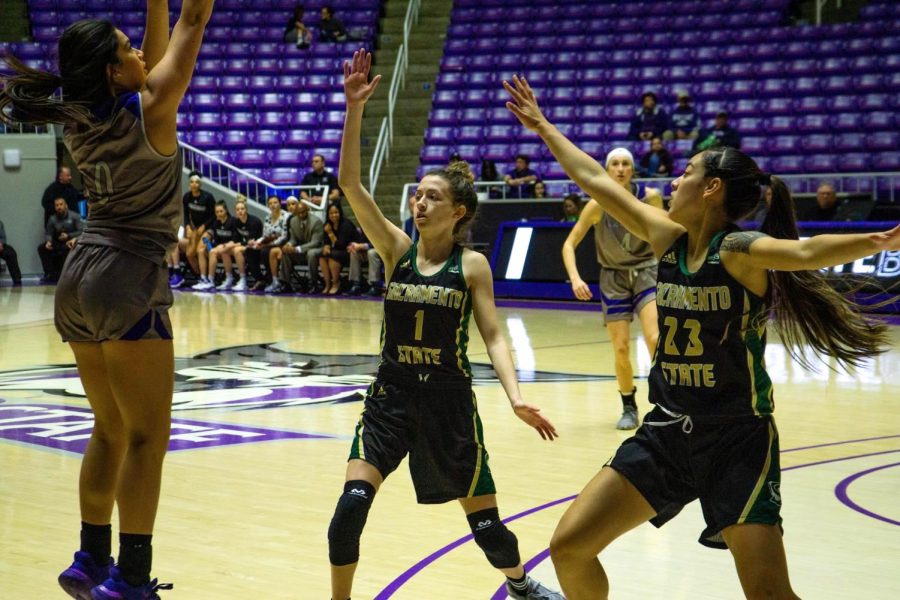 In a battle at the bottom of Big Sky Conference standings, the Sacramento State women’s basketball team decimated Weber State 91-67 on the road Saturday afternoon.

The Hornets (3-11, 1-4 Big Sky) accomplished many feats with their win over the Wildcats (3-11, 1-4). Sac State defeated a Division I opponent for the first time this season, snapped a four-game losing streak and earned its first conference win.

The Hornets continued their lead in the second quarter. Both teams lit up the scoreboard but Sac State had the advantage at 31-28 to take a 57-48 lead into halftime.

Sac State seized control of the game in the third quarter. The Hornets led the Wildcats 66-58 with 4:24 left in the quarter before Sac State took over with a 14-2 run to close out the quarter. Sac State carried an 80-60 lead into the final quarter.

The Hornets cruised to their third victory of the season in the fourth quarter. Both teams slowed the pace as Sac State outscored Weber State 11-7 and would go on to win emphatically 91-67.

With the win over the Wildcats, the Hornets won their first game away from the Nest. All five of the Hornets’ starters scored in double-digits.

A key to victory for Sac State was the turnover battle. The Hornets only had nine turnovers to the Wildcats’ 26 as Sac State had 17 steals.

The Hornets shot well Saturday afternoon as Sac State converted 49% from the field, 38% from three and 80% from the free-throw line.

Weber State got a strong performance from junior forward Kayla Watkins who scored a team-high 17 points on 6-of-12 from the field with six rebounds and four assists.

The Hornets will return home to the Nest on Thursday afternoon when they take on the University of Northern Colorado in a matinee game at 12:05 p.m.