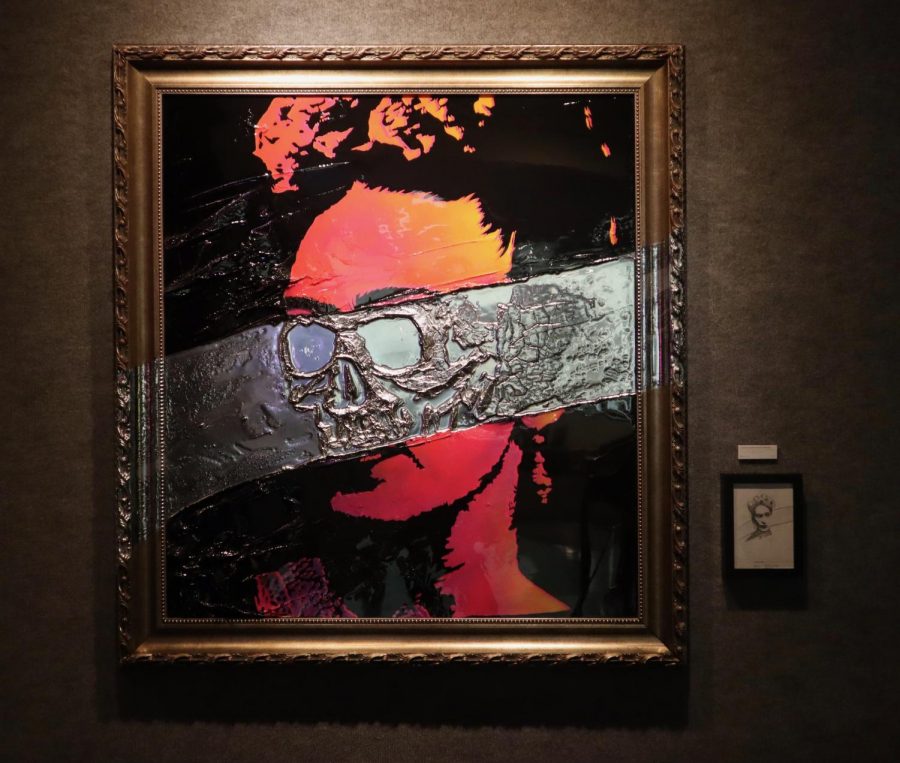 Hernandez's said his piece "I love you more than my own skin" is inspired by antique wooden frames with gold ornate detail. Static Motion will be available for free to students in the University Union Gallery until Dec. 12.

According to the University Union, Hernandez’s “work presents an evolution of textural experimentation for others to engage in the dimension and color.”

Hernandez grew up in Santa Clara and said he has gravitated to art for as long as he can remember. Originally, he wanted to study architecture but said he realized he was terrible at math.

Hernandez said his art is inspired by textiles and fashion designs, two mediums he enjoys working with. 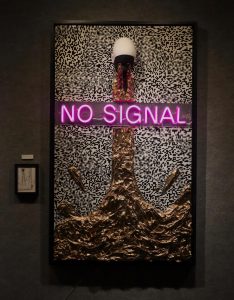 Hernandez said his piece “No Signal” means we often get lost in our screen and forget to look up and enjoy the moment. Static Motion will be available for free to students in the University Union Gallery until Dec. 12.

With “Static Motion” being Hernandez’s first art exhibition, he said he wanted to challenge himself by creating artwork based on experiences.

According to Hernandez, the name “Static Motion” is influenced by the hectic world of social media and the motion humans have on a screen, whether it’s browsing the web or playing a game, while our bodies are in a static state.

Hernandez said his piece “I love you more than my own skin” was inspired by his personal affinity for Mexican artist Frida Kahlo, and that the piece represents how raw a person really is beneath the layers of the surface we see.

“It’s about pulling back the mask and realizing we are all the same underneath,” Hernandez said.

Jerry Garcia, a music major, said he is fond of Hernandez’s work. Garcia said his song ideas often come from visiting art galleries and that he was excited about “Static Motion” potentially becoming a new inspiration.

“I make beats based on what the artwork makes me feel… his choice of texture and color is what really speaks to me,” Garcia said of Hernandez’s work.

Hernandez said that fear of rejection made him unable to commit to art as a career at first, but with the help of friends and family, he learned to let go of that fear and began to venture out with his artwork.

“Everything felt right and started to fall into place,” Hernandez said.

“I’ve never seen any work like his,” Porras said. “It screams. It’s loud. It pops in your face.”

Hernandez said his purpose for hosting an exhibition is the ability to be free in his work. He wants the audience to question their own life experiences and hopes to uplift them, he said.

With his artwork being in a campus setting, Hernandez does not know what to expect but looks forward to the energy students will carry.

“I’m happy I can end the year with this energy,” Hernandez said.