Hornets improve to 6-1 for second time in program history 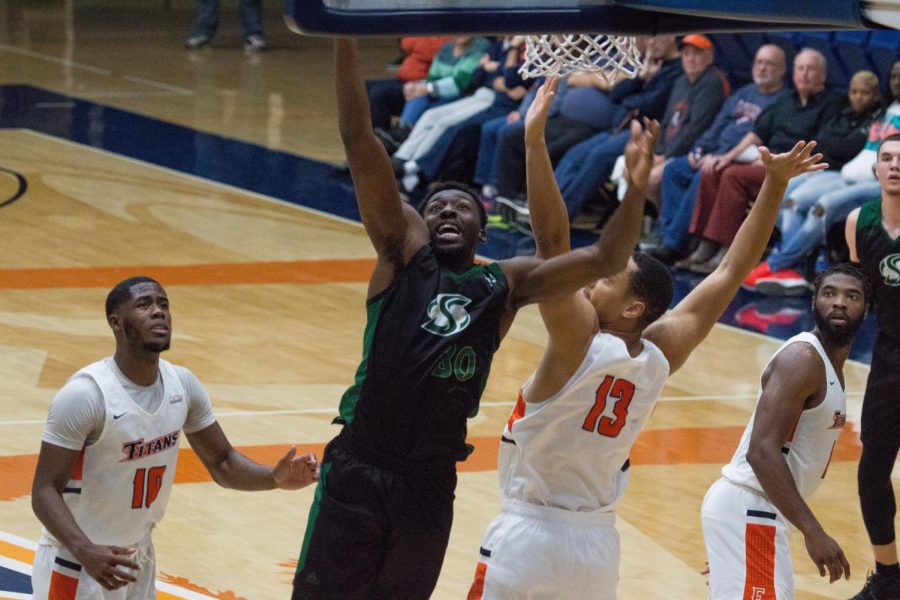 Sac State senior center Joshua Patton goes for a layup against Cal State Fullerton on Saturday, Dec. 7 at Titan Gym. The Hornets defeated the Titans 62-59 on the road to improve to 6-1 on the season.

The Hornets (6-1) were playing their third game of the season outside of Sacramento and beat the Titans in Fullerton for the first time since 2003. Last season, Sac State beat Fullerton 87-82 in overtime inside the Nest.

Sac State raced out to a 6-0 lead as senior center Joshua Patton asserted himself early. Patton, the reigning Big Sky Conference Player of the Week, scored four of the first six points for the Hornets.

Sac State received an early scoring boost off the bench from sophomore forward Jordan Cooke-Harper. The sophomore had not scored in a game this season before finishing with eight points in Tuesday night’s 72-36 win over UC Merced at home.

Cooke-Harper scored all six of his points of the game in the first half. Patton and senior forward Osi Nwachukwu each added four points to give the Hornets the 23-21 lead at halftime.

After Sac State pushed its lead to four, Fullerton scored five straight points to take a one point lead.

Junior forward Ethan Esposito shouldered the offensive load for the Hornets in the second half.

A layup from the junior with 3:51 left in the game pushed the Hornets’ lead to four points.

The Titans cut the lead to one with under two minutes to play, but a 3-pointer from junior guard Bryce Fowler with 1:48 left on the clock gave the Hornets a cushion they would not relinquish.

Esposito finished the game with a team-high 16 points and nine rebounds. Fowler added nine points and four rebounds off the bench. 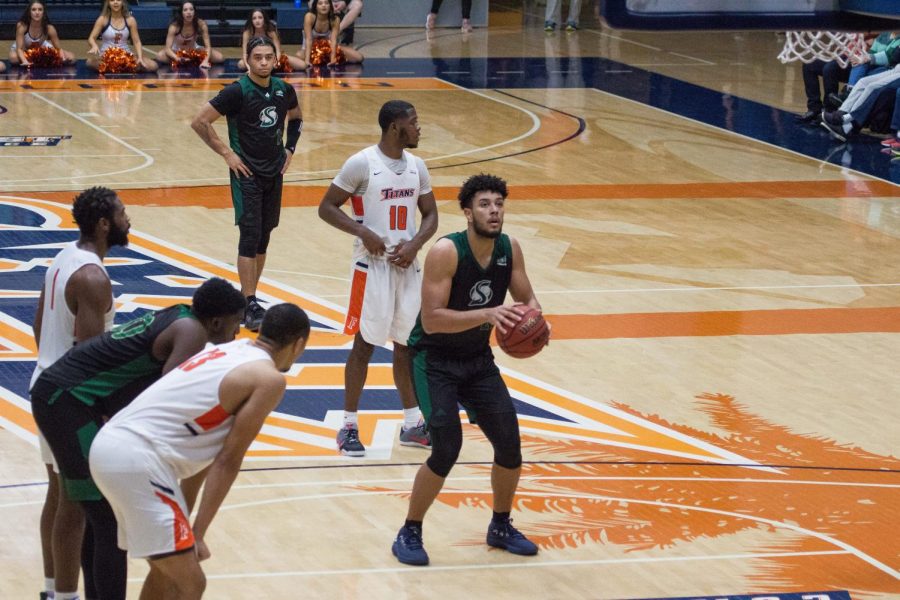 Sac State’s defense limited Cal State Fullerton to 38% shooting for the game. The Hornets held an opponent to under 60 points for the sixth time this season in their 62-59 win over the Titans.

“It was a great win, we showed our resilience tonight,” Patton said. “Our guys played phenomenal defense throughout the game. We took Fullerton’s best punches and regrouped. Down the stretch, we just kept choking them out until the end.”

The senior finished with seven points before fouling out with five minutes left in the game.

Sac State will look to continue its early season success at Santa Clara next Saturday.

The 6-1 start is the team’s first in its Division I era and second in program history. No team in Sac State history has ever started the season 7-1.

“We all know that this is the best season start that we’ve had in a long time but we’re not satisfied and in our eyes, we should be 7-0,” Patton said. “We let one game slip by at Colorado and we’re just not trying to let any more games go. We all have the same goal which is to win the rest of our preseason games then win conference so that’s all we’re focused on.”