REVIEW: ‘The Irishman’ paints Frank Sheeran’s side of the disappearance of Jimmy Hoffa 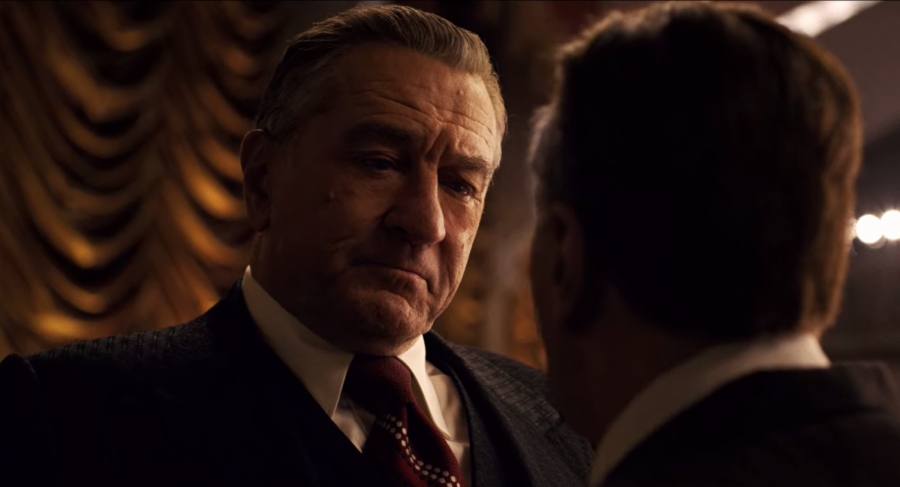 This review contains spoilers for Netflix’s “The Irishman.”

My go-to grading scale for mafia movies relies heavily on a single factor: how badly I wanted to join the mob after I finished watching it. Best said by Ray Liotta’s Henry Hill in ”Goodfellas,” “As far back as I can remember, I always wanted to be a gangster.”

So going into ”The Irishman” I felt I already had a beat on how the tone of the film would be. Martin Scorsese, Robert De Niro, Al Pacino, Joe Pesci – all the makings of your classic hard-hitting, mean-mugging, Italian crime family film.

But something was different with “The Irishman.” Not only did it not make me want to join the mafia, but it made me detest the thought of it in general.

The curtain had been drawn back, and I did not like what I had seen on the other side.

It didn’t glorify the mafia life. The shootings, beatings and stabbings – none of the characters felt tough. They felt cowardly.

“The Irishman,” based on the novel “I Heard You Paint Houses” by Charles Brandt, follows the post-WWII life of the real-life veteran-turned-mafia heavy Frank “The Irishman” Sheeran, played by De Niro, as he recounts his experiences from a wheelchair in a nursing home.

The film covers Sheeran’s life from driving meat-packing delivery trucks after the war all the way through his alleged involvement in the assassination of Teamsters leader Jimmy Hoffa.

The idea that “The Irishman’’ is Scorsese’s way of closing out a chapter of his film career has been floating around the internet for a while now, but I believe it bears repeating.

The deterioration of these once-feared mafia tough guys almost serves as a reflection of the communal careers of the actors involved.

It will be a long time before we see performances similar to Pesci’s and De Niro’s in “Goodfellas,” or until we get another “Scarface” on the level of Pacino.

And while the de-aging technology used in the film helped maintain the suspension of disbelief about these actors’ ages a bit, it’s still very apparent that these men have come a long way since their previously-mentioned roles.

Even though they do move a bit clunkier, and the beatdowns aren’t as brutal as they were 30 years ago, it doesn’t take away from the quality of the movie at all.

Scorsese does an amazing job at translating the film from its source material, and with a three-and-a-half-hour runtime he has the opportunity to flesh out some areas of the film that most likely would have been cut down if it had received a wider theatrical release.

“The Irishman” is definitely in my top 5 favorite Netflix films as of right now, and it is most certainly worth a watch.

Just make sure that you have plenty of snacks and take a bathroom break before you start watching.