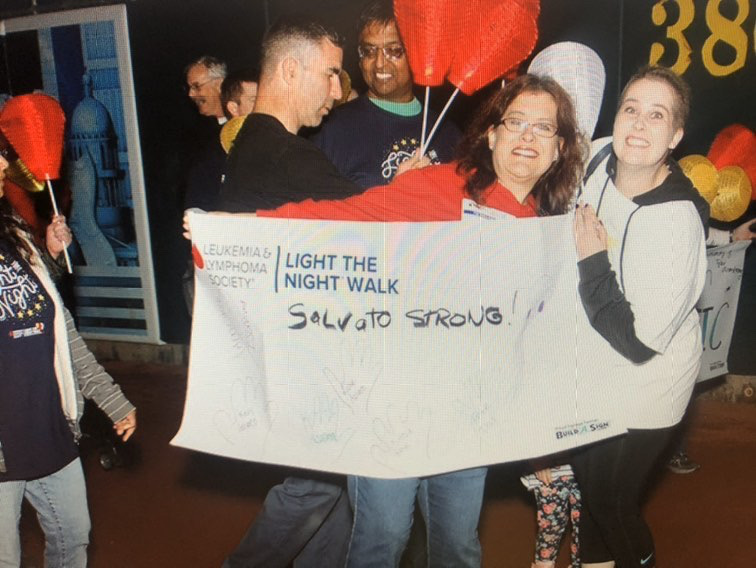 Jessica Salvato poses with her Mom Kelly Salvato during her first Light the Night Walk in November 2016, six months after being cleared from Hodgkin's Lymphoma. Salvato spend two years at Disneyland before returning to Sac State this year.

“I thought, ‘do I get to meet Ellen now,’” she joked of her first days after being diagnosed.  “But truthfully, my first thoughts were about what was going to happen to me and how this journey was going to begin.”

As a junior recreation, parks and tourism administration major at Sacramento State in 2016, Salvato was already battling the stress of maintaining good grades and preparing for graduation. Now she was also battling cancer.

Hodgkin lymphoma is a type of cancer that attacks white blood cells known as lymphocytes, which are active primarily in the immune system.

“As her Mom it was the worst moment of my life,” Kelly Salvato said. “And I felt helpless because I was used to being able to always fix everything and this was out of my hands.”

Salvato said that she attempted to spin her diagnosis in a positive light.

“With a smile and positive energy,” is how Salvato described approaching her illness. “I took it as a learning lesson and gained knowledge of my health and listened to my body when it needed rest and food. Luckily, I never needed any radiation, blood transfusions, or bone marrow transplants.”

On April 25, 2016, Salvato got the news that she was cancer-free. Treatments continued until August of that year, but she remained excited.  “I had crossed the finish line and my life was going to return back to the way it was,” she said.

“We knew from an early stage it was curable so it wasn’t a surprise she was cancer-free, but just hearing that she officially was brought so much happiness after many dark months,” Salvato’s sister Elizabeth Salvato said.

After her cancer cleared, Salvato’s life began to change. She was admitted to the Disney College Program for the spring of 2017.

The program offers courses surrounding the business of Disney parks and offers internships at the park. Salvato took the blended learning course at the Disneyland Resort and worked at Walt Disney World’s Disney’s Hollywood Studios in Florida and in the Disneyland Resort’s Disneyland and Disney California Adventure in Anaheim, California.

“I loved every minute of it,” Salvato said.“Being able to go there was such a great honor and I get to say that I was a part of the Walt Disney Company cast member family.”

Salvato graduated from Sac State the same semester she participated in the Disney College Program. 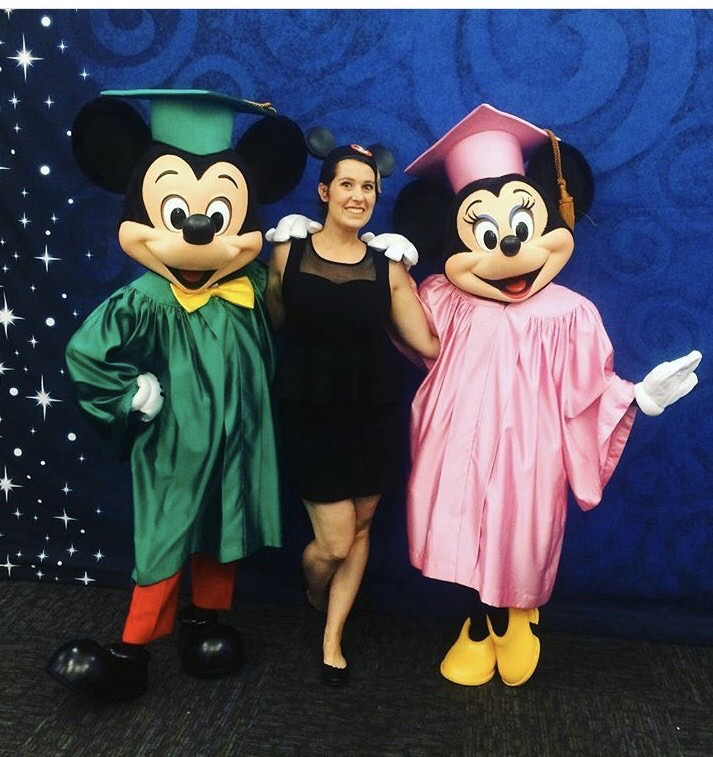 Courtesy of Jessica SalvatoJessica Salvato poses with Mickey and Minney at the Disney College Program Graduation Ceremony in May 2017.

“If there’s one takeaway from watching Jessica go through her battle, it’s perseverance,” said Salvato’s best friend, Nick Ahwal. “Jessica has not only become an advocate for cancer research but a hero to many that are going through similar circumstances. I am more proud than ever to call Jessica my best friend.”

Following her graduation, Salvato became a full-time cast member at Disneyland and Disney’s California Adventure Park. Most notably, she was selected this past summer as one of the 1,400 opening-day cast member team for the Star Wars: Galaxy’s Edge expansion in Disneyland.

“I was nervous because there was such a level of storytelling that we were expected to provide the guests and I hadn’t seen all of the Star Wars movies,” Salvato said. “But, I was thrilled to be part of Disney history.”

Salvato returned this fall to Sacramento State’s College of Continuing Education to pursue a meeting and event planning certificate that she is expected to finish in May.

Salvato also works as a campaign lead for The Leukemia & Lymphoma Society in Greater Sacramento.

Ashley McAllister, one of Salvato’s good friends, said that Salvato has influenced her personally.

“She taught me that you have to see the positive in every situation,” Mccalister said. “She took such a bad thing and turned it into something that she’s grown from and has changed her life for the better. She pushed through and came out on top.”