Senior double major considers himself same as any other working student 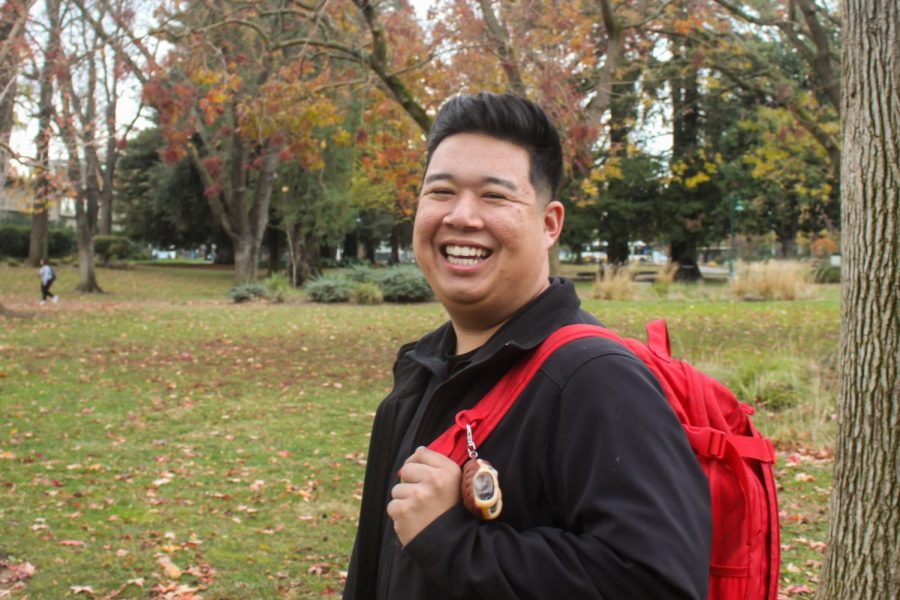 Kevin Nguyen is an on-air personality for 106.5 The End as "Intern Kevin." Double majoring in biology and communications, Nguyen is a senior at Sac State.

Kevin Nguyen, better known as on-air personality “Intern Kevin,” has learned to manage the many hats of being a social influencer, radio host and Sacramento State student.

Nguyen, who is a senior at Sac State and a double major in biology and communications, started interning with radio station 106.5 The End’s show “The Wake Up Call” in 2013 and now holds the social media manager and digital content manager positions for parent station KUDL’s website.

Nguyen recalled how he first got into the radio industry, shared tips and advice, as well as how he juggles being on-air as “Intern Kevin” and a Sac State student.

“If you want to be on the radio, (or in any) media career I would suggest looking for internships, or starting off as a street team,” Nguyen said. “A street teamer is someone that goes to the events, interacts with listeners and plays games. That gets your foot into the door.”

As a long-time listener of 106.5 The End, Nguyen was recognized by the radio station at a color run.

Katie from “The Wake Up Call” described Nguyen as a “sweet angel baby.”

““So proud to see him grow as our intern to a full member of the show,” said Katie, who asked to use her on-air name to protect her identity. 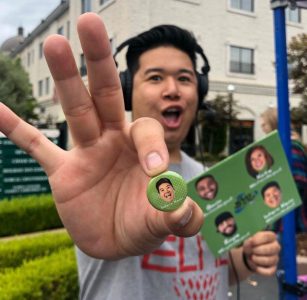 Photo courtesy of Kevin NguyenOn-air personality Kevin “Intern Kevin” Nguyen on the job with 106.5 The End’s “The Wake Up Call ” live broadcast during their Sac Town tour. This event consists of the radio station going to different cities every Friday during the summer to meet listeners.

Nguyen graduated high school in 2012 and began interning in 2013. Nguyen represents 106.5 The End, but doesn’t consider himself a public figure.

“I don’t consider myself a public figure. I’m still like any other college student, still getting opportunities that I’ve never had before, and when I get them I get so excited,” Nguyen said. “I actually love when people come up to me because I can actually put a face to our listeners and we create that bond because you can get music anywhere.”

Jorge Torres from 106.5 The End described Nguyen as having a “vibrant energy.”

“Kevin’s personality is the best thing about him, you can never be sad around him,” said Torres.

As a radio personality representing 106.5 The End, Nguyen attends concerts and community events.

Nguyen recently acted as the master of ceremonies at the Run to Feed the Hungry event, which started at Sac State and ran through East Sacramento.

“(This) was a huge honor because I’m also a Hornet and I got to represent my radio station at 106.5 The End and also my college. That experience for me was the best highlight so far,” Nguyen said.

Despite not viewing himself as a public figure, Nguyen said he finds it rewarding when listeners take the time to follow along with his life. He manages an Instagram and Twitter account to stay close to his followers and update them on his daily thoughts and events that plans on hosting.

Hahahha i been caught ahhaha https://t.co/NFeSS94Sdp

Nguyen said his coworkers at “The Wake Up Call” hosts Gavin and Katie are two of his role models and two people that helped launch his career.

“Gavin and Katie literally started my whole radio career, Nguyen said. “I wouldn’t be here if it wasn’t for them.

Gavin from “The Wake Up Call” said he is proud of Nguyen’s progress.

“Kevin is good at what he does and I’m proud of how far he has come,” said Gavin, who also asked to use his on-air name.

When not working at the radio station, Nguyen’s life isn’t any different from any other working college student.

“After work I go straight to Sac State, do all my classes, end them around 4 or 5 p.m. then I go to the library to finish all my homework before I actually go home and then when I finally get home, I eat dinner and then just repeat,” Nguyen said.

Nguyen said that while his family was initially wary of his career choice, they are now proud of him after seeing the hard work he’s put in to achieve it.

“My family at first was skeptical because I was (originally) going to be a doctor majoring in biology, but when I told them I wanted to do this instead (and) they saw how happy I was, they were understanding of me taking on another major,” Nguyen said. “Two pieces of paper. They were so proud, to see that I’m going to get two bachelors.”

Outside of work and school, Nguyen enjoys playing video games, as well as binge-watching Disney+. Nguyen said after graduation, he is planning to pursue his master’s in biology and a career in teaching.

“I’m going toward my master’s because I’ll be the first in my family to get a master’s,” Nguyen said. “So that’s really exciting for me. I want to get my master’s in biology so I can teach in high school and college-level classes. I feel like kids need that guidance from someone they can respect and I want to be that teacher for them, that professor that they can come to and they can share their experiences if they’re not having a good time at home. Being that person to help change someone’s life is really what I want to do.”