Performances will be held Sunday afternoon at Capistrano Hall 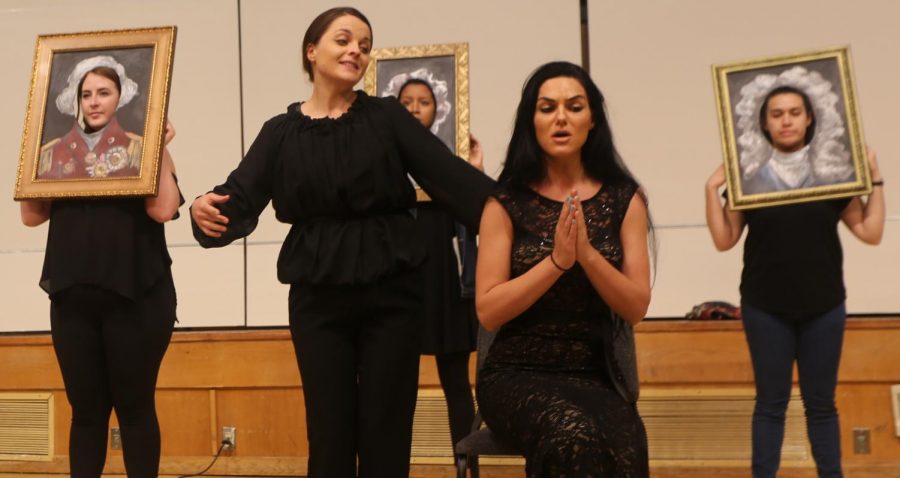 Sac State’s Opera Theatre will perform scenes from classic operas such as “Macbeth,” “The Magic Flute” and “Hansel & Gretel”  Sunday, from 2 to 3:30 p.m. at Capistrano Concert Hall.

Ryan Murray, the Opera Theatre’s director and conductor, said he and the performers want to return opera to its roots as an art form for everyone’s enjoyment and change the genre’s reputation as being elitist and stuffy.

“I think opera is some of the most beautiful music out there, but it’s also really fun. Historically, opera was the music of the people.” Murray said. “Opera is loud, crazy, beautiful and fun. We’re not reinventing the wheel but we’re bringing out those elements that have always been there.”

The fall program will incorporate a mix of comedy and drama with nine distinct scenes from some of opera’s most famous arias.

Galina Orlova, a Sac State vocal performance graduate student, said she grew to love opera for how it combines acting and singing.

“I originally wanted to be an actress and I didn’t like opera when I was a child, now I really love it because it’s a difficult art,” Orlova said. “You have to perform, you have to move and think like an actor, and you’re also a singer.”

Fellow vocal performance graduate student Tatiana Grabciuc said part of the appeal of opera is how it pushes vocal cords to their limits.

“Classical singing challenges the human voice to the maximum of its capabilities,” Grabciuc said. “It contains the highest notes and the lowest notes. I want audience members to be inspired by that style of singing and enjoy it.” 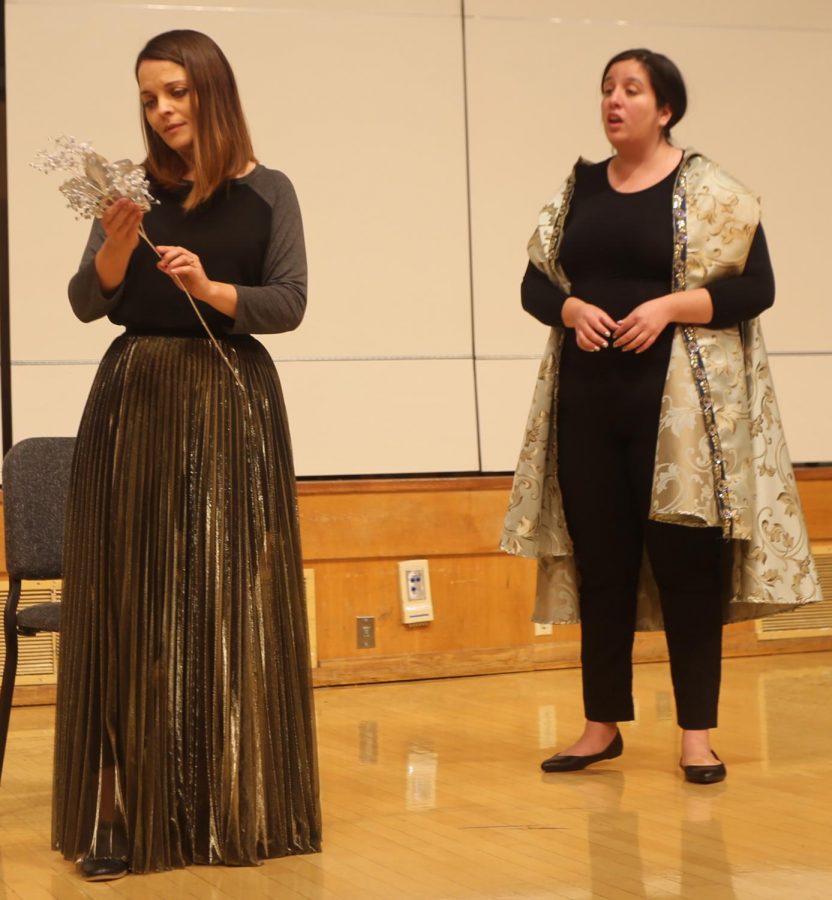 Patrick WalshTatiana Grabciuc and Valerie Loera rehearse an aria for the Opera Theatre’s fall program. The show will be perfomed Sunday at Capistrano Concert Hall at 2 p.m.

Grabciuc attributed her growth and improvement as a performer to her vocal coach, Sac State music professor Claudia Kitka.

“As singers, we tend to be very emotional and that affects the technique,” Grabciuc said. “(Kitka) helped me to master the technical aspects first and then add the emotion.”

Junior and vocal performance major Amandine Edwards said comedic elements, emotion and drama are why opera has endured as an art form.

“The vulnerability of live performance is what keeps bringing people back,” Edwards said. “We want to see something human, we want to see the struggle that we all feel.”

Senior and vocal performance major Savannah Swan also said the combination of comedy and drama is what makes opera unique. She added that the show coming up will be a new take on the classic opera scenes performed.

“Our show is old material, but staged in a very fun and new way,” Swan said. “It’s very modern and it’s very wacky. It will draw people to opera in ways that they wouldn’t expect.”

Tickets are currently $10 for general admission, $7 for seniors and $5 for Sac State students (with valid OneCard). For more information visit Sacramento State Opera Theatre on Facebook.