Fatal 'off-campus gathering' will not receive closer look from university 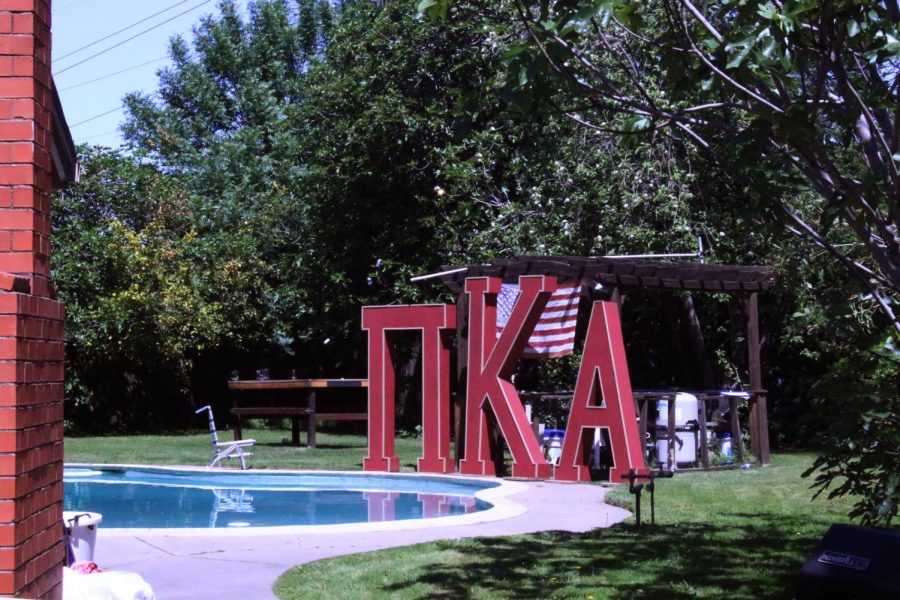 Large Greek letters are visible next to a backyard pool over the fence of the home where 21-year-old Sac State business major and Pi Kappa Alpha member William Molina died after being shot by a pellet gun Friday, April 12. Members of the university's chapter refer to the home as 'The Fratican.'

Following the end of a six-month police investigation into the death of William Molina, a Sacramento State student and Pi Kappa Alpha member, university officials said they will not investigate the fraternity in relation to the incident.

The Sacramento Police Department’s investigation into Molina’s death ended last month and was followed by the Sacramento County District Attorney’s Office decision not to press charges.

Molina was a 21-year-old business major and Pi Kappa Alpha member who died from a “penetrating pellet wound to the chest,” according to the Sacramento County Coroner’s report.

Molina was shot in April at an “off-campus gathering” at an unofficial fraternity house on Lycoming Court and later died from his injuries at UC Davis Medical Center.

Rod Norgaard, Sacramento County assistant chief deputy district attorney, said the DA found the death was a “tragic accident and that the facts did not warrant the filing of any criminal charges.”

Beth Lesen, Sac State’s associate vice president for Student Affairs and dean of students, said shortly following Molina’s death that, “the university (would) decide what its next steps will be,” once the police investigation was over.

Sac State’s Student Organizations and Leadership (SO&L) recently completed an investigation of Pi Kappa Alpha that ran from Oct. 14 to Oct. 28 according to Nicki Croly, interim director of SO&L. Croly said the investigation was not “directly related to the death of Will Molina.”

According to an email from Anita Fitzhugh, a Sac State public information officer, the investigation into Pi Kappa Alpha was due to a “potential policy violation.”

“A preponderance of evidence does not currently exist to support this (violation),” the email read.

Fitzhugh added that the university did not conduct any investigation into Molina’s death.

“The Sacramento Police Department conducted the investigation,” she said.

Sac State primarily does not have official housing for Greek organizations. Only one chapter, Alpha Phi, has a home recognized by the university.

The university said it does not monitor students in Greek life living together off campus unless they violate university policies.

A 2017 California Public Records Request filed by The State Hornet, which detailed all cases of reported Greek life punishments between 2015 and 2017, listed four incidents of off-campus, unofficial houses being used as chapter houses for official Greek life events, a violation of university policy.