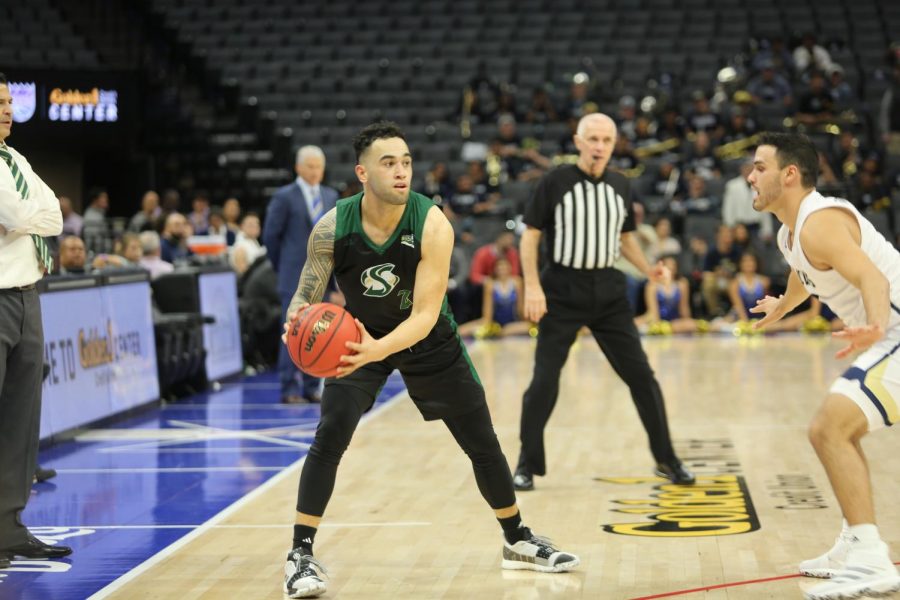 For the third time in its Division I era, the Sacramento State men’s basketball team begins the season 4-0 following a 77-72 come from behind road win Saturday night at Pepperdine University.

The Hornets played their first game of the season outside of Sacramento and were faced with adversity early on.

Sac State and Pepperdine (3-3) exchanged shots for the first 16 minutes of the game before the Waves closed the first half on a run.

A jumper from Sac State junior forward Ethan Esposito cut the Pepperdine lead to 22-19 with 4:15 left in the first half.

The Waves responded with an 8-1 run before taking a 34-23 lead into halftime.

The Hornets, whose defense has been primarily responsible for their perfect start, came out with an offensive explosion in the second half, going on a 15-0 run to erase the double-digit halftime deficit.

Sac State shot 43% for the game and outscored Pepperdine 54-38 in the second half. The Hornets also outrebounded the Waves 42-31.

The Hornets continued their dominance on defense by forcing 17 turnovers and finishing with 10 steals in their 77-72 victory Saturday night.

Sac State is back on the road next Saturday, Nov. 30 when they play at the University of Colorado, Boulder at 6:05 p.m.